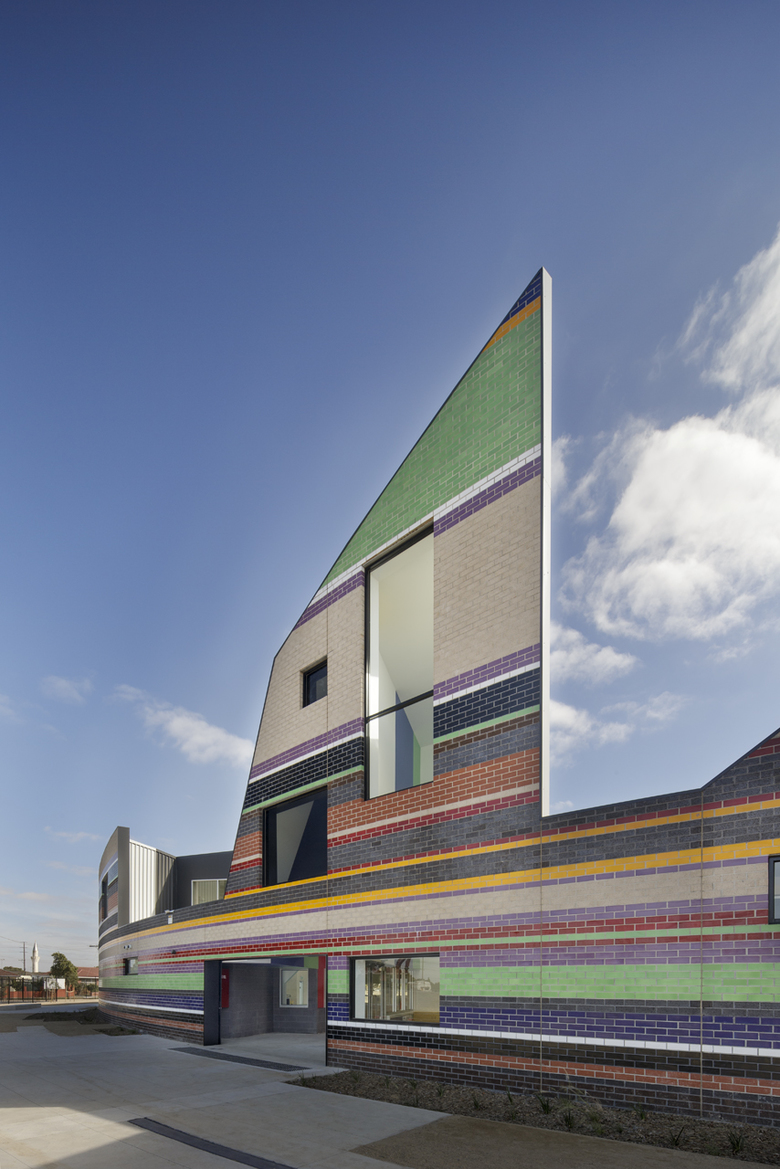 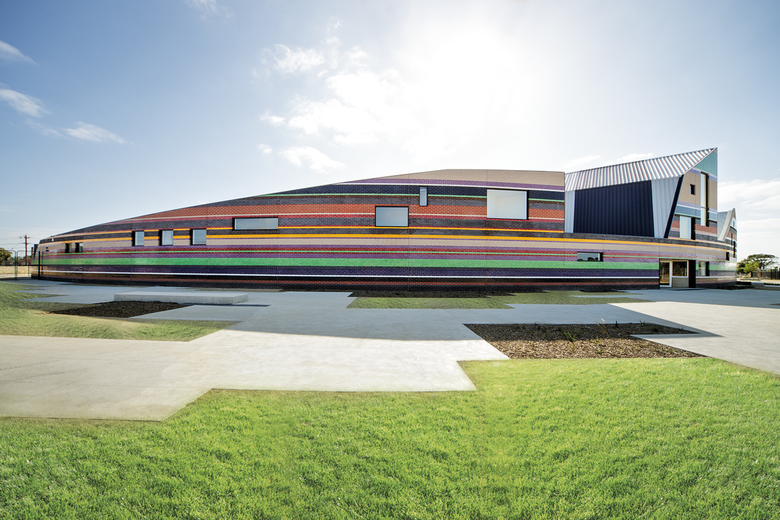 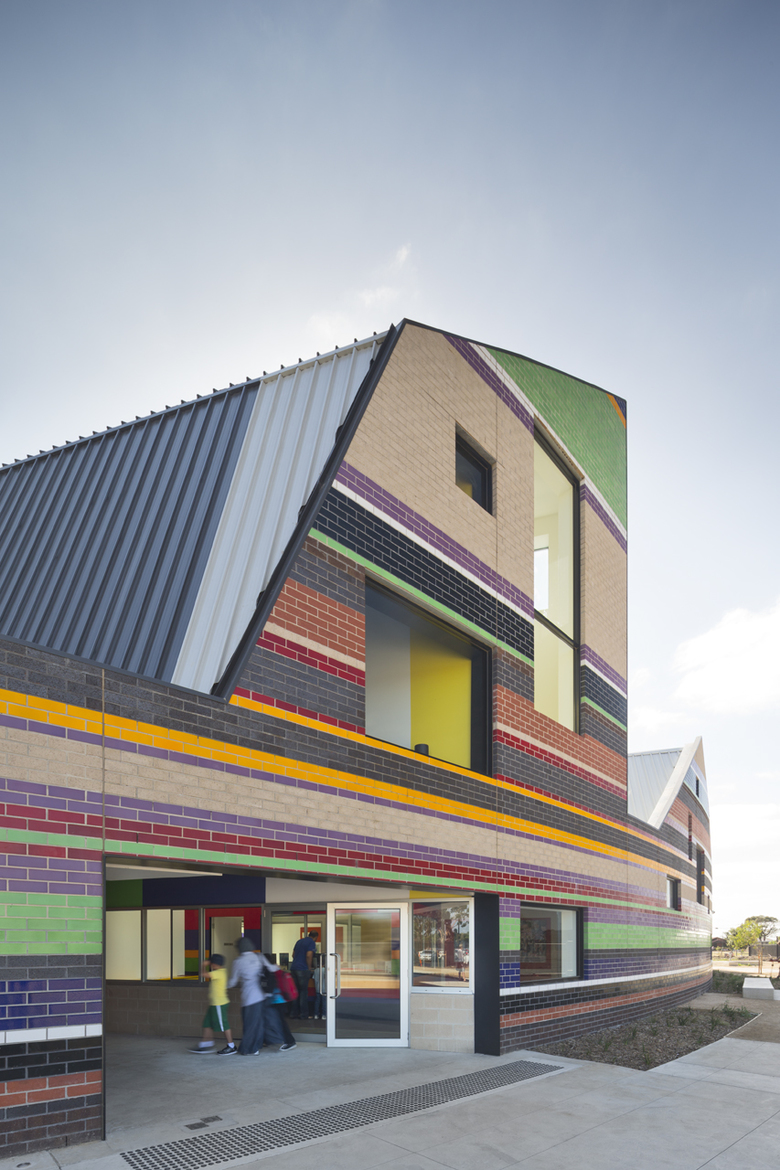 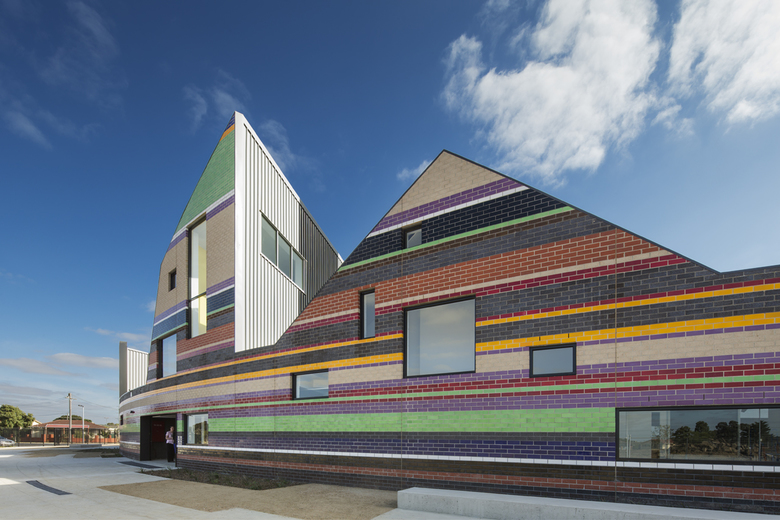 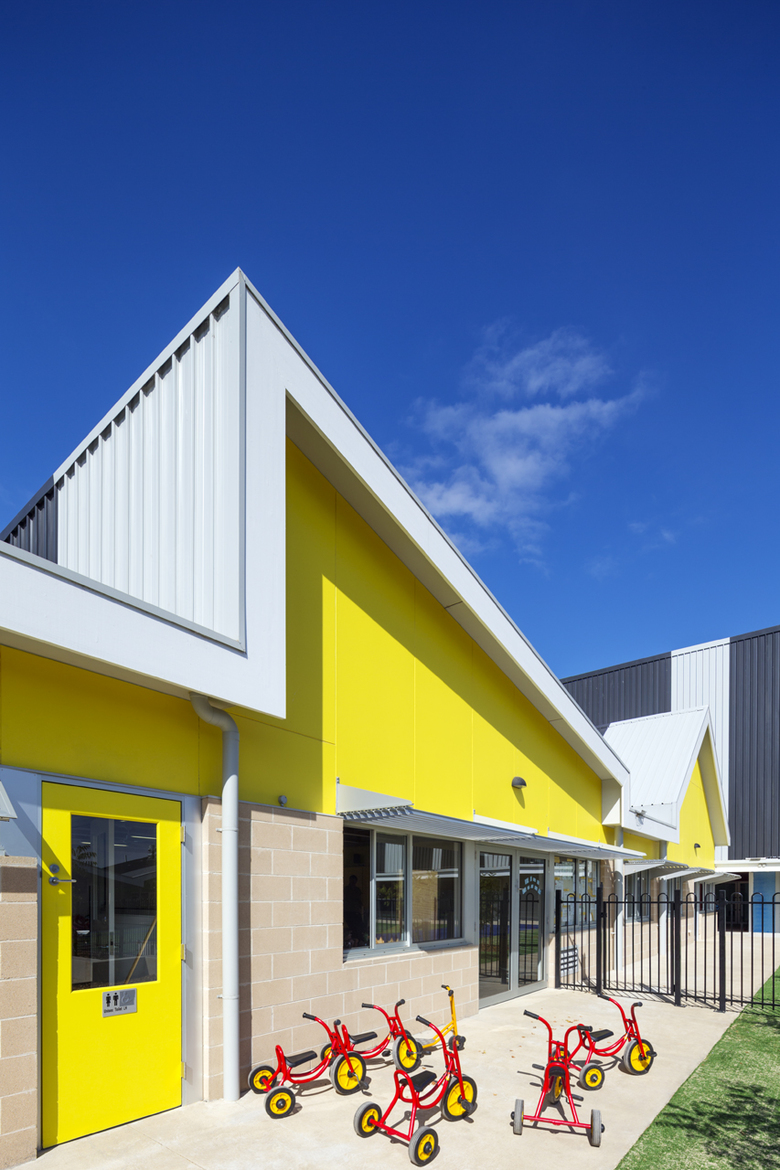 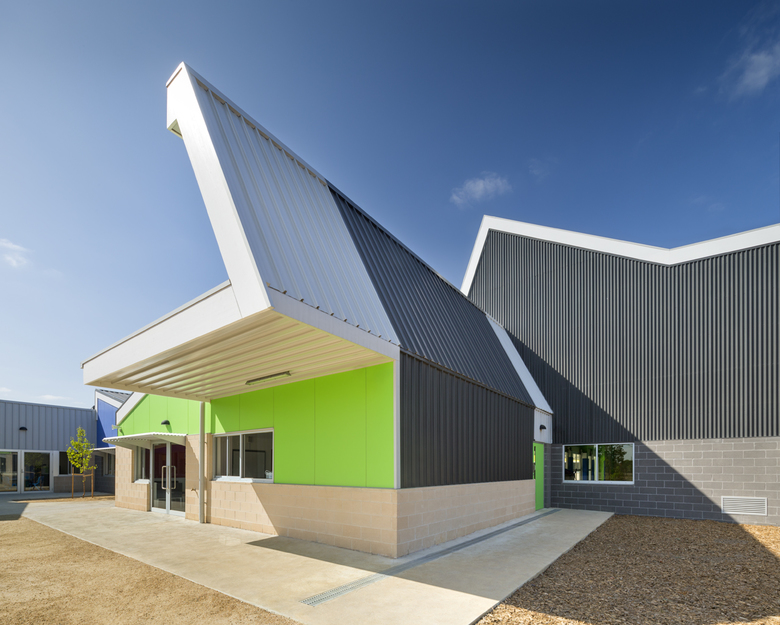 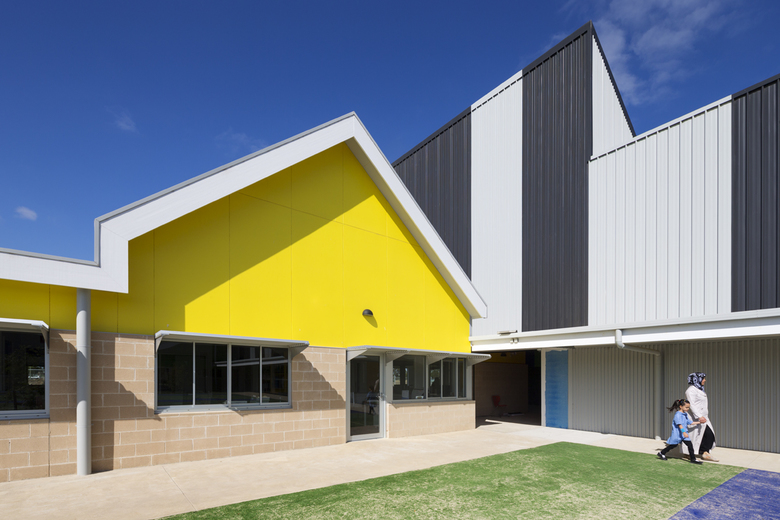 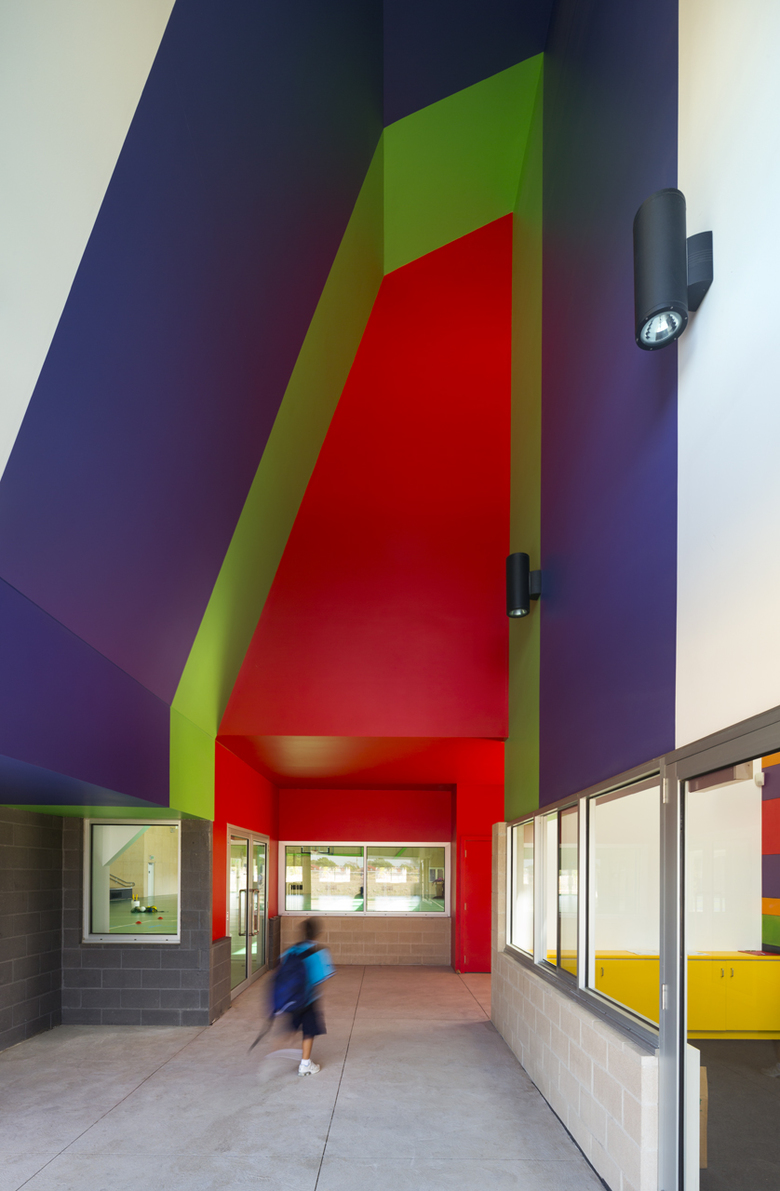 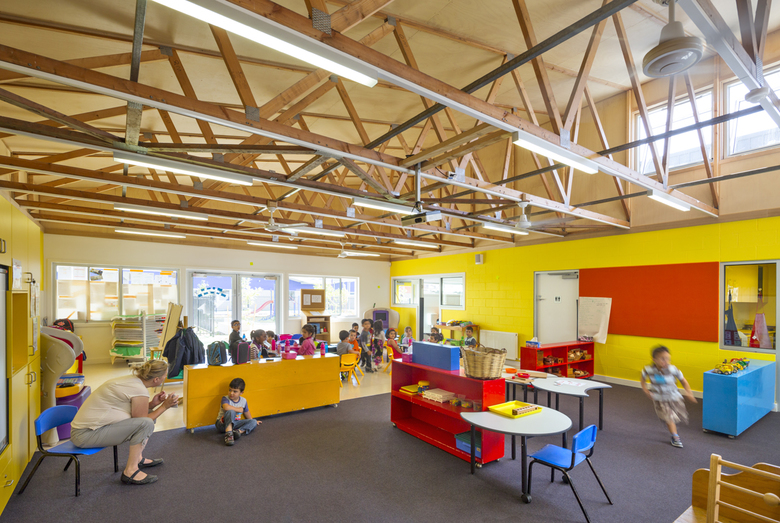 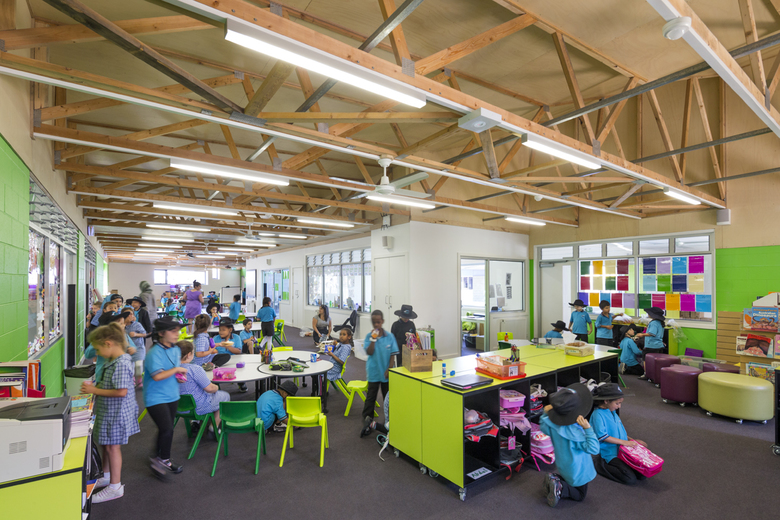 Dallas Brooks Community Primary School is an amalgamation of three local primary schools in Dallas, Broadmeadows, in the North of Melbourne. It is part of a number of public school developments in the area collectively referred to as the Broadmeadows Regeneration Project. Broadmeadows has a proud working class history, however in recent times its strong manufacturing base has waned. Broadmeadows has also been a beneficiary of the latest wave of immigrant to Melbourne and recent immigrants from Turkey, Iraq, Lebanon and Sudan compose greater than 60% of the population. Dallas, in central Broadmeadows, is subject to these recent demographic changes. Dallas too also has been awarded the dubious honour of Melbourne's most financially underprivileged suburb.
The Broadmeadows Regeneration Project is a Victorian government initiative aimed at producing positive social change in a community where the lack of community services, poverty, crime, and social marginalisation represent genuine challenges.
The school acts as a walled city, linking small communal teaching spaces with open courtyards. The plan is arranged to produce several shared spaces, sheltered by the surrounding classrooms and community facilities. Furthermore, the teaching spaces are planned so that students move cyclically through the school, with their physical progression around the campus diagramming their educational progression from the Early Learning Centre, through to the final years of primary school. Each learning community represents a different pedagogical model, expressed through different planning principles, driven by an overarching aim to improve literacy, numeracy and creativity in the students. In this way the planning endeavours to construct an atmosphere that facilitates a fluid and rich journey through the early years of early academic life.
From the outset, the community expressed an interest in the use of colour to provide warmth and vibrancy to an otherwise barren site. Taking inspiration from the rings of Saturn, we chose to band the outer wall in a playful gesture of colour and movement, and thus produced a wall that was both functionally protective whilst also being a civic gesture and an invitation to participate in the shaping of the suburb's future. The form of the wall itself silhouettes the architectural context of the school, mimicking housing, industry and the ecclesiastic.
Despite facing real constraints in terms of budget, bureaucratic stagnancy, and community diversity, the school has managed to develop a school facility that incorporates an Early Learning Centre, a major Gym Hall and performance area, a broadcast room, and industrial style community kitchen and gathering space, a food technology teaching area and an adult learning centre. Furthermore they have managed to accommodate the almost doubling of their projected school population and now facilitate maternal and infant welfare services. As a realised project, this project represents a victory of a school community over inaction and their own marginalisation. Architecturally, the project is a sensitive response to a community's needs, generating a unique educational environment, and producing a focal point for Dallas, both as a point of common ground, and as a generator for the suburb's future potential.