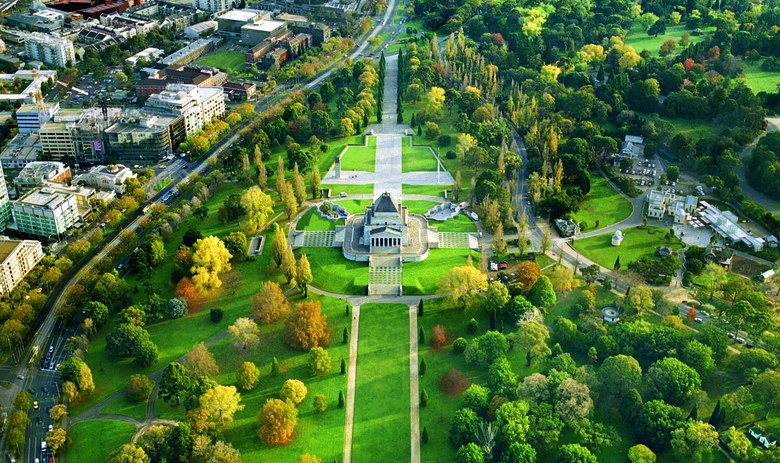 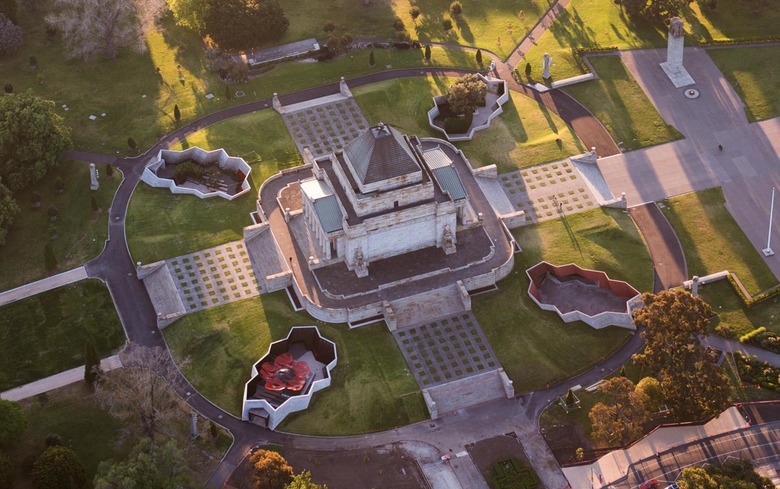 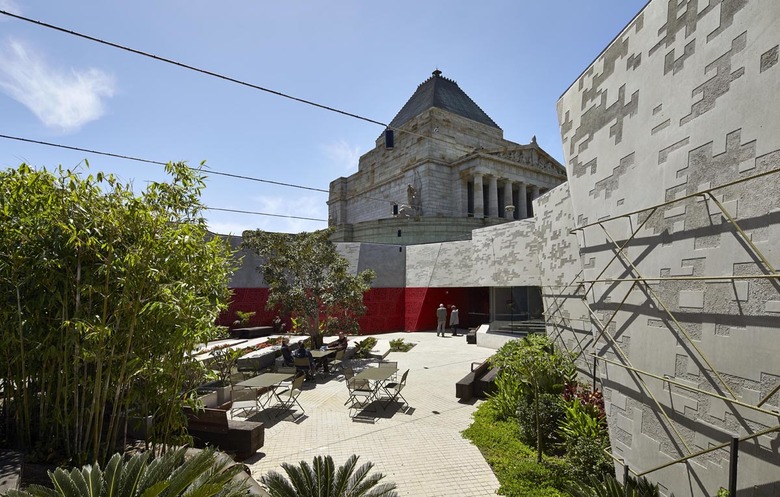 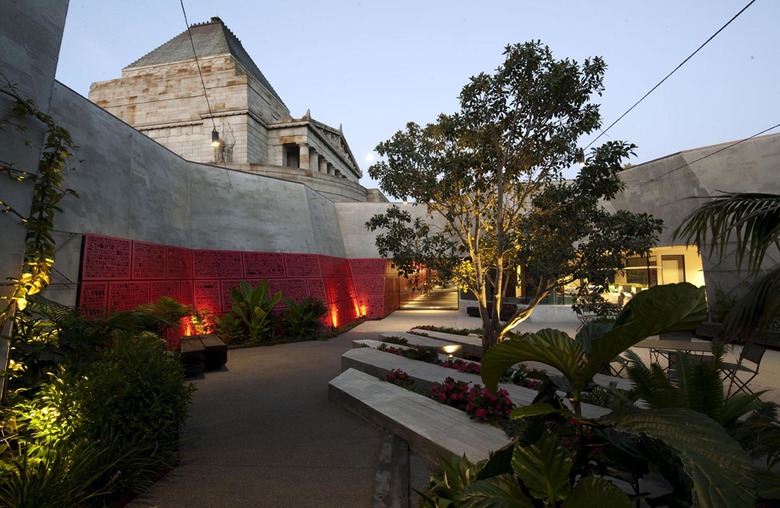 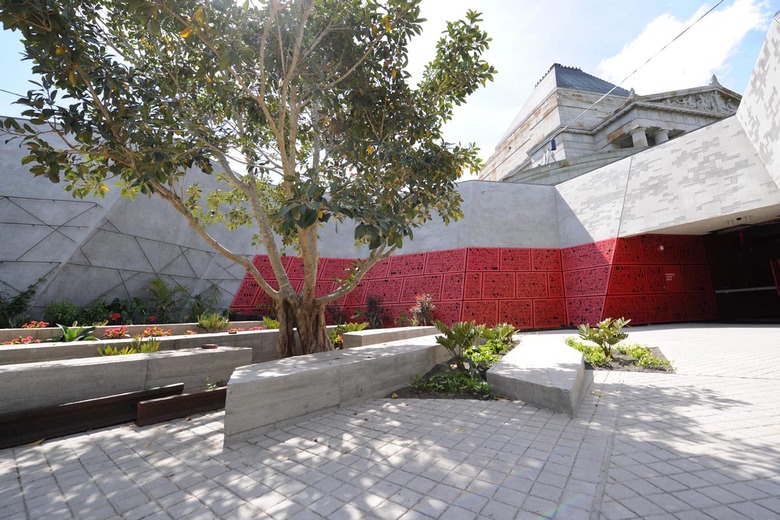 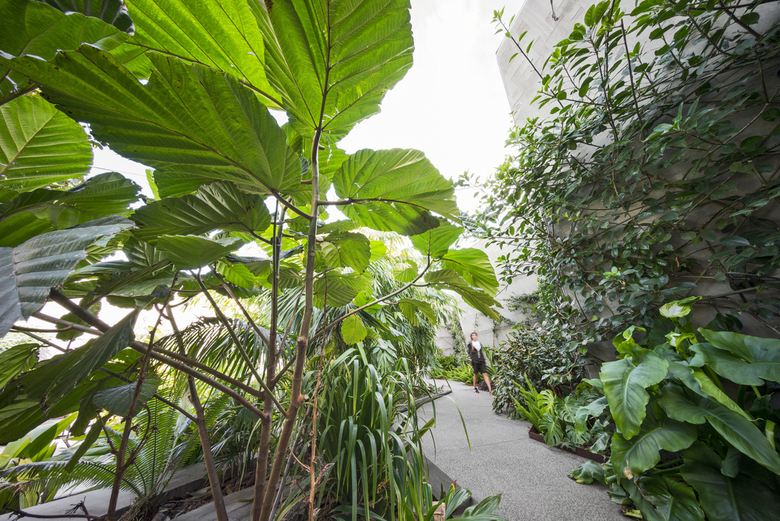 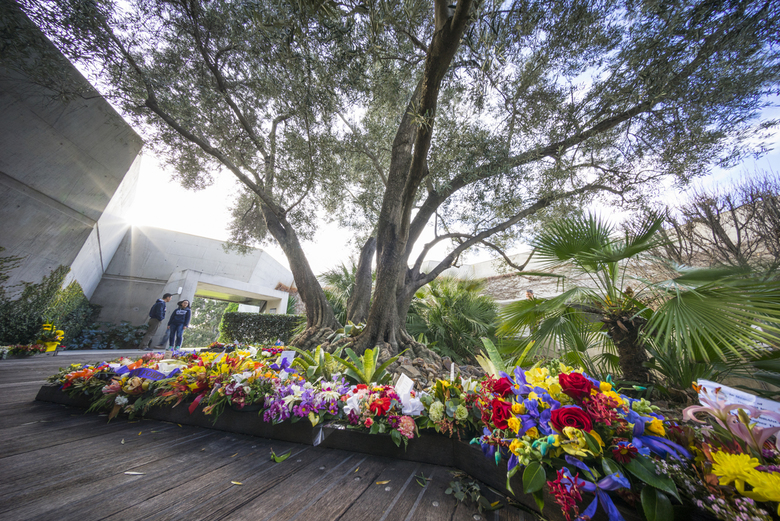 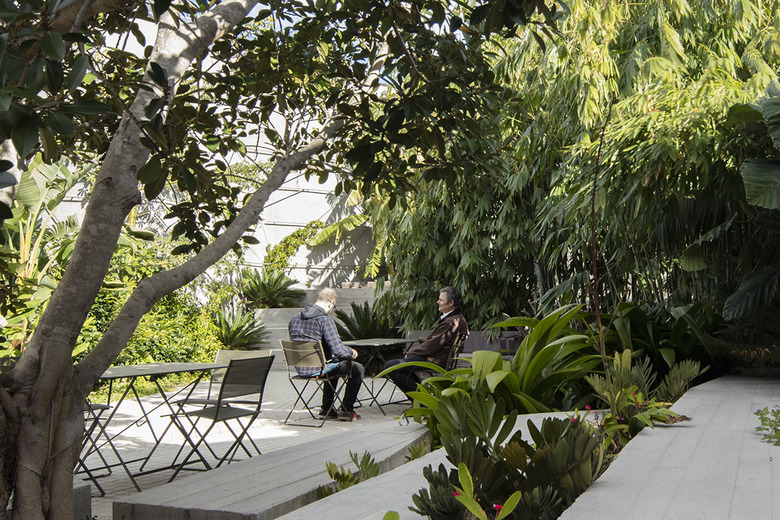 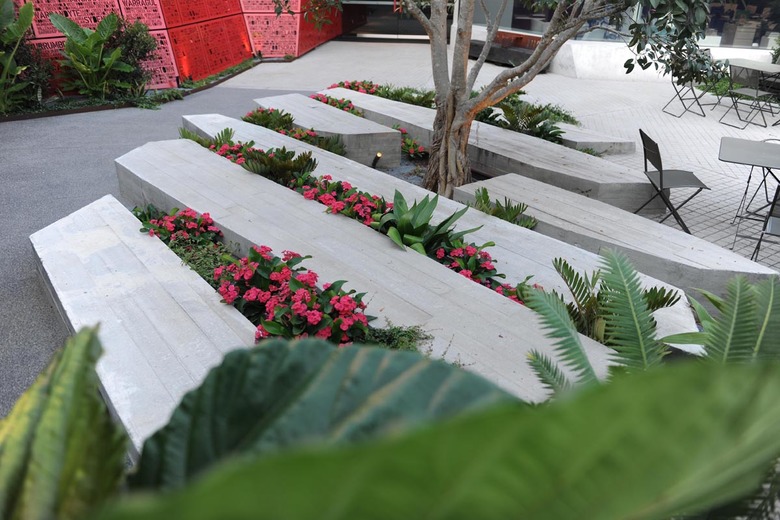 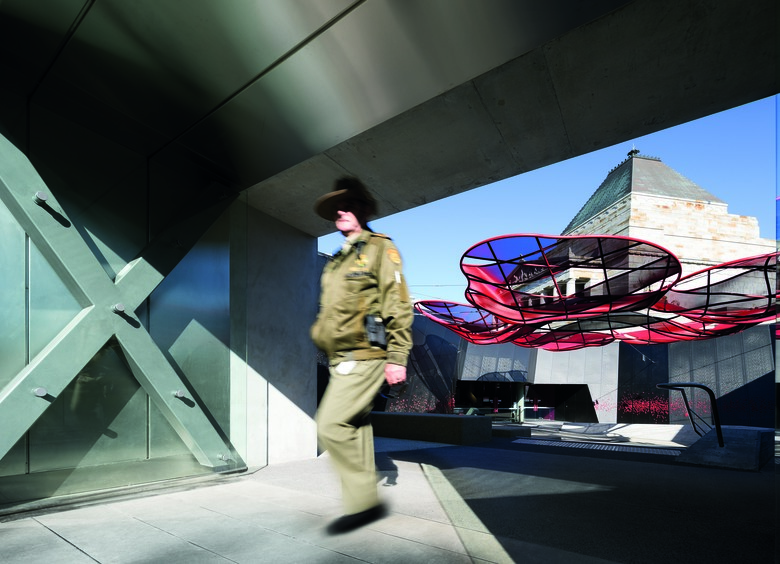 The Shrine is Victoria's most significant community memorial. Funded originally by donation, the building and its grounds terminate the main civic axis of Melbourne. The Shrine has had two significant stages of alterations and additions since it was first constructed to the original Hudson & Wardrop design in 1934. These are the WW2 forecourt, opened in 1954 by Her Majesty Queen Elizabeth on her first visit here, and the new Visitor Centre (2003) and Galleries of Remembrance (2014), with the four courtyards designed by Rush\Wright Associates (RWA) and Ashton Raggatt McDougall, Architects (ARM).

The courtyards are central to the parti of the new project at the Shrine, and are landscape schemas par excellence. Each has a different function, and design character, with a particular narrative and design aesthetic. The courtyards form a compliant, ramped visitor entry, a schools entry and orientation space, staff break out, and spaces for wreath placement, contemplation and the positioning votive poppies.

The courtyards are designed to be evocative - and provocative - creating moods and triggering emotional responses. The designs variously explore loss, emptiness, memory, intrigue, technology, ruins, fortifications, camouflage, blood spatter, military craft and the power of symbolic planting design. The courtyard are not memorials per se, but carefully calibrated experiences forming a critical part of an engaging visit for tourists, school groups and many service men and women.

The completion of the four courtyards completes a phase of work which has included continuous involvement by Rush\Wright Associates since 2000, comprehending the Reserve Masterplan (2000-2004), Gallipoli Memorial (2006), Fromelles Memorial (2008), Five Year Tree Plan (2009-2015) and Birdwood Avenue improvements (2014). The practice remains involved in the careful management of the two planted courtyards, in particular tending to the very fast changing and richly planted Terrace courtyard on the south west, dedicated to evocation of the Pacific and South East Asian theatres of service, sacrifice and peacekeeping.

The project resulted from a very effective collaboration between architect and landscape architect, with complementary and not readily distinguishable roles. The ARM parti of the faceted, below grade ramped entry courtyards set the scene, but the contents and design themes are mutually attributed in varying degrees.

Here, on Melbourne's ideas axis, we are all on show. Design here is an act of Service. The results speak for themselves. Since 2003, when Rush\Wright Associates and ARM, visitation to the Shrine has almost trebled to exceed one million visitors per year. The project has won numerous architectural awards, including twice winning the prestigious Victorian Architecture Medal.