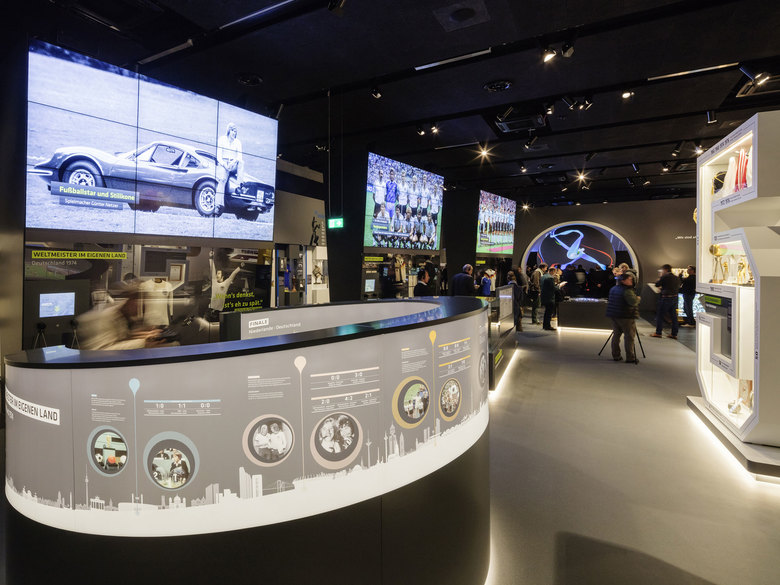 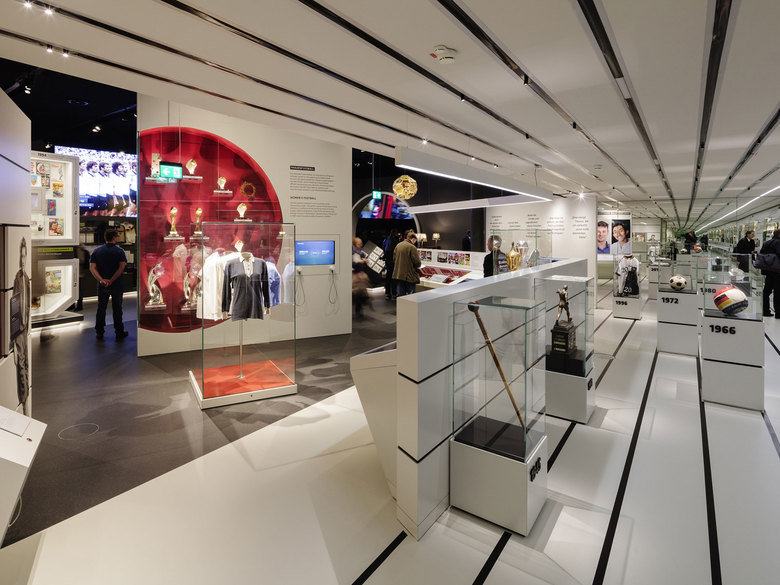 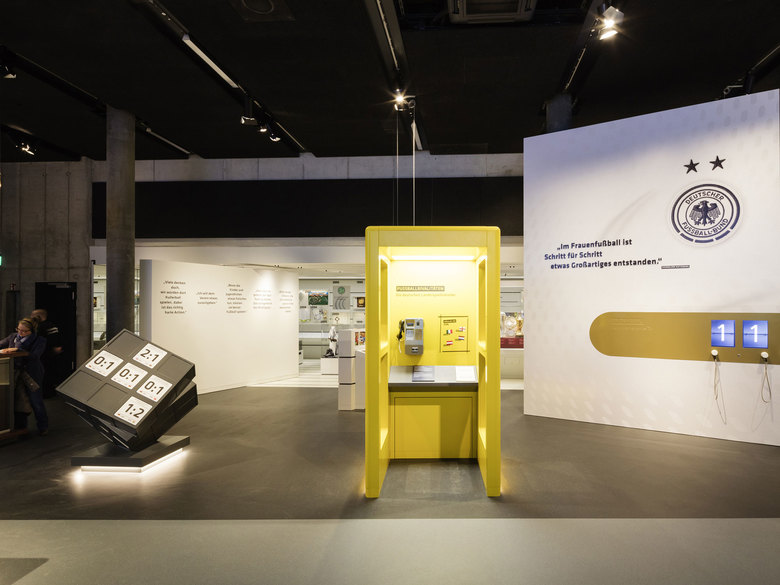 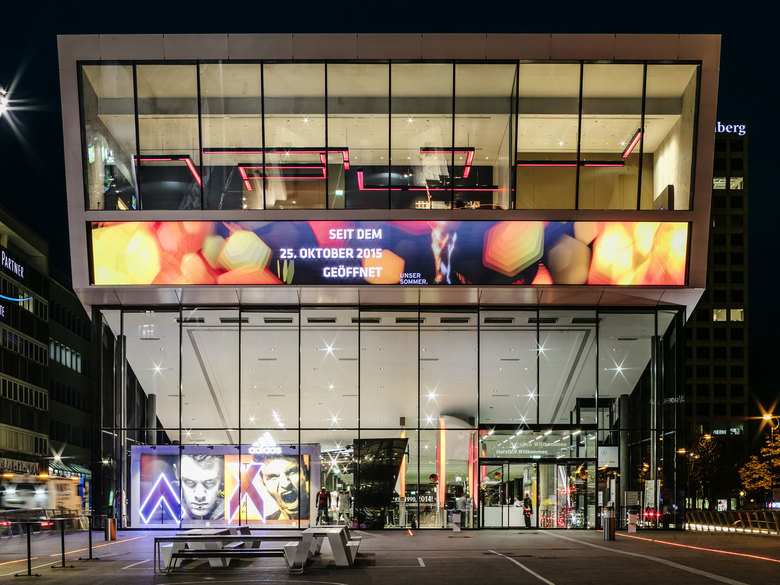 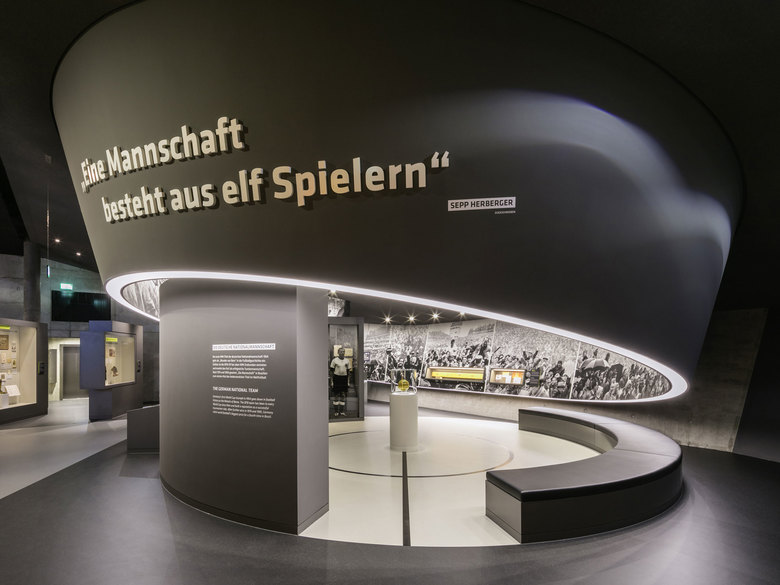 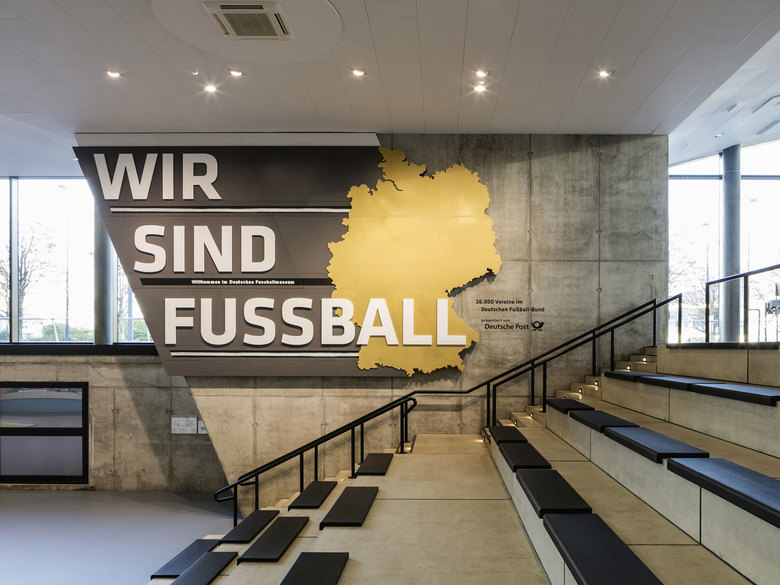 Few topics have the power to unite and divide a table of fellows like football does. The enthusiasm for the probably most popular sport on earth remains unbroken and is now even more noticeable in Germany with the World Cup title of 2014.

Situated right next to Dortmund Central Station, the newly built German Football Museum is a monument to this and many other titles, events and emotions that have molded German Football the way it its today. Its architecture carries the signature of HPP Hentrich Petschnigg & Partner Architekten, Düsseldorf. Due to the limited space available, the building is of rather narrow form. Using this circumstance, the designers gave the construction an arena-like appearance and fitted it with details such as a media facade in the entrance area and a glazed foyer base. Most parts of the multi-purpose building´s envelope consist of a punctured metal facade that is backlit with motifs of the football museum, giving them a pixelated look.

Visitors of the Museum will find themselves bound by a multi-media exhibition with a total of 1.600 pieces soon after they set foot in the foyer. TRIAD, a creative agency focussing on spatial communication, was contracted with the draft of the interior concept – and they created a marvellous world of experience for those interested in German Football.

Lindner war involved in the construction of the museum and contributed various works at a value of over 3.5 Mio Euros to the interior fit-out. They include hollow floors, diverse high-quality dry construction works and steel works.

The main part of the works consisted of sophisticated, custom-made exhibition constructions, including display cases, counters and wall claddings. While these constructions are based on glass, timber, steel and cloth, many of them also feature integrated LED illumination technology. Another visual delicacy built in the Lindner carpentry is the motto of the Museum “Wir sind Fußball” (We are football), which is cladded to the wall of the Museum´s entrance area.

The development of this large number of custom solutions with various materials is what made this project a challenge, from the beginning in the planning phases until its successful completion.

There were three departments of Lindner Group involved in this project: Lindner Objektdesign GmbH, contracted with Interior Fit-out and Furnishings; IWS Lichttechnik GmbH, which supplied luminaires; and the specialist Division for Flooring Systems.