A New Perspective in Rotterdam 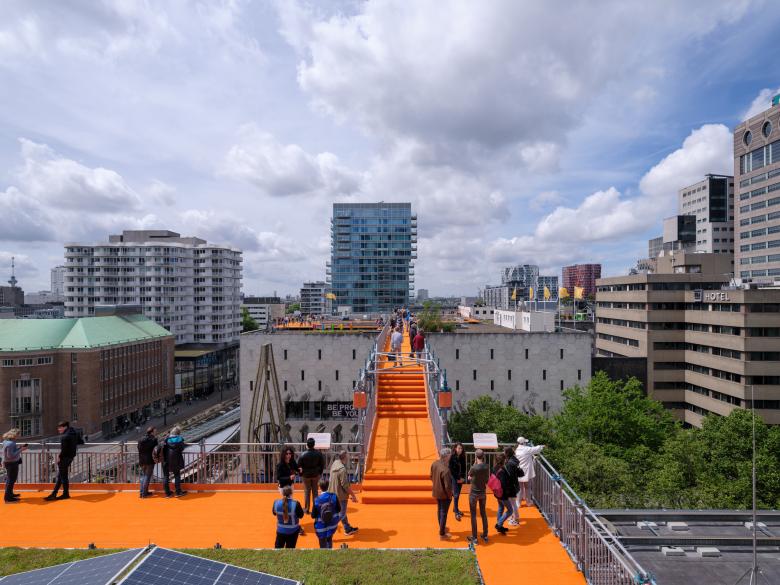 The Rotterdam Rooftop Walk is a temporary installation designed by MVRDV for Rotterdam Rooftop Days, giving visitors a different experience of the city from an "orange carpet" at a height of 30 meters. John Hill, Katinka Corts

Where Are the Women Architects? 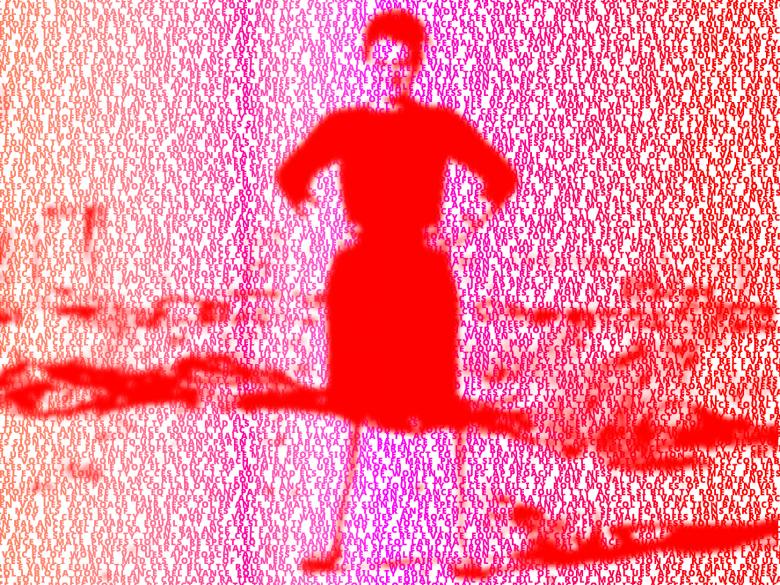 Compared to their male colleagues, female architects still do not receive the recognition they deserve. Art historian Ursula Schwitalla and architect Christiane Fath are committed to increasing the visibility of women in the architectural profession, having founded the Katinka Corts

'We Must Arrive at a Happy Contentment' 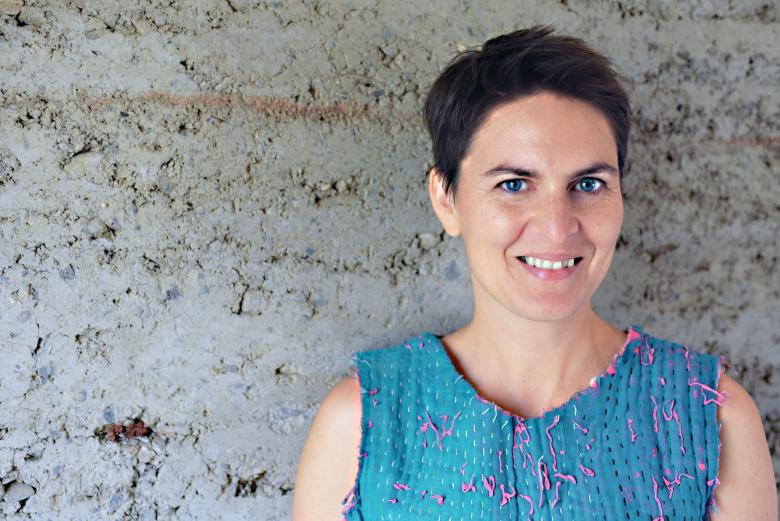 Anna Heringer has already developed projects in Bangladesh using updated traditional building methods, and she is currently implementing a school complex in Ghana. In our interview, she argues in favor of a political change of thinking towards truly sustainable action and construction in... Katinka Corts

Mike Schlaich on the Wrapping of the Arc de Triomphe 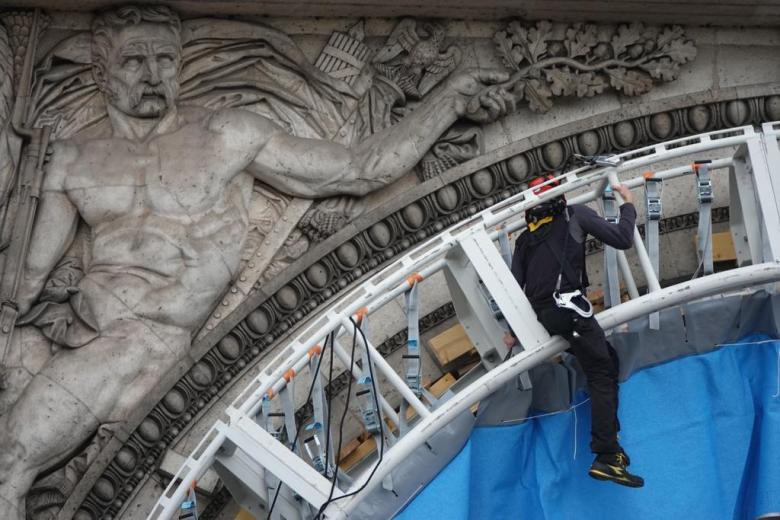 For a period of two weeks starting in late September, the Arc de Triomphe was only recognizable by its shape. Schlaich bergermann partner (sbp) implemented the wrapping project of the artist couple Christo and Jeanne-Claude in Paris. Katinka Corts spoke with Mike Schlaich on the engineering of... Katinka Corts

Healing Architecture: The Hospital after COVID 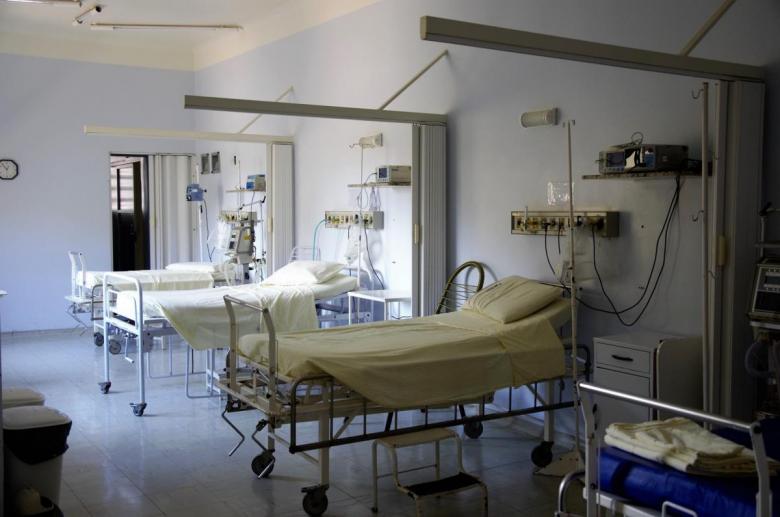 Is architecture able to heal? How can the working conditions of nursing staff be improved? And is this actually affordable? These were the issues discussed by experts at the roundtable "Organismus Krankenhaus nach Covid-19" (Organism of the Hospital after Covid-19) in Vienna on October 14th. Katinka Corts

Understanding the Meaning of Loss 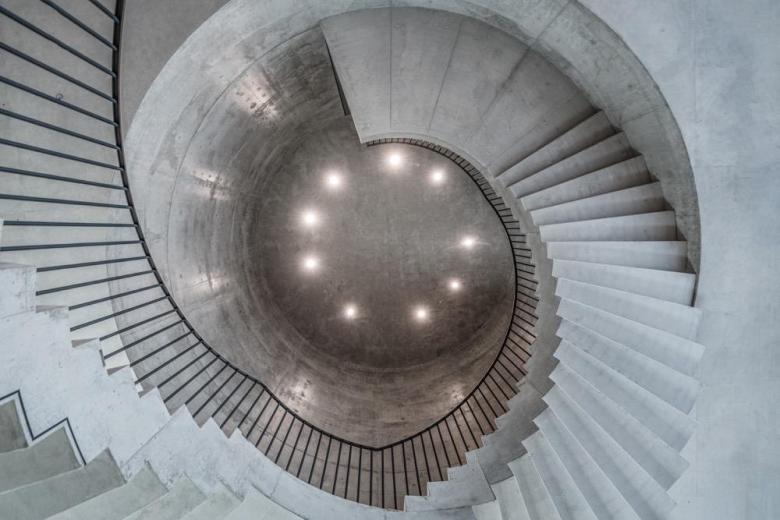 June 20th marked the 70th anniversary of the Geneva Convention on Refugees coming into force. It offers millions of people protection and a life in safety — things that people who have not suffered war or displacement take for granted. To remember history, but also to perpetuate it, the... Katinka Corts

Through Time With Rudolf Hamburger 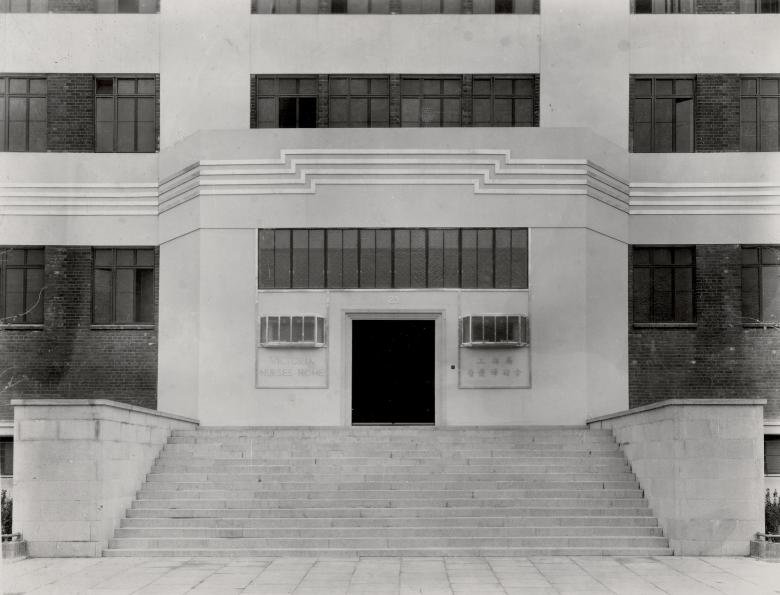 The biographies of architect Rudolf Hamburger and his wife Ursula are outstanding, since Rudolf’s journey through life brought him deep into Asia in 1930, while Ursula later worked for various secret services and finally as an author in the GDR under the name of Ruth Werner. Author Eduard... Katinka Corts 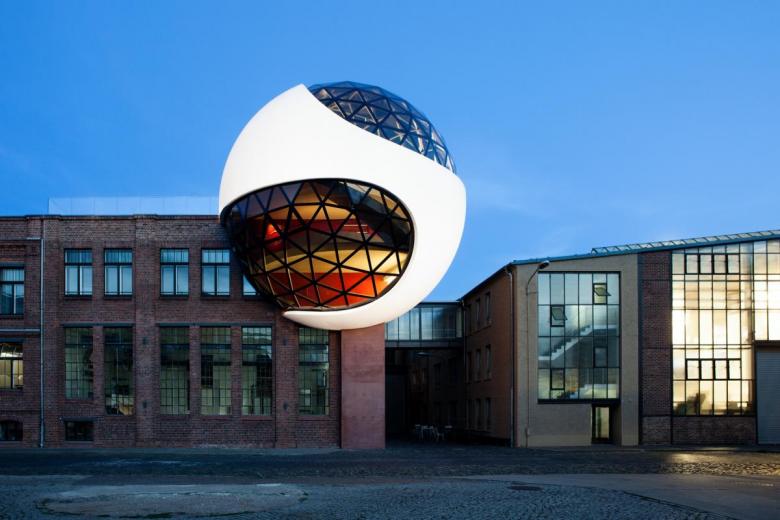 There exists a Niemeyer in Leipzig — not a landmark in the middle of the city center, but a small sphere appended to a former boiler house in the Plagwitz industrial area. Housing a restaurant and bar, it is the last structure Oscar Niemeyer designed before he died in December 2012 just shy of... John Hill, Katinka Corts 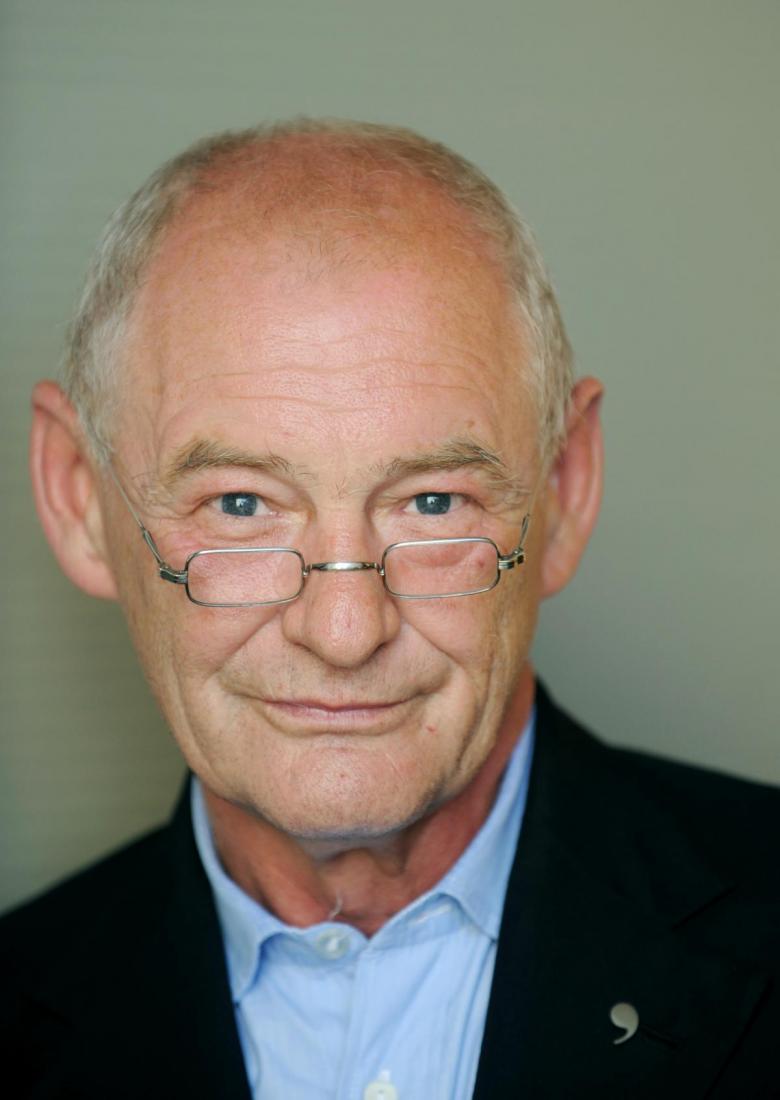 Dietmar Steiner was the founding director of the Architekturzentrum Wien, taught at the Vienna University of Applied Sciences, and was president of the International Confederation of Architecture Museums (ICAM). He died on Friday, May 15, at the age of 68. John Hill, Katinka Corts 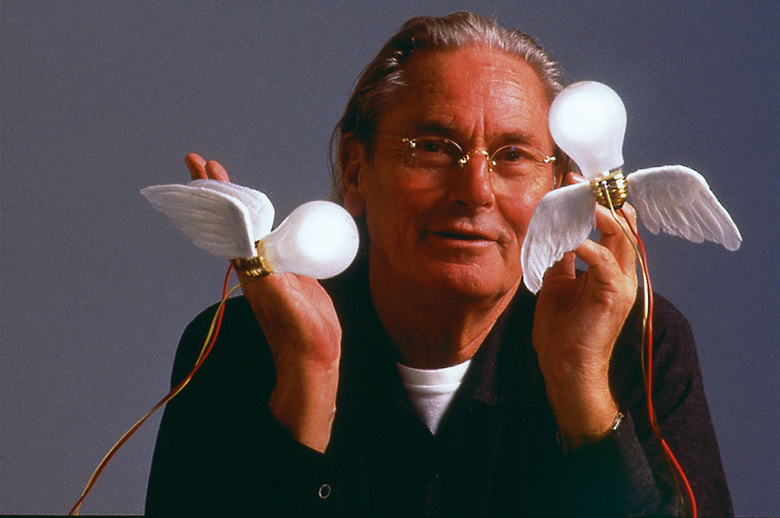 On Monday, October 21, 2019, German industrial designer Ingo Maurer died at the age of 87. Maurer's designs of lamps and light installations are considered groundbreaking and are famous around the world. John Hill, Katinka Corts 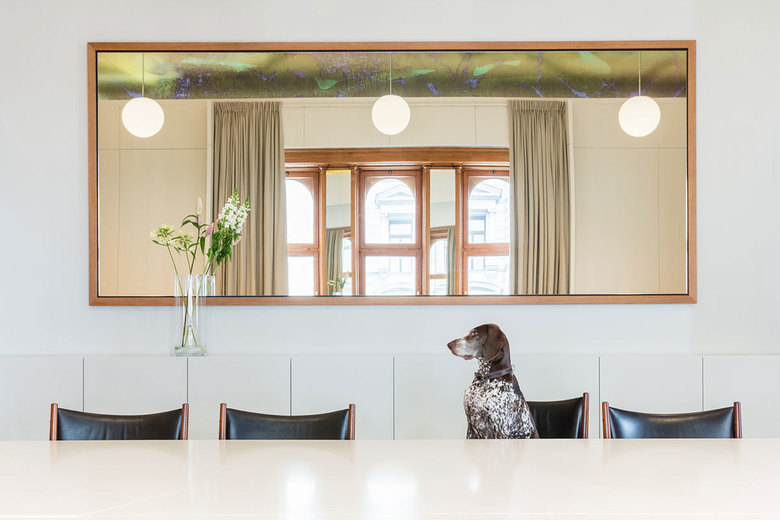 It is the longest relationship they all have had, the owners of the office AllesWirdGut say sometimes jokingly about their partnership. It is 20 years since Ingrid Hora, Andreas Marth, Friedrich Passler, Herwig Spiegl, and Christian Waldner founded their architectural office. Herwig Spiegl... Katinka Corts 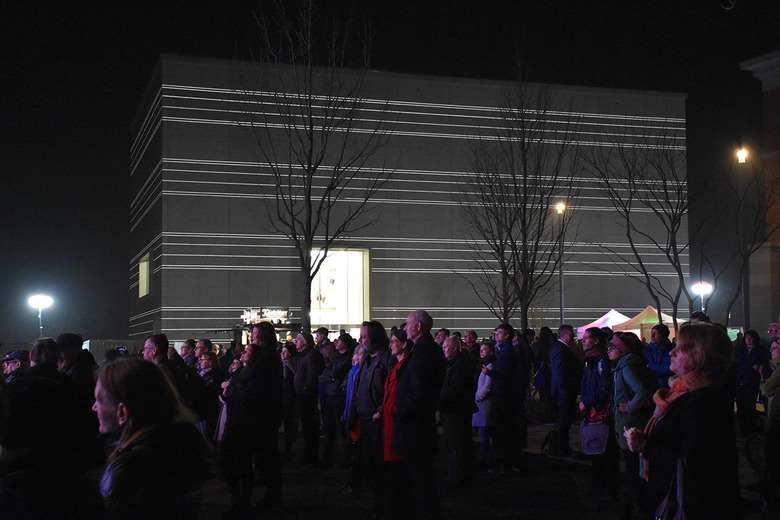 Last weekend the Bauhaus Museum, designed by Heike Hanada, opened to the public in Weimar, Germany. More than 1,000 design and art objects from the founding of the Bauhaus in 1919 to the school's move to Dessau in 1925 can be seen in the museum. John Hill, Katinka Corts

The Bauhaus Anniversary at a Glance 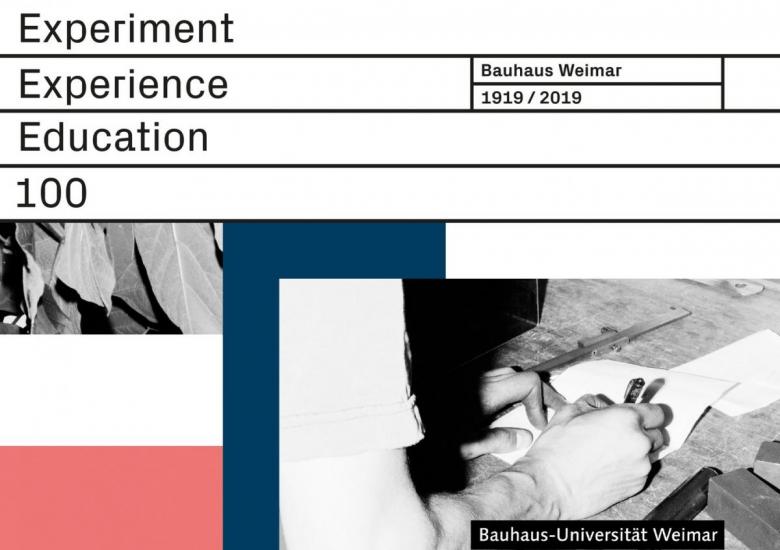 There is no way to get around the Bauhaus in 2019. Whether in the form of relaunched furniture series, numerous publications from architecture and art publishers, the ads of tour operators, or announcements of special shows and exhibitions, you will encounter it everywhere. This is an... Katinka Corts 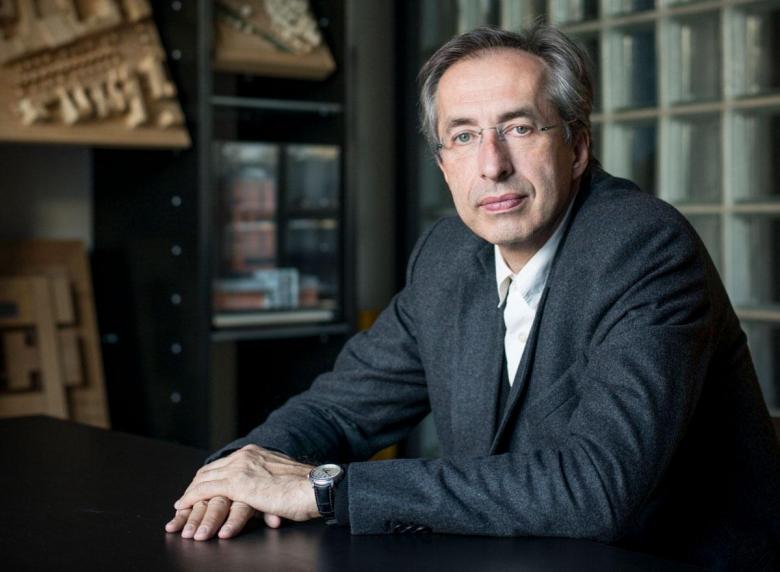 He builds mainly in Russia and Germany. He draws, exhibits, and publishes. Now he will be given this year's European Prize for Architecture by The European Centre for Architecture Art Design and Urban Studies and The Chicago Athenaeum: Museum of Architecture and Design. John Hill, Katinka Corts

Marina One Opens in Singapore 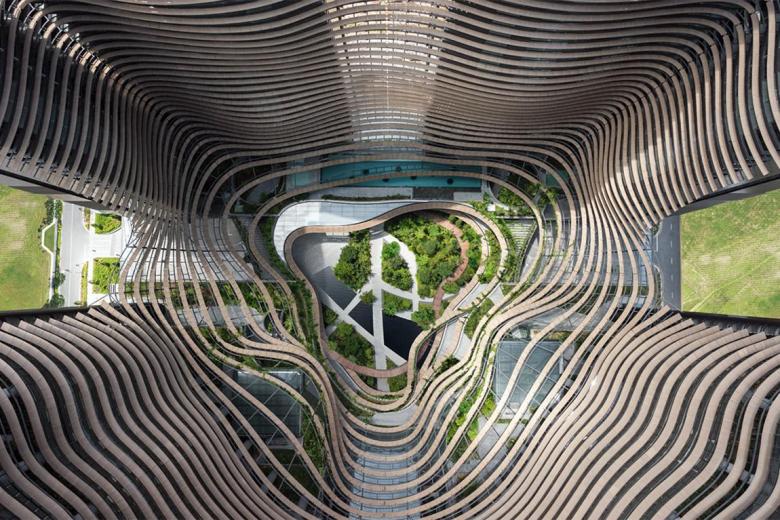 Although work on the Marina One complex wrapped up last year, it was officially opened this week by Prime Minister of Singapore, Lee Hsien Loong, and Prime Minister of Malaysia, Najib Razak. John Hill, Katinka Corts 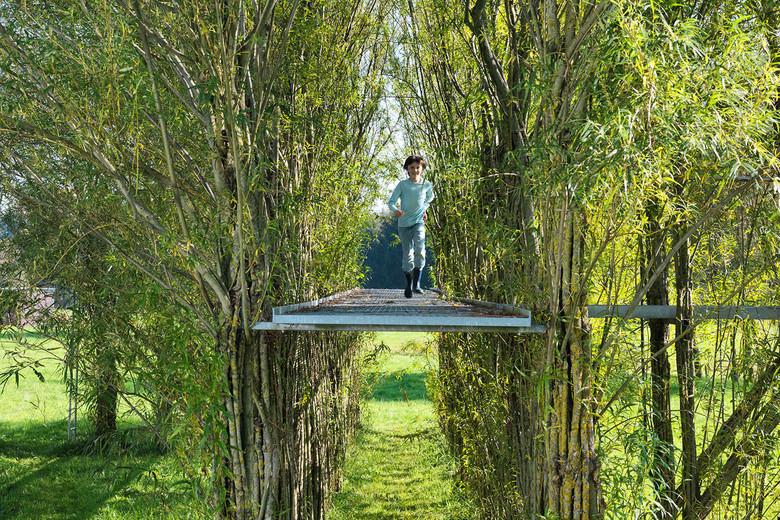 Baubotanik, “Living Plant Construction,” is an artificial word – composed of the German words “Bau” (construction) and “Botanik” (botany) – and a method of constructing living buildings with living plants. We spoke with Ferdinand Ludwig, who has... Katinka Corts 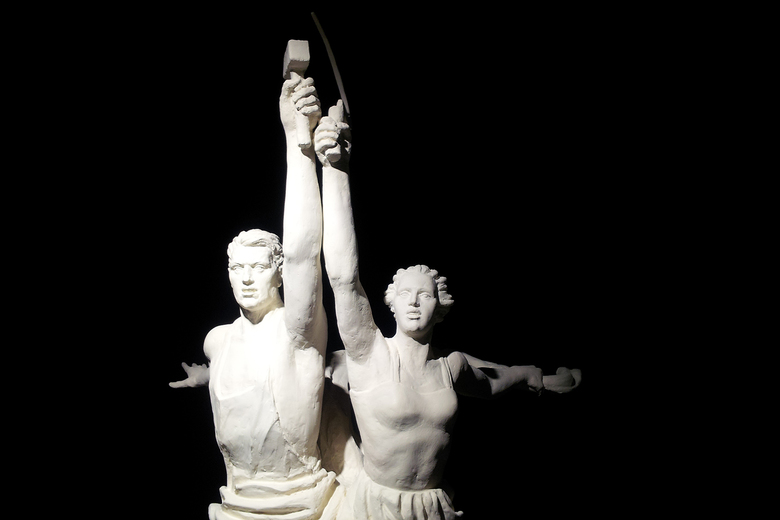 At this year’s Architecture Biennale in Venice contributions at the Arsenale and many of the Giardini exhibitions deal with major topics like climate change, urbanization and dwindling resources, while other contributions, including Russia, remain very national. Katinka Corts 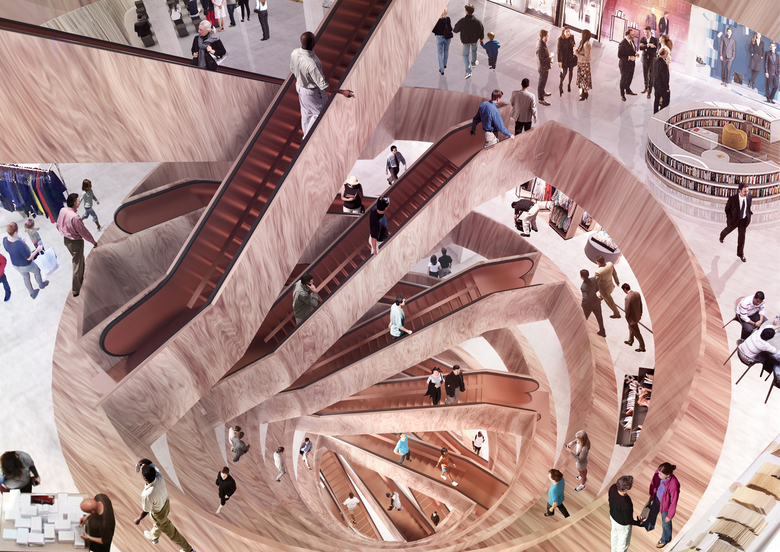 Rem Koolhaas and the Office for Metropolitan Architecture have unveiled their redesign of Berlin's historic Kaufhaus des Westens (KaDeWe), which makes the large department store comprehensible by breaking it into four quadrants, each with its own atrium. John Hill, Katinka Corts 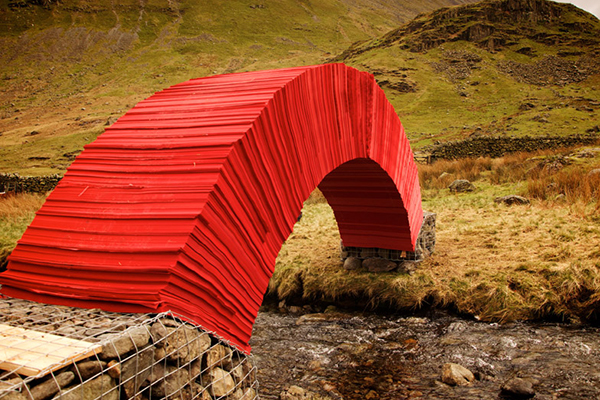 Steve Messam, a British artist, has created a self-supporting, walkable bridge from 20,000 sheets of brigh red paper in the green countryside of the Lake District, about midway between Glasgow and Manchester. John Hill, Katinka Corts