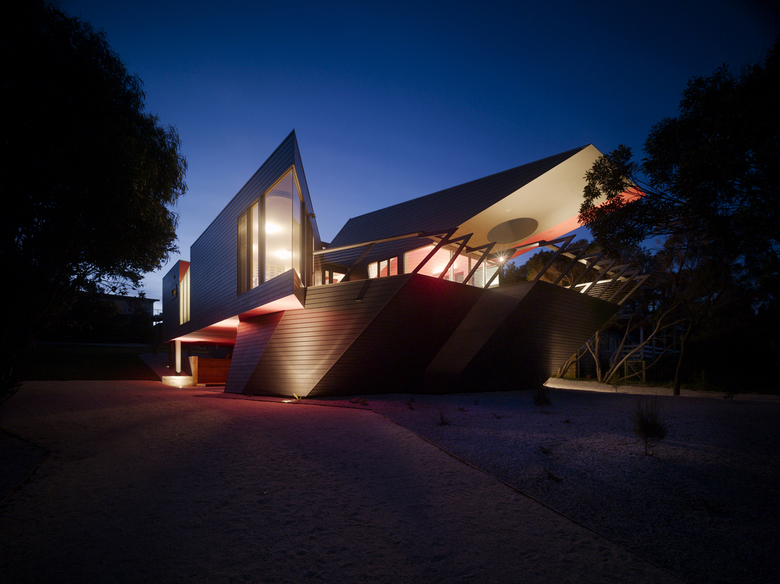 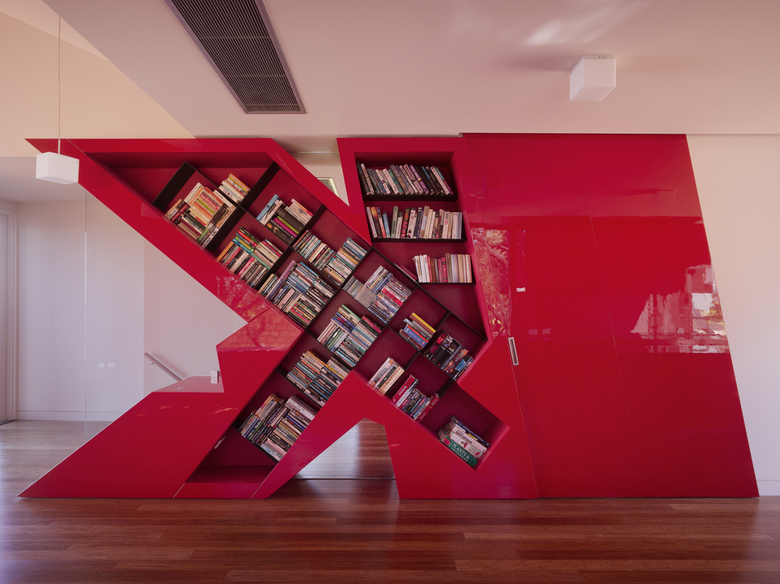 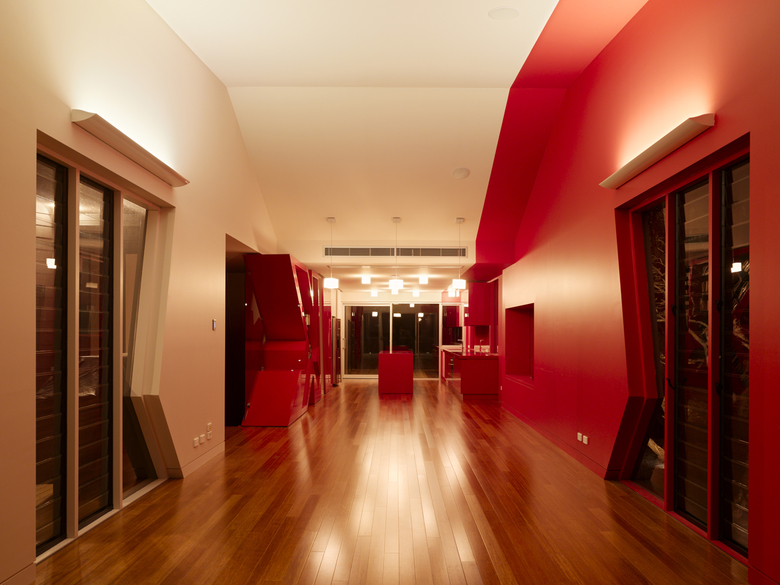 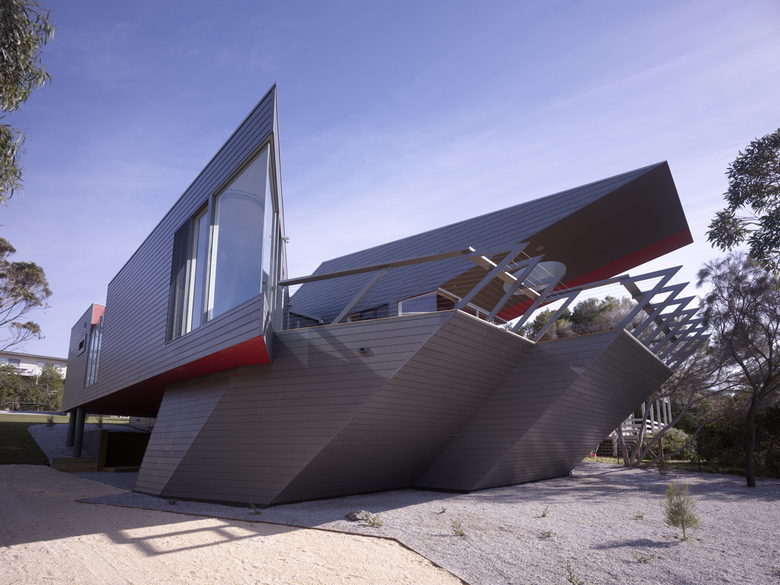 Beginning with the letter ‘K' was not entirely arbitrary as our client's family name begins with the letter, and we had tried exploring writing and letters before, and also the space between letters as negative objects.

We decided to use the Kmart ‘K' for our K, now making it the size of a house. Eventually by cutting the K in half across the middle and rotating the two pieces, the house began to emerge as a composition suspended along the maximum building height envelope to achieve the best sea views. Under this we projected its shadow to form the ground level accommodation including the entry and space for two cars.

From the start we wanted to paint the entire house red but due to council regulations and our client's wishes we made it grey instead and are probably glad we did. Cladding both ‘K' and shadow in the same timber panelling allowed the house to achieve a single dynamic as if inspired more by ships than signage, more like a rather racy ark than the sign and its shadow.

Yet it is really the projection of these shadows which defines the large timber decks, especially at the front which provide an elevated platform directly off both the living spaces and the main bedroom. Inside this theme of timber underfoot has been used throughout the living spaces using polished bamboo.The kitchen joinery, pantry wall, big sliding door and the enormous ceiling-high bookshelf ‘K' are all painted brilliant, glossy red.

As a plan the house is simple with the ground floor cut into the sloping site and entered directly off the car park with mudroom and storage, two bedrooms, bathrooms and home cinema, then up to the long Living, Dining and Kitchen, all facing north and open each end, east to the sea and west to the garden.

The main bedroom and another bedroom form the other half of the house at this level, with a spiral stair to the library above. This is a shiplap weatherboard house in the tradition of the seaside shack. It has bold and legible forms and an easy liveability that belies its extreme derivation in the shape of that K.

Construction on 'K' House was completed in 2007.