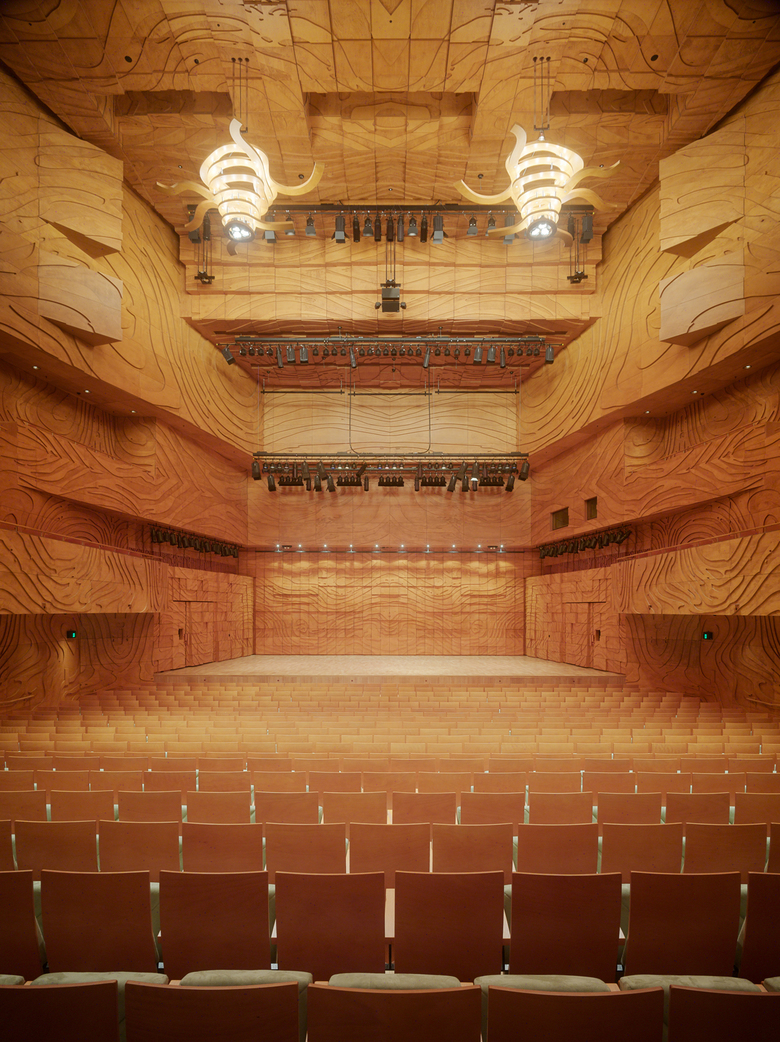 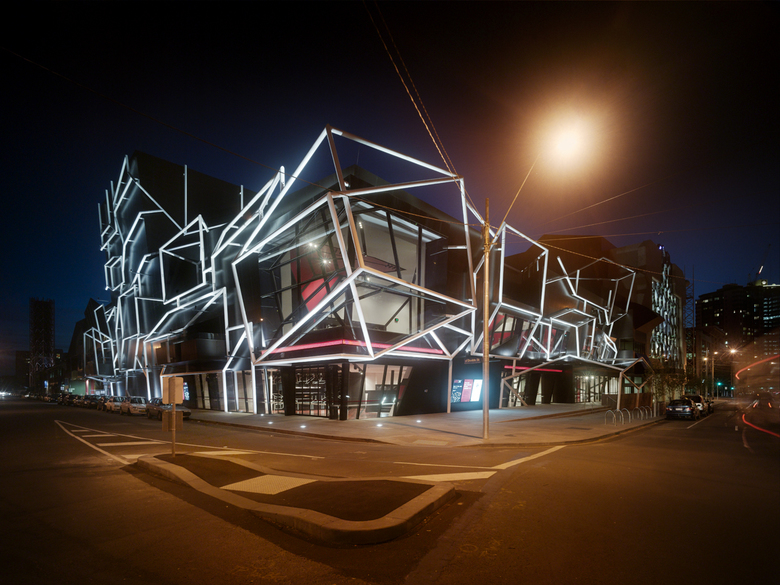 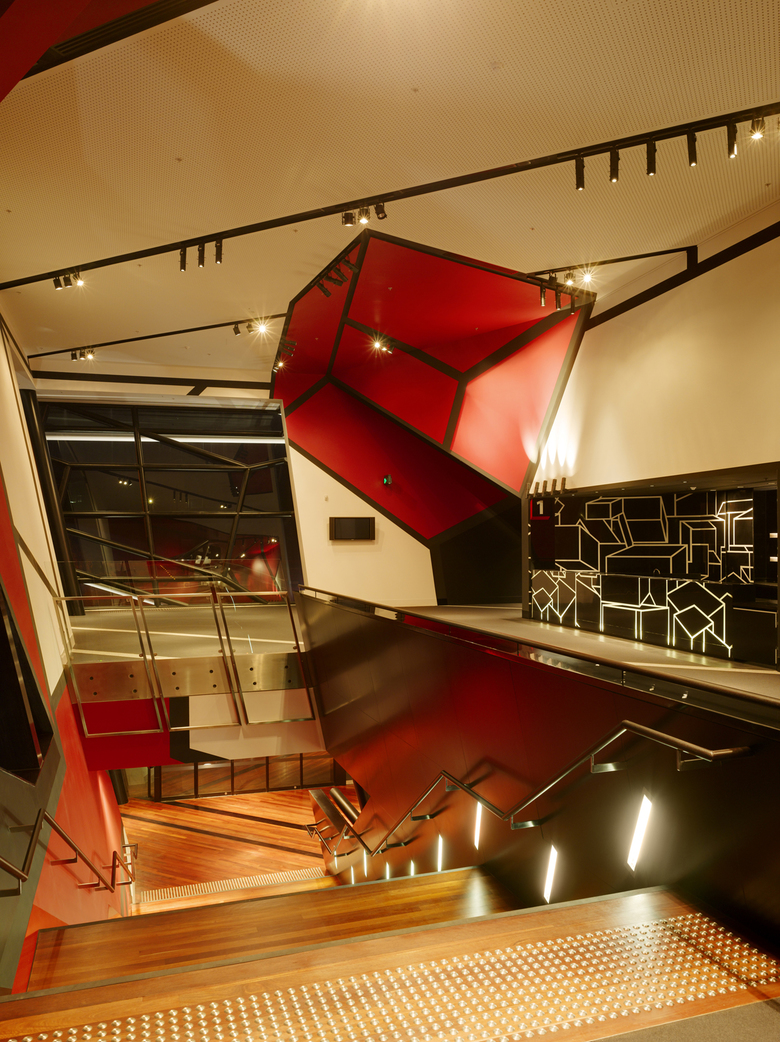 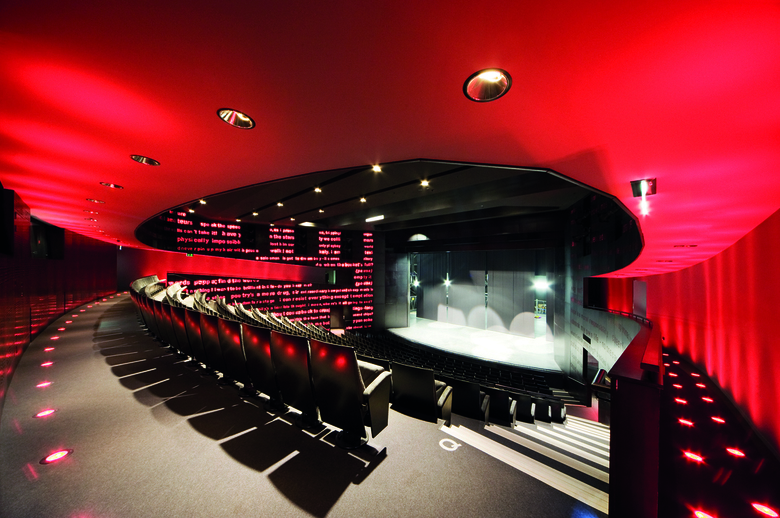 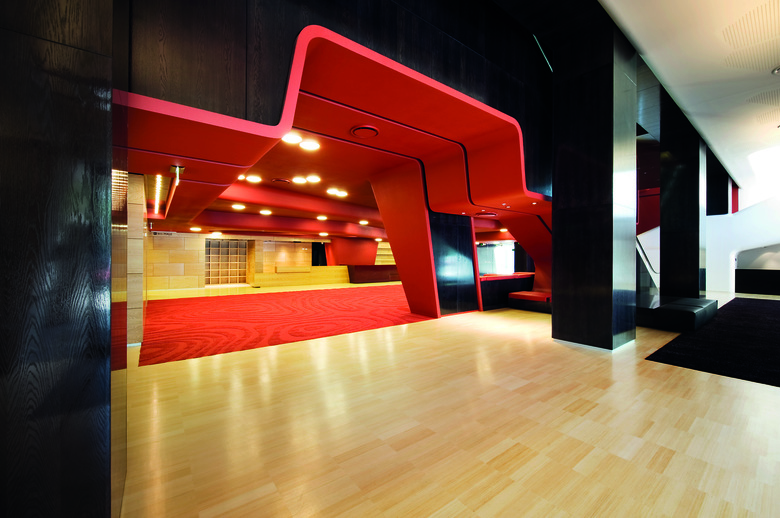 The Melbourne Theatre Company (MTC) and the Melbourne Recital Centre (MRC) have been designed as neighbours in a revitalised street. They make an active hub on Southbank Boulevard. The cafe and restaurant facilities in each, box office and performance activity, with ancillary educational activities make this a place that is active day and night. The design ensures that both theatre and recital hall are part of the street – this is not an arts fortress, but made of shopfronts, engaging with the passersby.

The site of the MTC and MRC is the heart of Melbourne’s arts precinct. The addition of two striking facilities on Southbank Boulevard fills the long term gap in the performing arts accommodation in Victoria for contemporary theatre and acoustic music. Their presence creates a bridge between the Victorian Arts Centre, the National Gallery of Victoria (NGV) and Federation Square on the river and the Malthouse and Australian Centre of Contemporary Art (ACCA) to the south on Sturt Street, finally integrating Melbourne’s premier arts precinct.

Victoria’s newest music facility, the Melbourne Recital Centre has been designed as a pinnacle for musical appreciation and performance through its acoustic quality and amenity. The natural resonance of the hall immerses the listener in the sound of the performance. The performing conditions rivals the very best halls of the world. It is like the great halls of the old world: like Wigmore Hall and the Musikverein, but is a music space reborn, a contemporary place in the new world. It matches this excellence in the sophistication of its architectural imagery. Designed as a cultural hub and not just a hall, the MRC incorporates a 1000-seat auditorium, the Elisabeth Murdoch Hall, and the 130-seat Salon for intimate performances, pre-concert talks and recording.

The design is fundamentally ordered around a procession from the street to foyer to the main spaces. This parti has its roots in the galleries of the great European performing halls, but its particular flow and mise-en-scene are of the 21st century. There is a range of significant spaces like the Salon, the patron lounges and VIP rooms, but the musical promenade culminates in the great space of the Hall. The MRC consolidates this city’s rich history for acoustic music performance, creating a beacon in the musical culture of Australia

The new home for the MTC is a 500-seat drama theatre, equipped with the latest theatre technology and full back stage facilities designed to provide the highest level of amenity for the players and crew. The Sumner Theatre is a single rake house without balcony, providing the very best sight lines to the stage. The stage, fly and wing configuration make this one of the best drama facilities in the world. In addition, there is the Lawler Studio; a full rehearsal hall, capable of being used for functions and small performances seating up to 150 patrons. At front of house are Script bistro, patron lounges and bars.

Viewed at night the exterior of the building is a mesmerizing matrix of glowing tubes, hovering around the black box of the building, reminiscent of the tubing on the Arts Centre spire, but more graphic, like an illusionistic painting, blurring two dimensional and three dimensional perception. Our design direction has been to draw on the shared traditions of spatial ambiguity that are imbedded in the histories of both architecture and the theatre. The building inside is energetic, with the texture and reminiscences of the history of those who have been a part of the MTC.