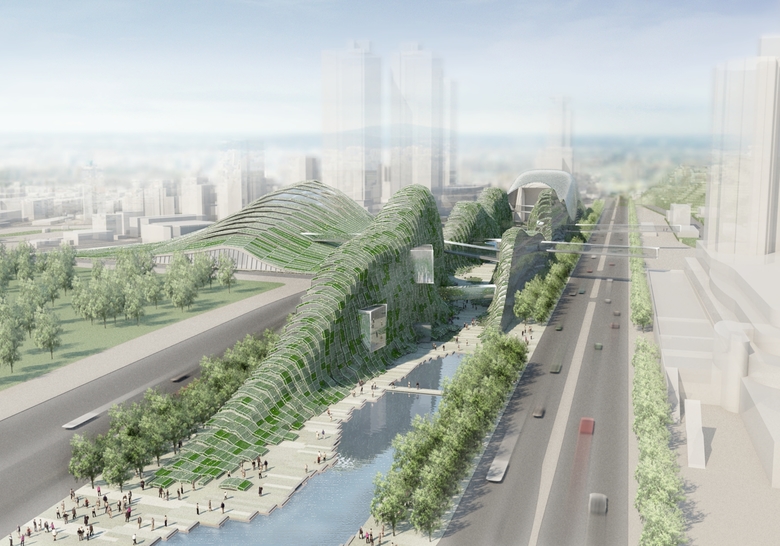 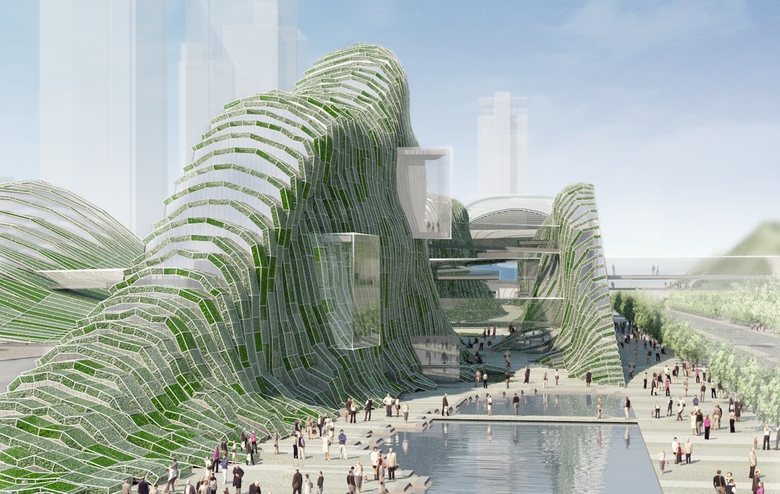 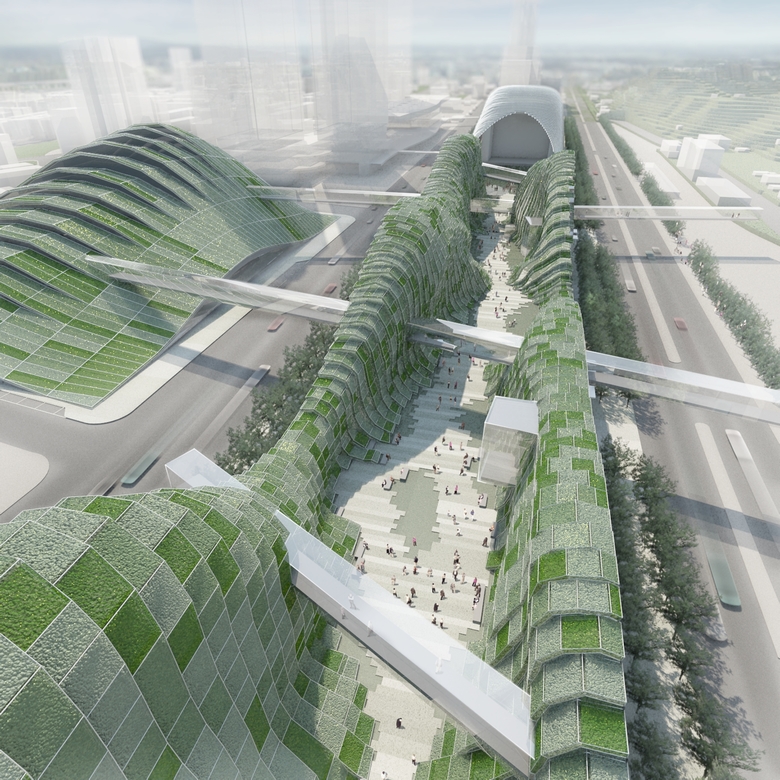 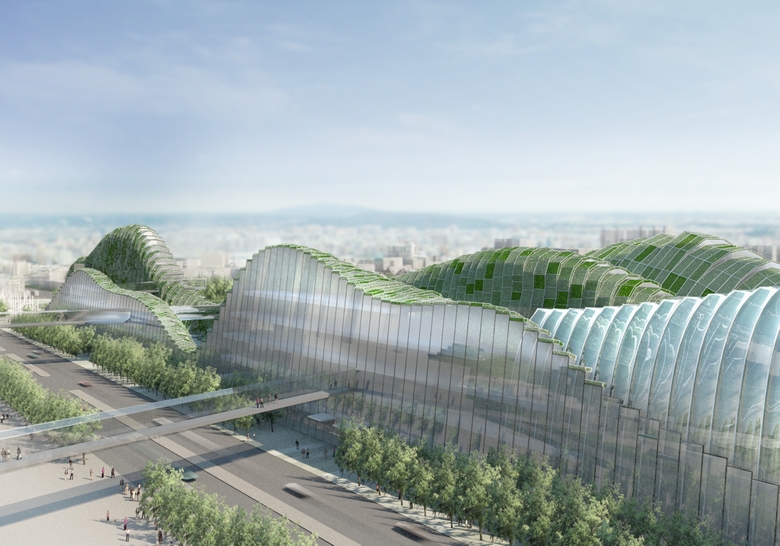 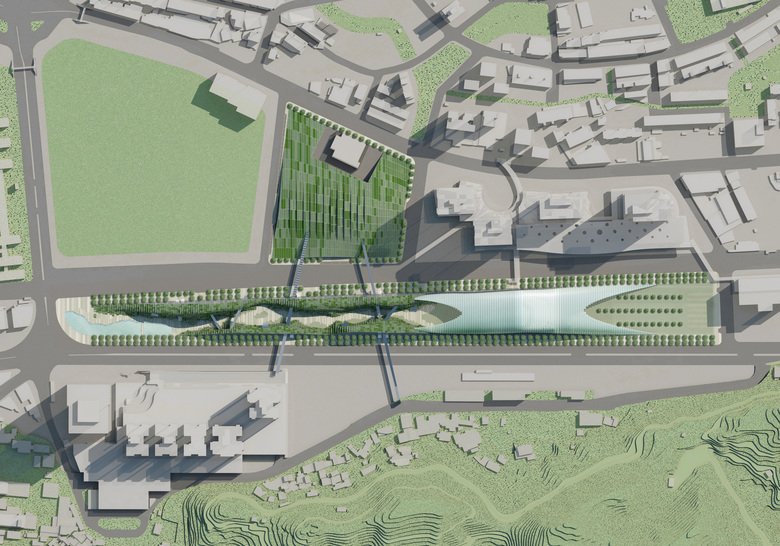 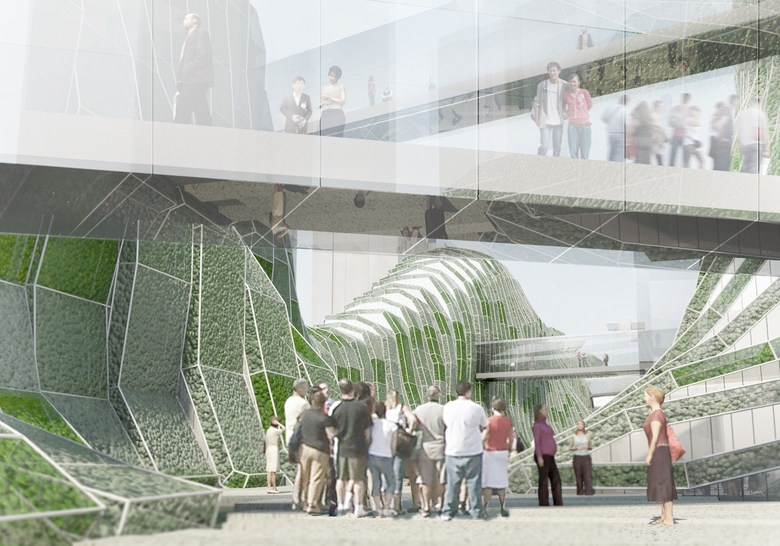 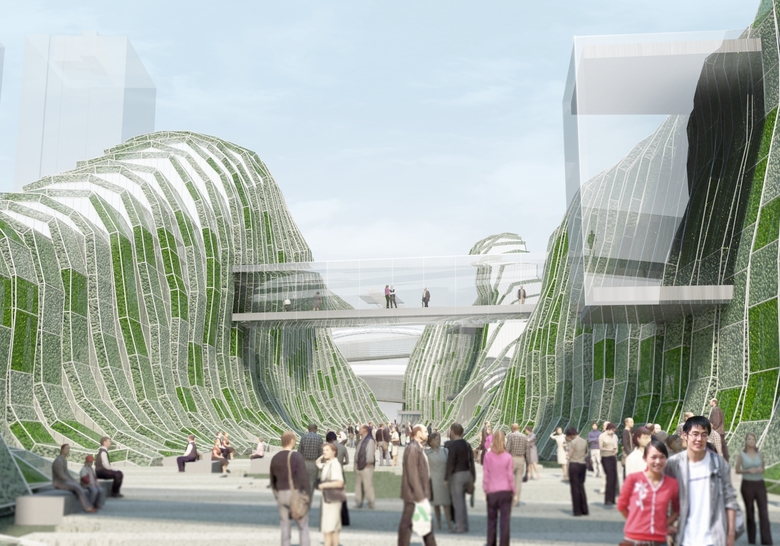 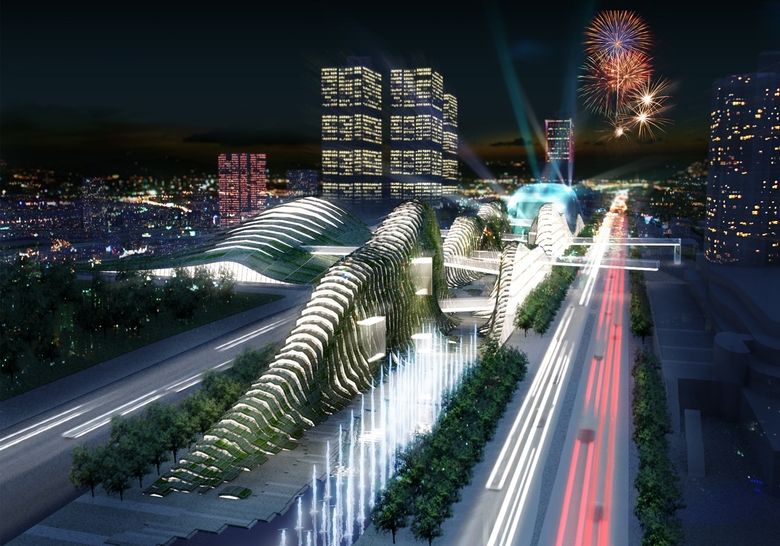 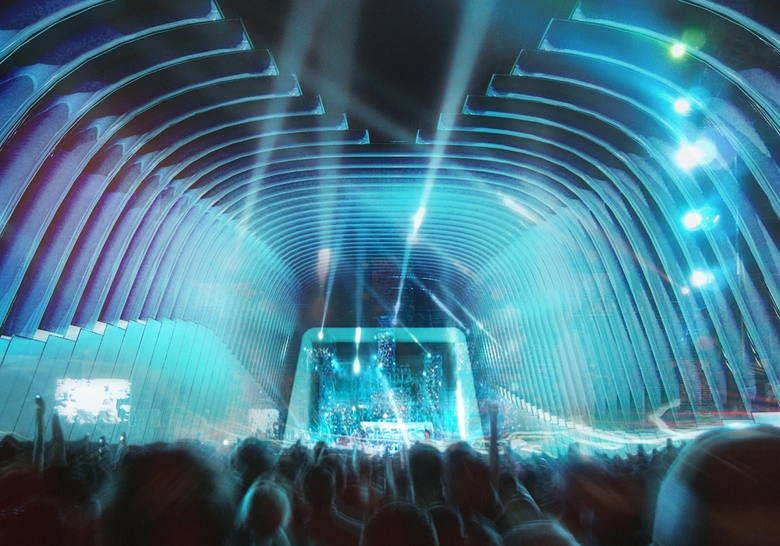 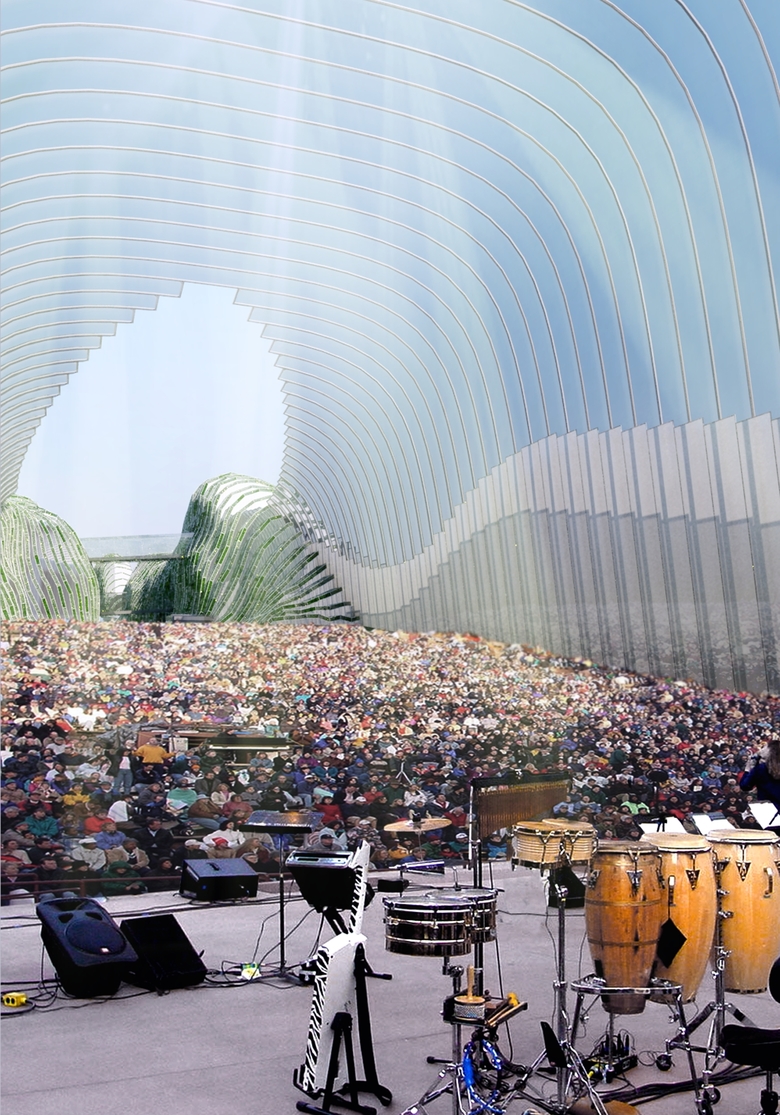 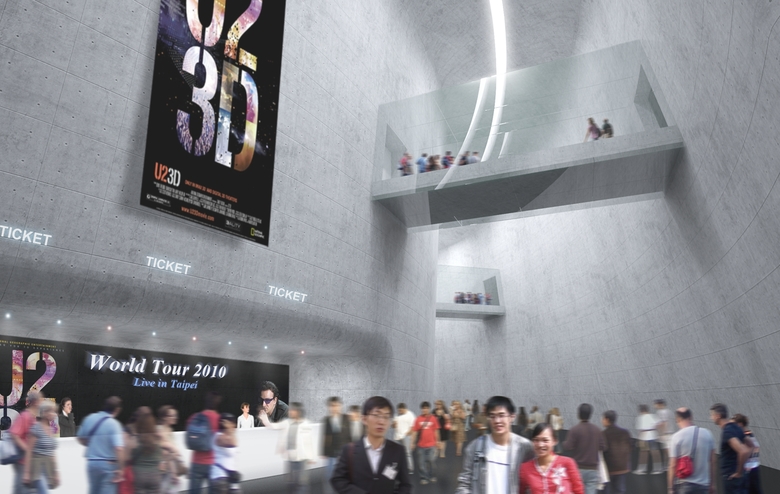 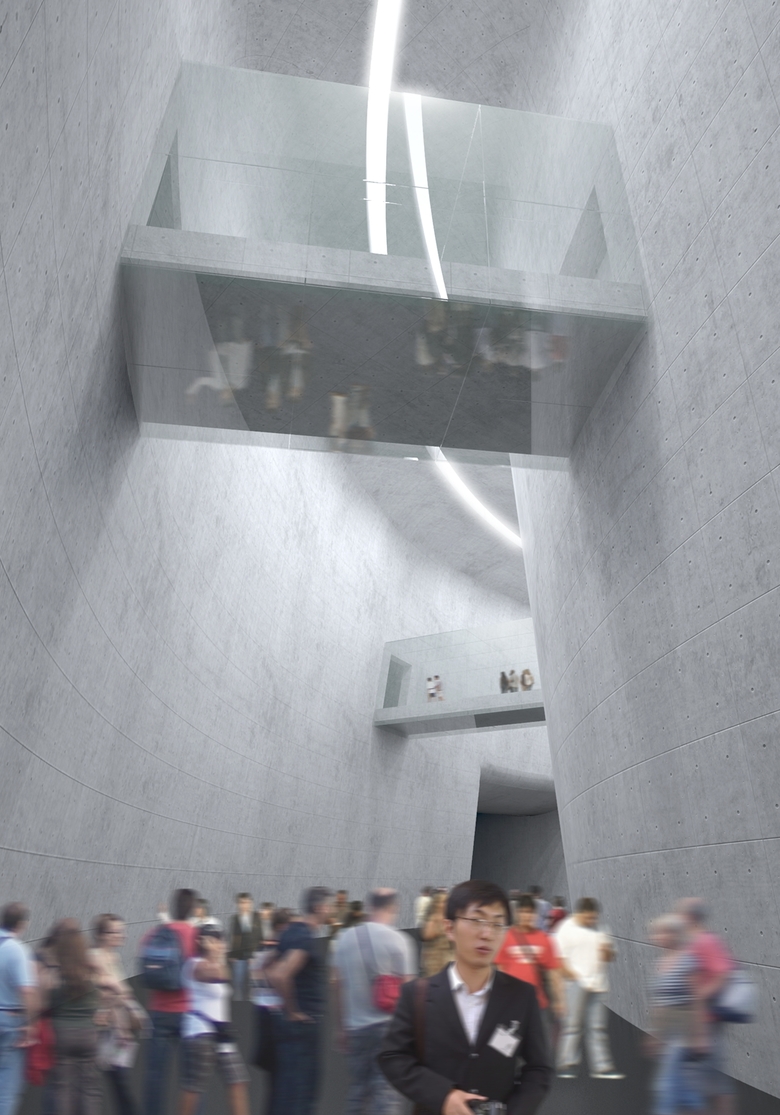 The project attempts to bring unity to the disordered existing skyline by skilfully mixing the architectonic characteristics of a large-scale project and the environmental and landscape peculiarities which characterise the site.
Even outside Europe the architect never renounces that typically Italian lesson of “knowing how to make cities”.
A “green mantle” covers all the buildings of the project, linking them to the existent environmental system in the context by attempting at the same time to build a recognizable place on the urban scale.
The TPMC becomes a real urban magnet capable of being a powerful icon, a new landmark for Taipei.