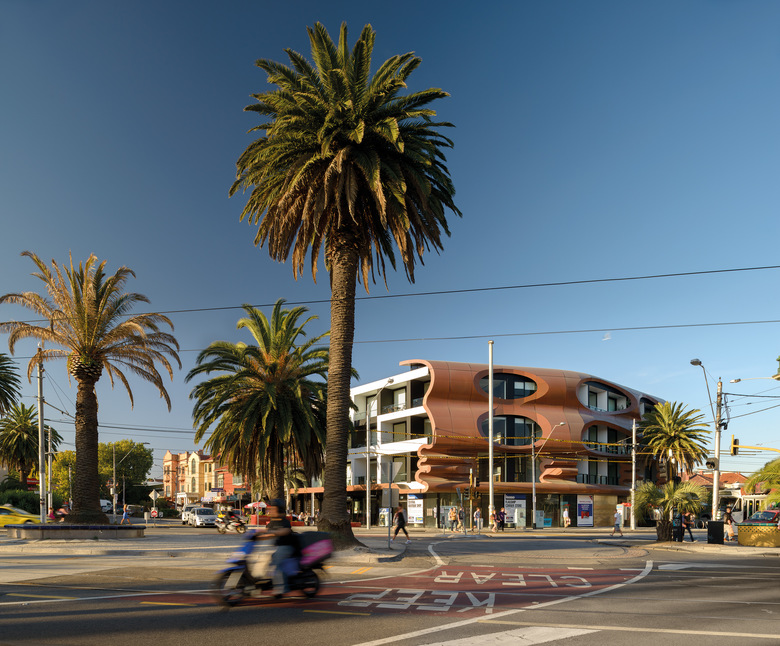 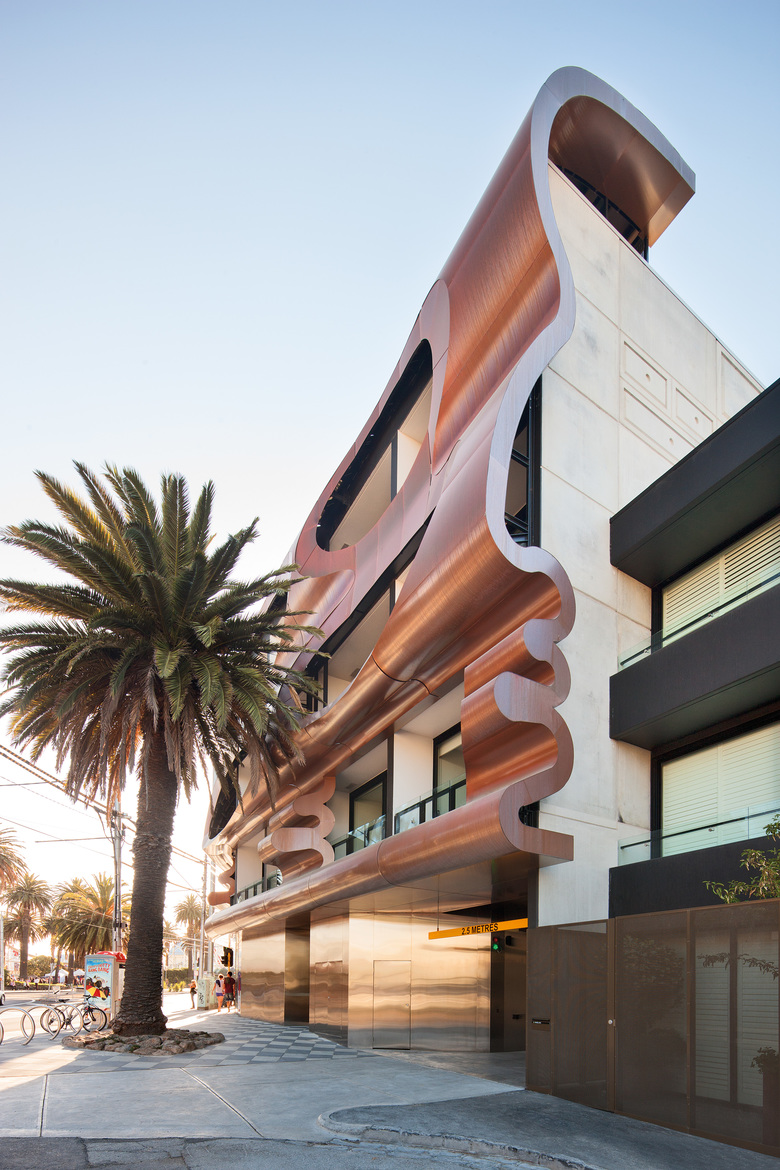 The four storey volume of the building is conceived as a singular extruded volume with various interfaces determined by contrasting site conditions and aspects. The building’s primary orientation is to the Acland Street-Carlisle Street corner, but it also addresses the public realm flanked by the tram interchange, O’Donnell Gardens, Luna Park, The Palais and in the background, Port Phillip Bay.

On the Carlisle Street facade, which also is the primary corner facade, there is a contrast of the visual simplicity of, say, a Renaissance architecture (of the Acland face) with the complexity of, say, the Baroque. We have attempted to build our experience of the nature of St Kilda-ness. We know it as a place of sociality, it is a community of difference, it actively tolerates, embraces the otherness and differences of humanity. It is a community of the surreal, where local and the exotic mix and therefore it can be best understood not as multicultural but as poly-cultural. It resists enclaves and exclusivity and demands inclusion. Given the significance of this location, it is fundamental that our design responses to both façade and architectural character, acknowledging this aspect of St Kilda-ness. It is important to also acknowledge that there is no specific single St Kilda architectural style. The character of the place is resultant of the layers of settlement and development as an urban entity.

The initiation of the facade design was to extend and reinforce a sense of civic quality in the architecture by embracing the idiosyncrasies of St Kilda. A new rendition of Luna Park’s face metaphorically becomes a visual mask to the Carlisle Street facade. The source of the profile is Salvador Dali’s 1937 painting “Sleep”, which depicts a face propped up on crutches. We have conceptually extruded it along the south elevation of the building. On the north-east and north-west facades, the drawers that open out of Salvador Dali’s 1936 painting “The Anthropomorphic Cabinet” and 1937 “The Burning Giraffe” were adopted as a pattern to articulate the boundary elevations (normally mere flat surfaces).

The building is designed then as an abstract, ornate object, standing as a sculptural element in the “plaza” of the Carlisle/Acland intersection. It is the same as, but different to, the Luna Park visage – it reinforces the link from Mr Moon from the upper esplanade, but is actually something completely new.