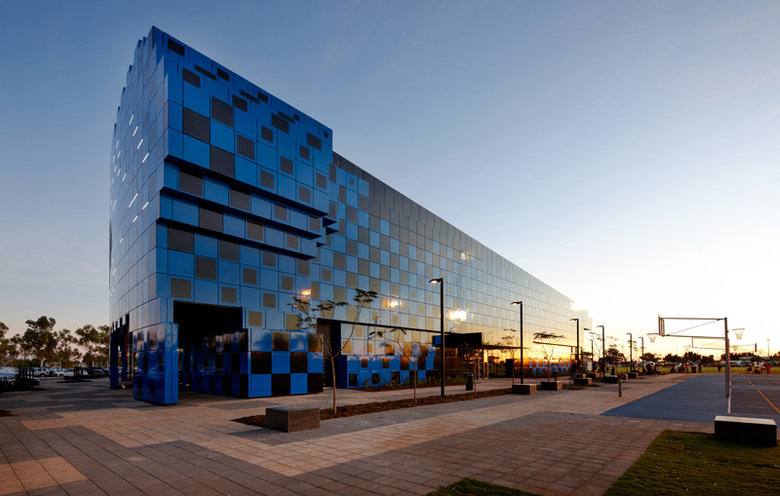 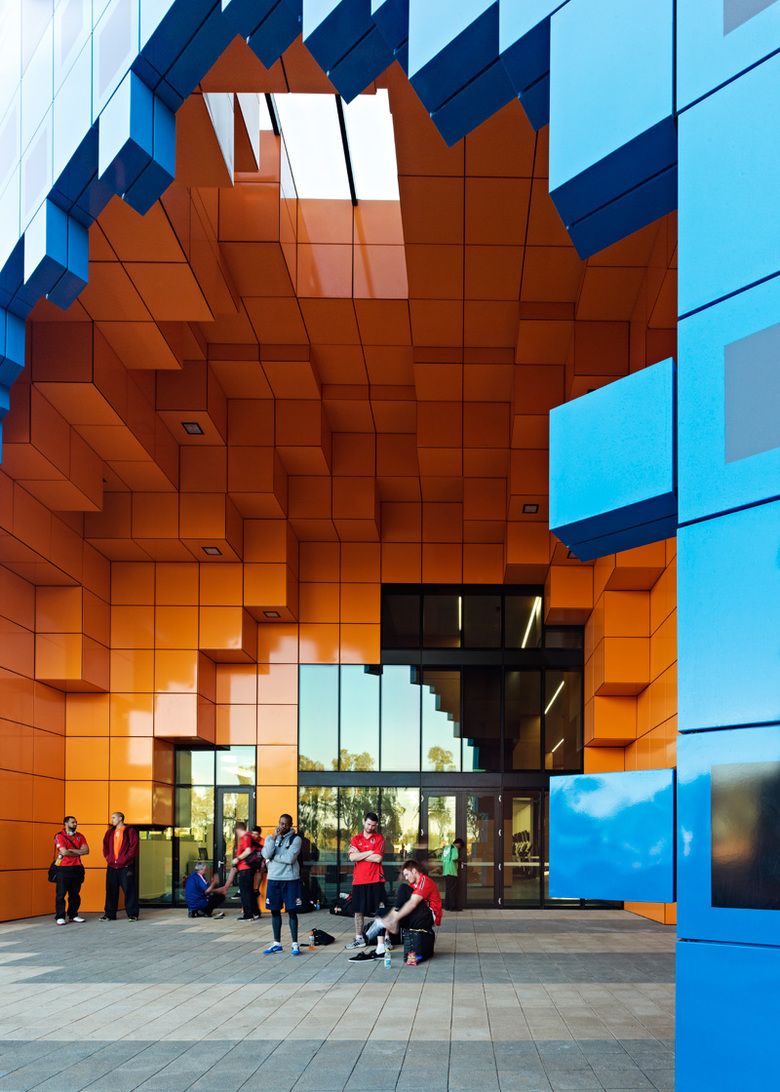 The Port Hedland multi-purpose recreational centre has now opened and been rechristened the Wanangkura Stadium. The name for the centre was chosen from hundreds of local submissions and means "whirlwind" in the local Kariyarra language. The title pays tribute to the centre's design, which architect Sophie Cleland likened to a cyclonic pattern, creating a "shimmering, rippling effect on an otherwise flat landscape". West Australia Premier Colin Barnett called the Centre "... a spectacular piece of architecture that will become a landmark for Hedland."

Located in Western Australia's northern Pilbara region, Port Hedland is the highest tonnage port in Australia, with global links to China, Europe and Japan. It is also a place of extreme climatic conditions with seasonal cyclonic periods and extreme temperatures during summer. Managing these conditions becomes a challenge for architecture, with buildings designed to withstand in cyclonic conditions to Region D category 2. The mining industry also dominates the landscaping and operations and the town, providing a large fly-in fly-out population.

The project site is located at the Kevin Scott Oval on the fringe of South Hedland’s flood plain. It is a significant destination point for major sports and social gatherings for the local community and fly-in fly-out workers. ARM was engaged to design a scheme for the multi-purpose sports facility, concurrently with the masterplanning for the surrounding playing fields for future expansion. The main building houses a new indoor basketball court, a gym, squash courts, club rooms for local football teams and upper level function rooms. Adjacent to the main building are outdoor playing courts for netball and basketball.

Our approach to the design considered this building as a mirage – a shimmering, rippling effect on an otherwise flat landscape. Using a "halftone" pixelated technique, the buildings entry facade acts as a clear visual image from long distances, whilst being highly agitated on closer inspection.