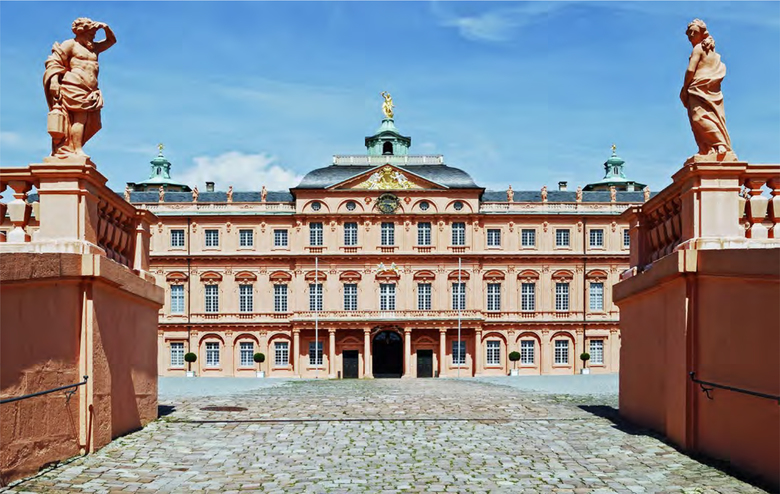 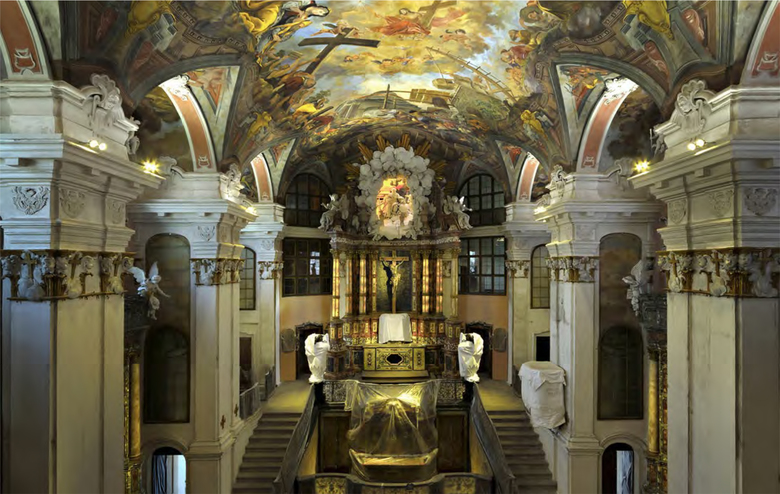 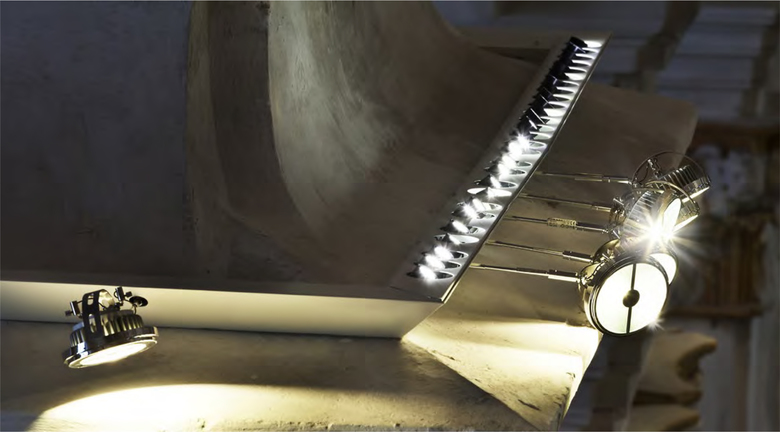 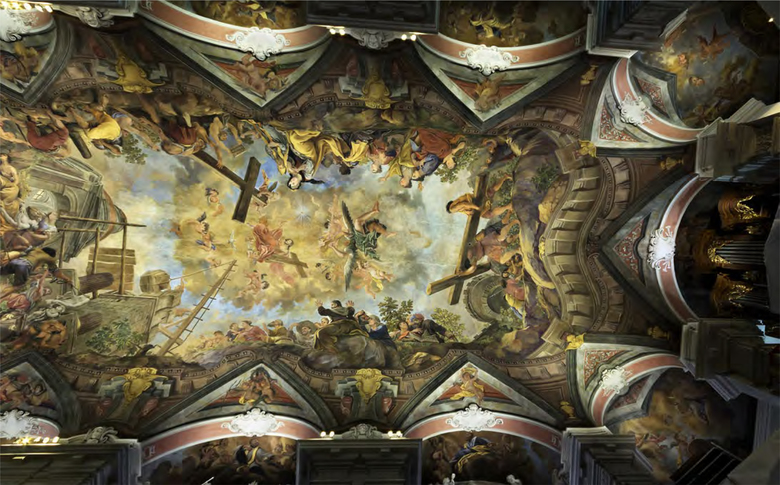 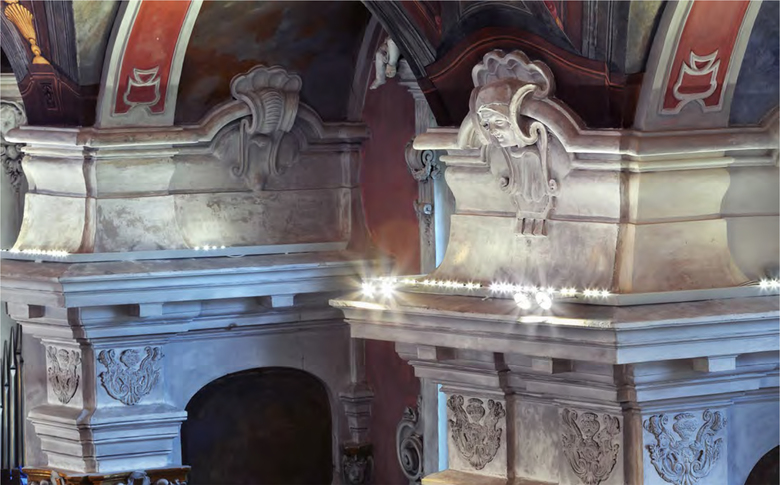 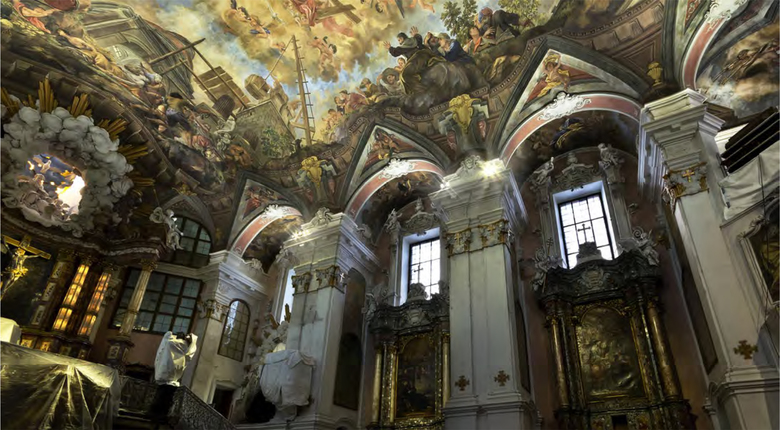 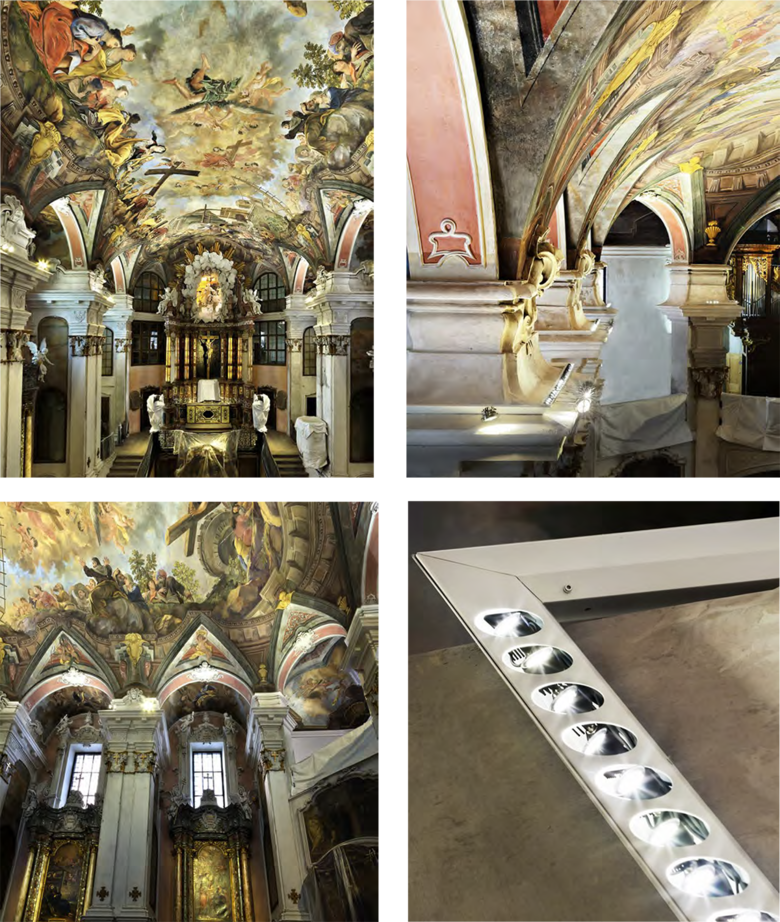 A Legend in a New Light
The restoration of the Schlosskirche (palace church) of Residenzschloss Rastatt (Raststatt’s Residential Palace), which underwent renovation of both its exterior and interior in three phases, took around two decades. Today, its elaborate ceiling fresco glistens in a new light. The elegant illumination concept is based upon products of ADO Lights by TTC Timmler Technology, which render important details in the sacred space superbly visible.

The Raststatt Palace is the oldest baroque residence on the Upper Rhine - an impressive edifice whose archetype was France’s Château de Versailles. The palace was built between the years 1697 and 1702 at the behest of Margraf (marquis) Ludwig Wilhelm of Baden-Baden. His deeply religious wife is to be thanked for the construction of the palace church. Markgräfin (marquise) Franziska Sibylla Augusta desired it to be “exceptionally beautiful”. The ceiling fresco is particularly spectacular. It portrays the discovery of the True Cross, putatively in the year 326 by Helena, the mother of Constantine, the first Christian Roman Emperor. Worth noting is that anyone who compares the images of the Markgräfin and the portrayal of Helena will quickly observe that the patroness of the church had herself immortalized in the fresco: The artist, Johann Hiebel, saw to it that Helena bears the facial features of the German noblewoman.

The fact that this detail – as well as the dramatic depiction of the True Cross’s discovery – can be discerned is due to leading-edge illumination. A total of 224 “LED Luc spots” were mounted on the columns’ abacus slabs. The thumbsized fixtures and all the required cabling are encapsulated in flat custom-manufactured steel housings. The inconspicuous solution complied with the client’s intent that the viewers of the painting not be distracted by technical details. The overall technical design concept includes other products from ADO Lights: 20 LED spotlights for punctilinear illumination, as well as two wall luminaires, each containing seven “LED Luc spots”. All the equipment was custom-fabricated to achieve a discreet appearance, yet with a forceful effect produced by the radiant power of the lighting elements.

The result is a legend seen in a new light.