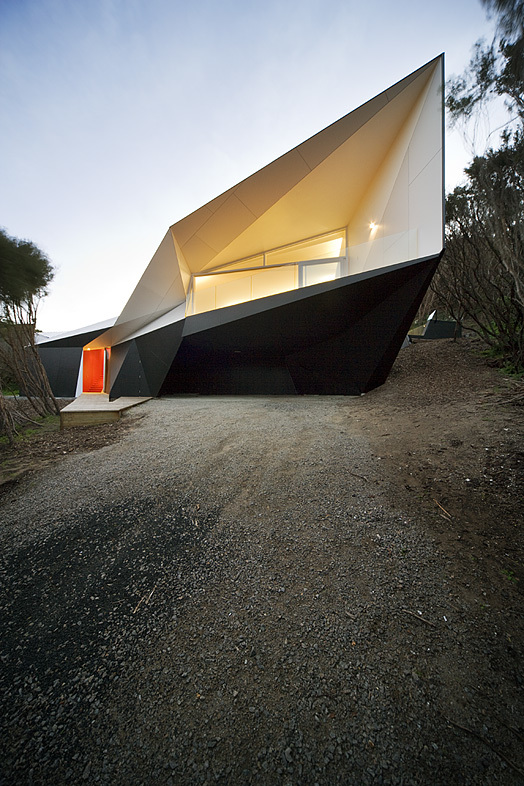 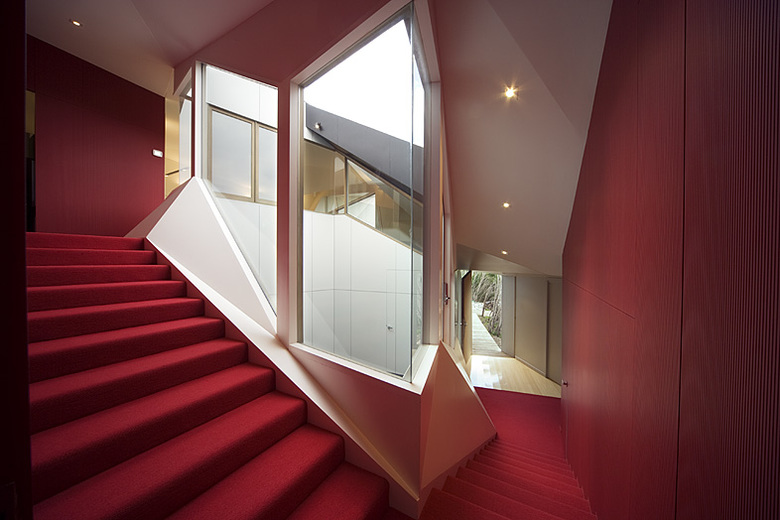 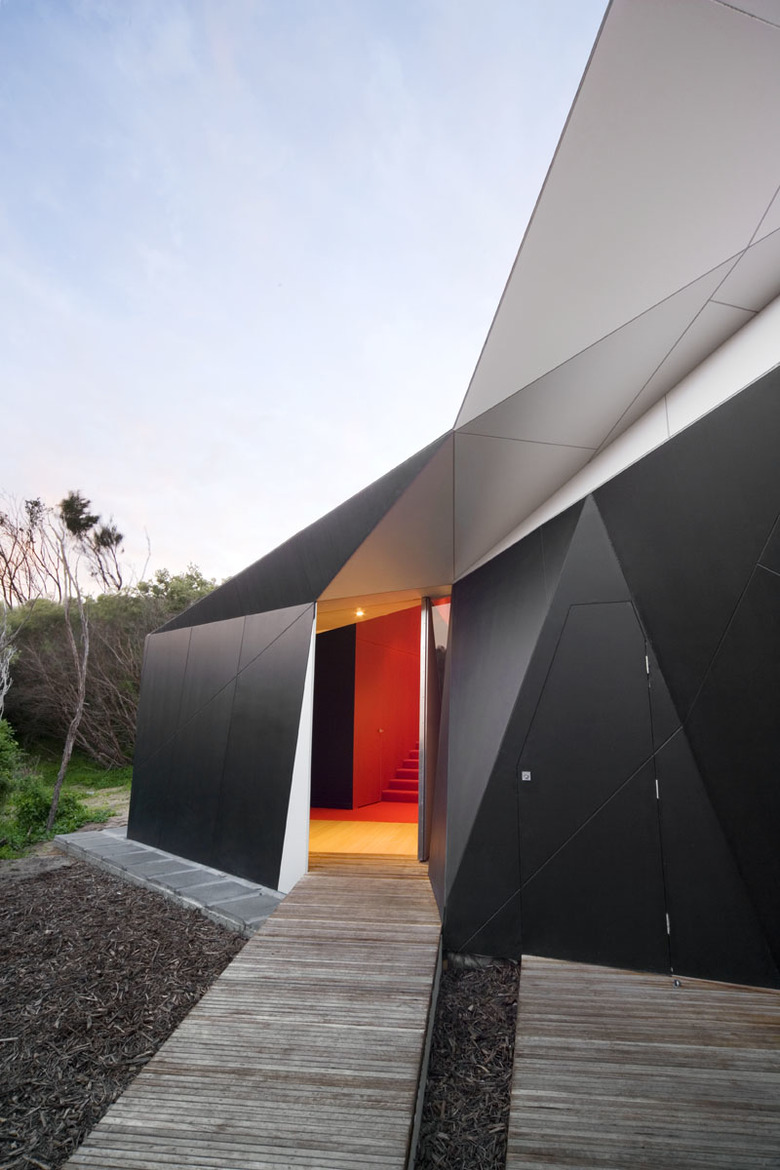 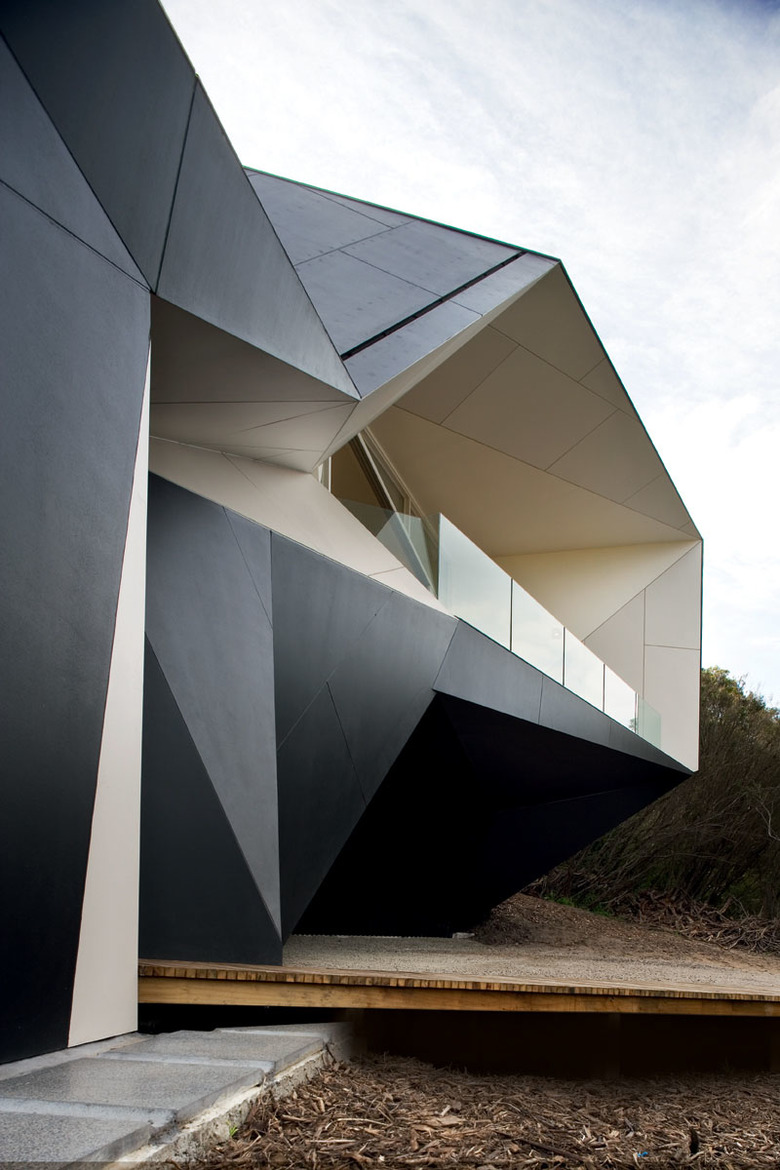 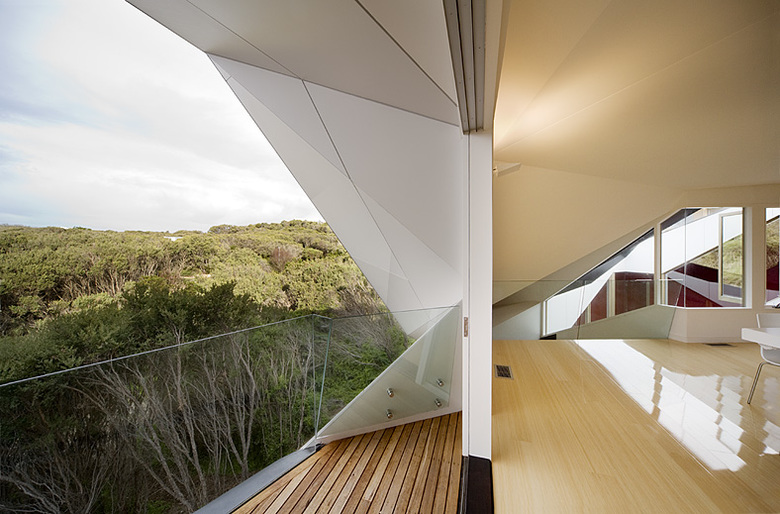 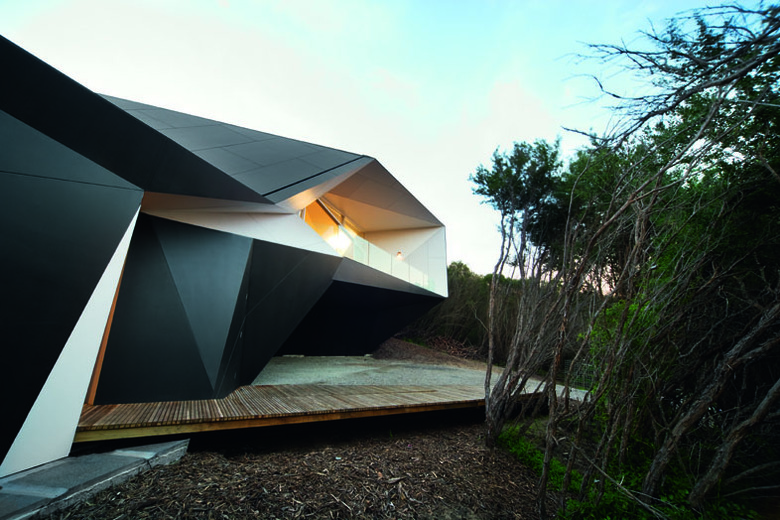 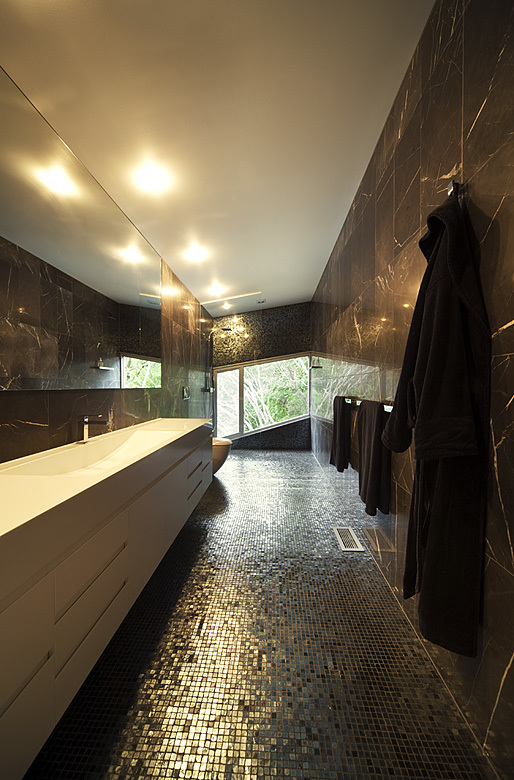 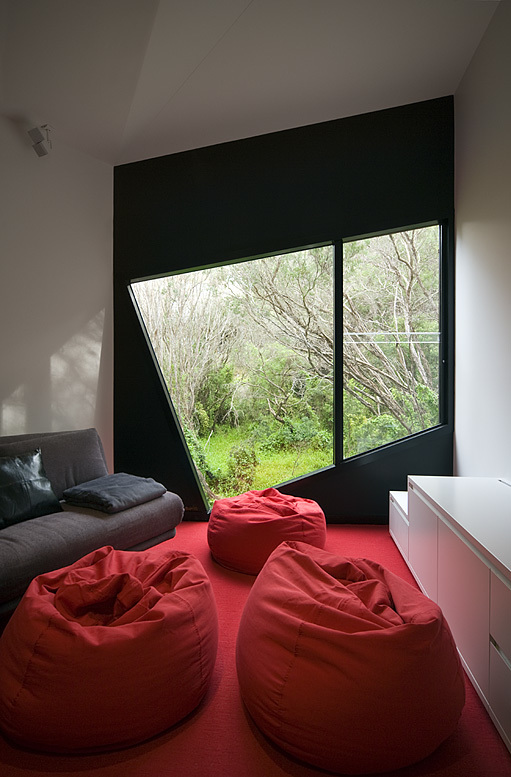 The Klein bottle is a descriptive model of a surface developed by topological mathematicians.  Klein bottle, mobius strips, boy surfaces, unique surfaces that while they may be distorted remain topologically the same. I.e. a donut will remain topologically a donut if you twist and distort it, it will only change topologically if it is cut.
The surfaces that mathematicians have developed hold intrigue for architects as they hold a promise of new spatial relationships and configurations. Technology (CAD) has played an important part in all this, it is now more possible to efficiently describe more complex shapes and spaces and communicate these to the build. Previously the more orthogonal means of communication – plans, sections and elevations naturally encourage buildings which are more easily described in these terms, i.e. boxes.
This holiday house is situated on the Mornington Peninsula 1.5 hrs drive from Melbourne. It is located within the tee–tree on the sand dunes, a short distance from the wild 16th beach.  From the outset MCR wanted a building that nestled within the tree line. That talked about journey and the playfulness of holiday time. What began as a spiral or shell like building developed into a more complex spiral, the Klein bottle. MCR were keen to be topologically true to the Klein bottle but it had to function as a home. We thought an origami version of the bottle would be achievable and hold some ironic fascination. (The resulting FC version also has a comforting relationship to the tradition of the Aussie cement sheet beach house).
The building (we think) is also within that tradition of the use of an experimental geometry that could be adapted to more suitably meet contemporary needs, and desires. In that sense it is within the heroic tradition of invigorating the very nature of the home, most notable of this tradition would be the great experimental heroic houses by Melbourne architects in the 50’s (McIntyre and Boyd in particular).
The house revolves around a central courtyard, a grand regal stair connecting all the levels. There is a sense of both being near and far to all occupants.
Its endless, curling shell-like quality particularly in the tee tree brings about a comforting togetherness.