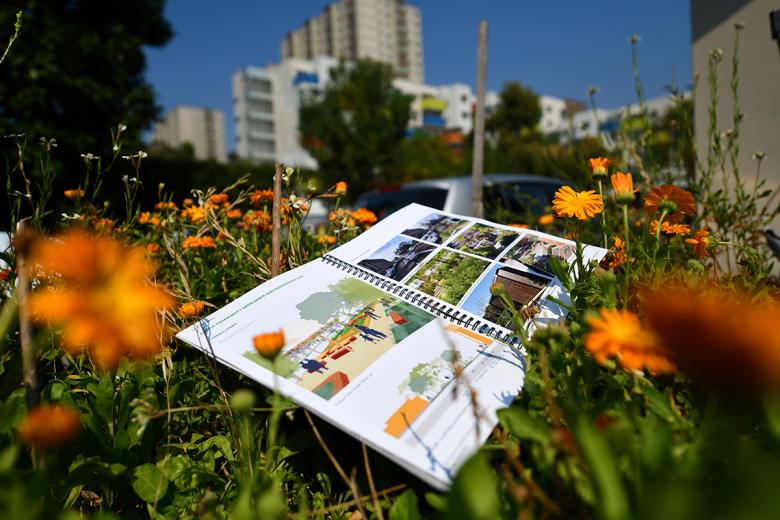 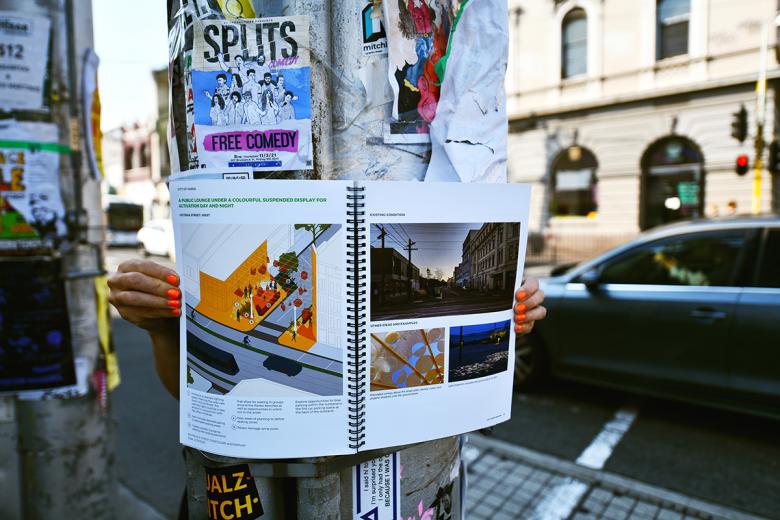 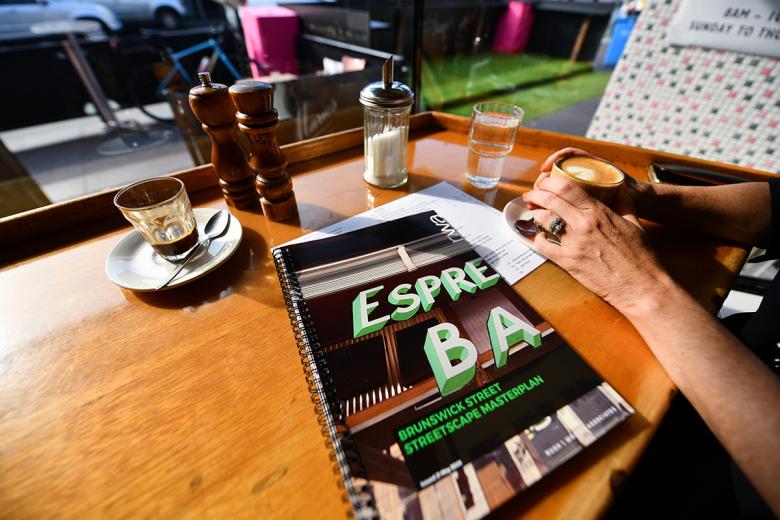 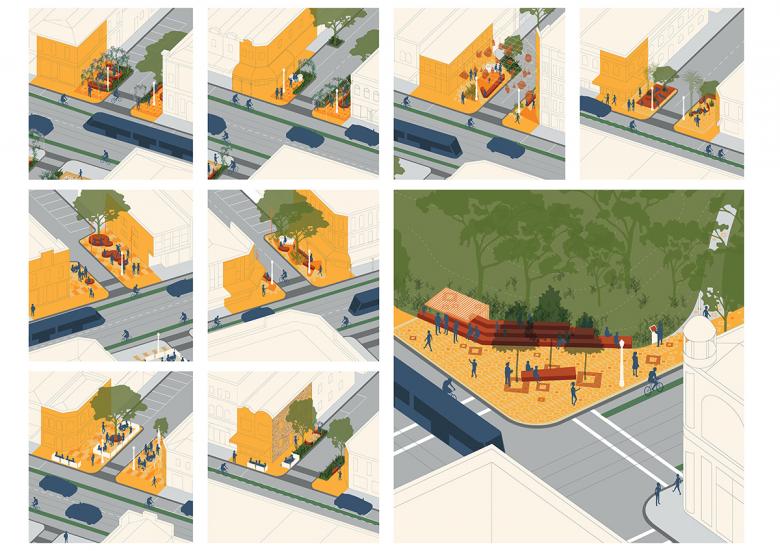 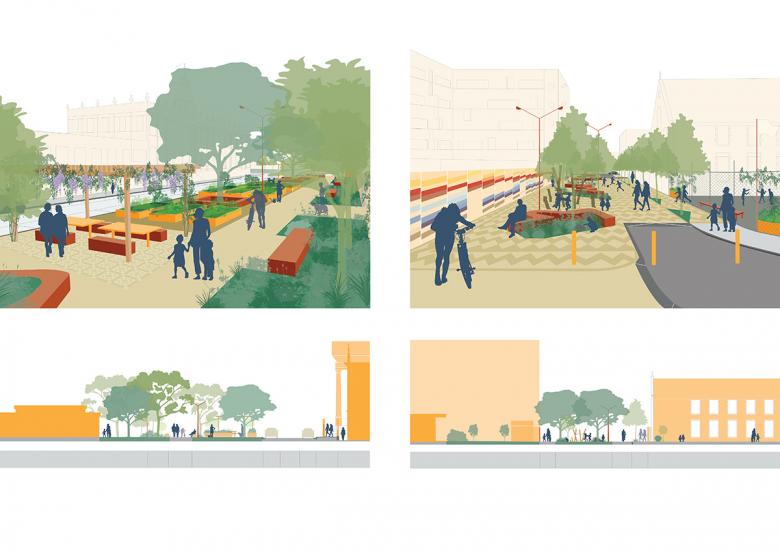 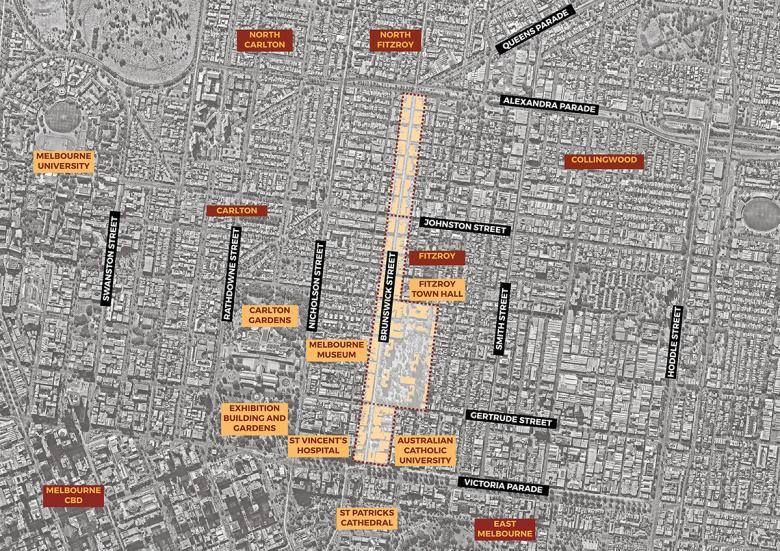 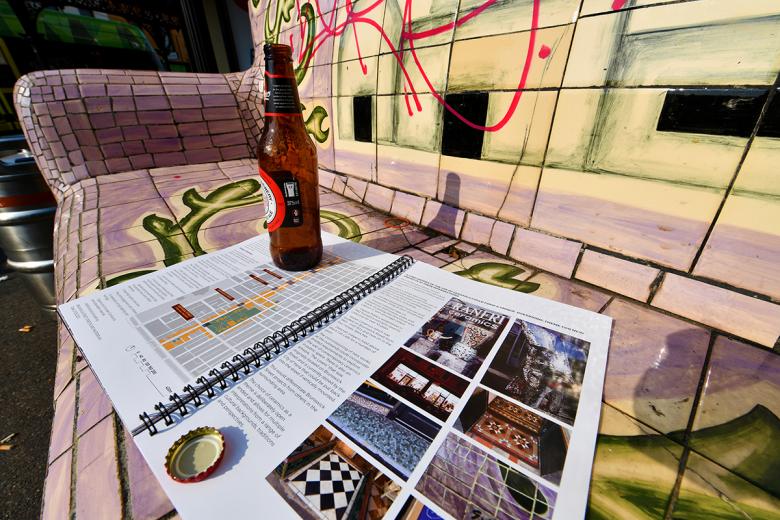 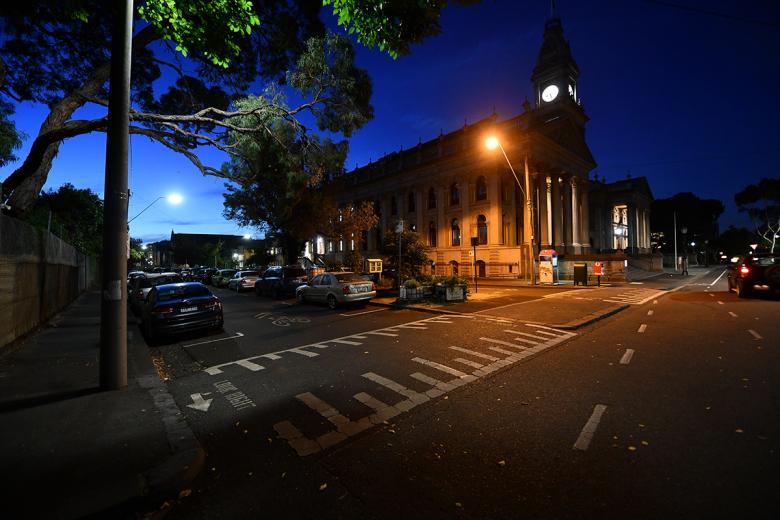 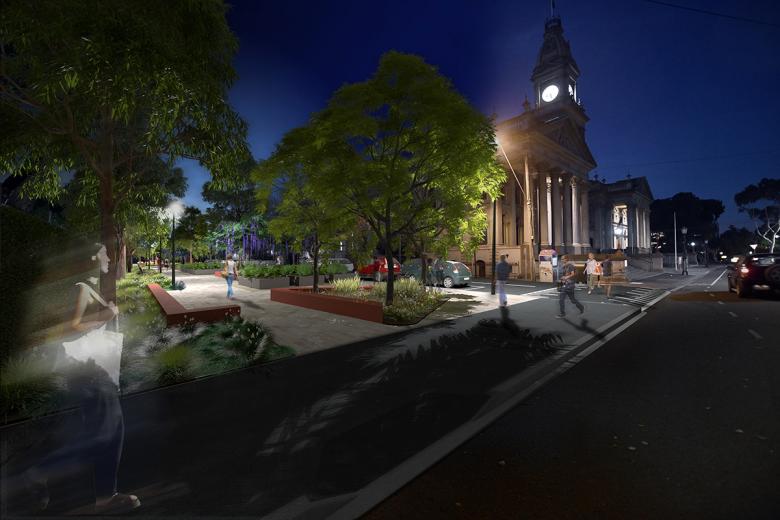 RWA were engaged by the City of Yarra to prepare a Streetscape Plan for Brunswick Street from Victoria Parade to Alexandra Parade, including the streets surrounding Fitzroy Town Hall and Atherton Gardens, to guide the design and delivery of future public realm improvements.

The future transport role of Brunswick Street's road space is a contested one, unlikely to be resolved in the near future. The lack of resolution has for the past two decades prevented any significant upgrades to the public realm of the street. The scope of this master plan was primarily confined to the footpath space- with an ambition to redress the neglect of public space along the street and improve the amenity, appearance and quantity of people friendly places along its length.

Brunswick Street typifies the opportunities and constraints of finding space in Melbourne’s great tram street shopping strips, including: dealing with contested spatial limitations enforced by the tram route, a desire to increase footpaths and planting, all set against the constraints of historic building awnings and the balance of outdoor dining – while reclaiming as much of the street as possible for public use.

Our role, working closely with the City of Yarra was to identify strategies which maximised the potential of Brunswick Street and the Fitzroy Town Hall Precinct as an active and eclectic place for people.

Understanding streets as places not just for movement but as containers of history- and platforms for social interaction and belonging.

So how does one approach a street that is larger than life?

Brunswick Street has always had good bones- as one of the first commercial thoroughfares connecting the city to the inner-north’s first suburb Fitzroy. The life of the street has ebbed- and occasionally flowed away, only to return again in new ways, defined by waves of European, Asian and now African migration and gentrification. Fitzroy is also a place of significance for Aboriginal and Torres Strait Islander People- in particular its history as a social and political hub for Aboriginal activism.

Brunswick Street now exists in the imagination of Melburnians as a street with a grungy, colourful, alternative persona. This reputation chiefly draws on Brunswick Street’s cultural explosion in the 1980’s and 90’s as the preferred stomping ground of bohemians, designers, artists, radical feminists, comedians and musicians.

Much of this is still present today but the bars, pubs and restaurant and retail mix has continued to evolve to reflect the changing population of Fitzroy and the increasing density of the suburb.

We found that the key design challenge was to appreciate what has past, but also see that this is a place still in motion. Old stories and fragments subsist alongside new emerging orders- constantly intersecting, overlaying and sometimes even erasing each other to continue the story of Brunswick Street. This design challenge- or aspiration- allowed our design approach to be contextually responsive but also ambitious for change.

The wide-ranging answers to this question- sought from many perspectives- along with our detailed site observations drove all of our decisions.

Engagement was critical. A two-phase public engagement process was undertaken, along with targeted consultations with the Aboriginal Advisory Group, local health, community and social services providers, primary schools and traders which resulted in around 5,400 responses.

Overarching aspirations included more seating and spaces for people, planting and authentic reflection of place. Our next step was finding all the underutilised spaces, the needles in the Brunswick Street haystack.

A master plan is only as good as the projects it generates. Since completion additional feasibility studies for the King William/Condell Street civic spine are being progressed to establish capital works funds against the project the following year.

Council have also been successful in using the masterplan to gain federal funding from the Local Roads and Community Infrastructure Program to build one of the out-stand projects at Kerr Street. A team, including a renowned Australian female ceramicist will commence next month.

The Brunswick Street Streetscape Plan has received an Award of Excellence in the 2021 Australian Institute of Landscape Architects (Victorian) Awards for Urban Design.