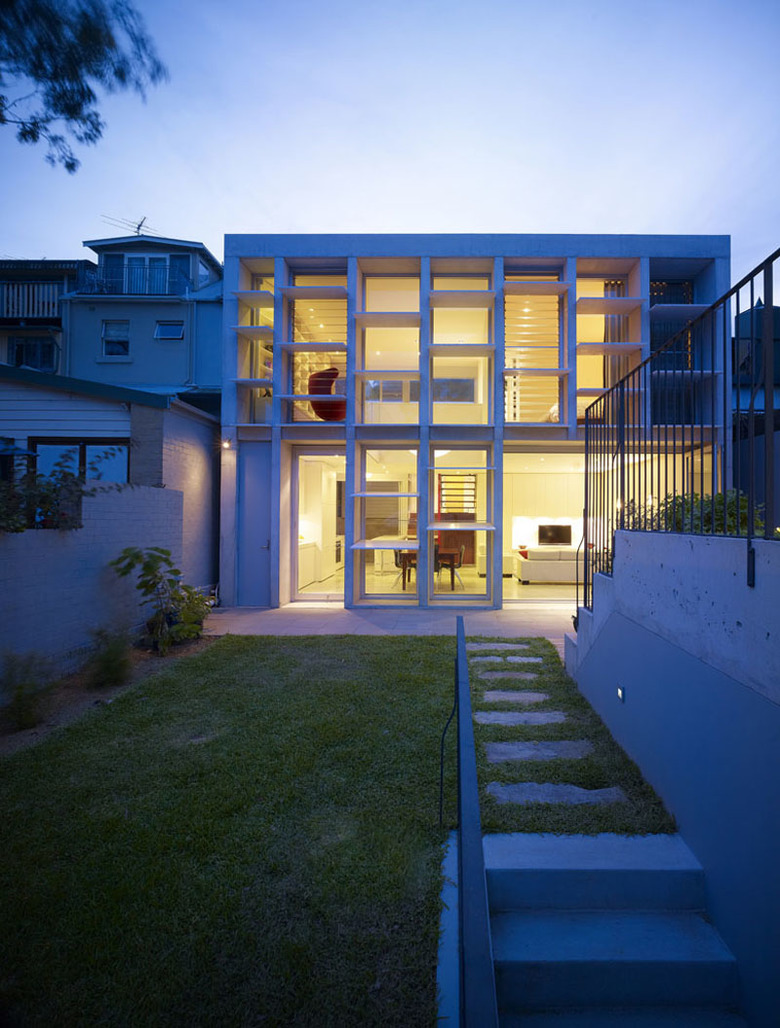 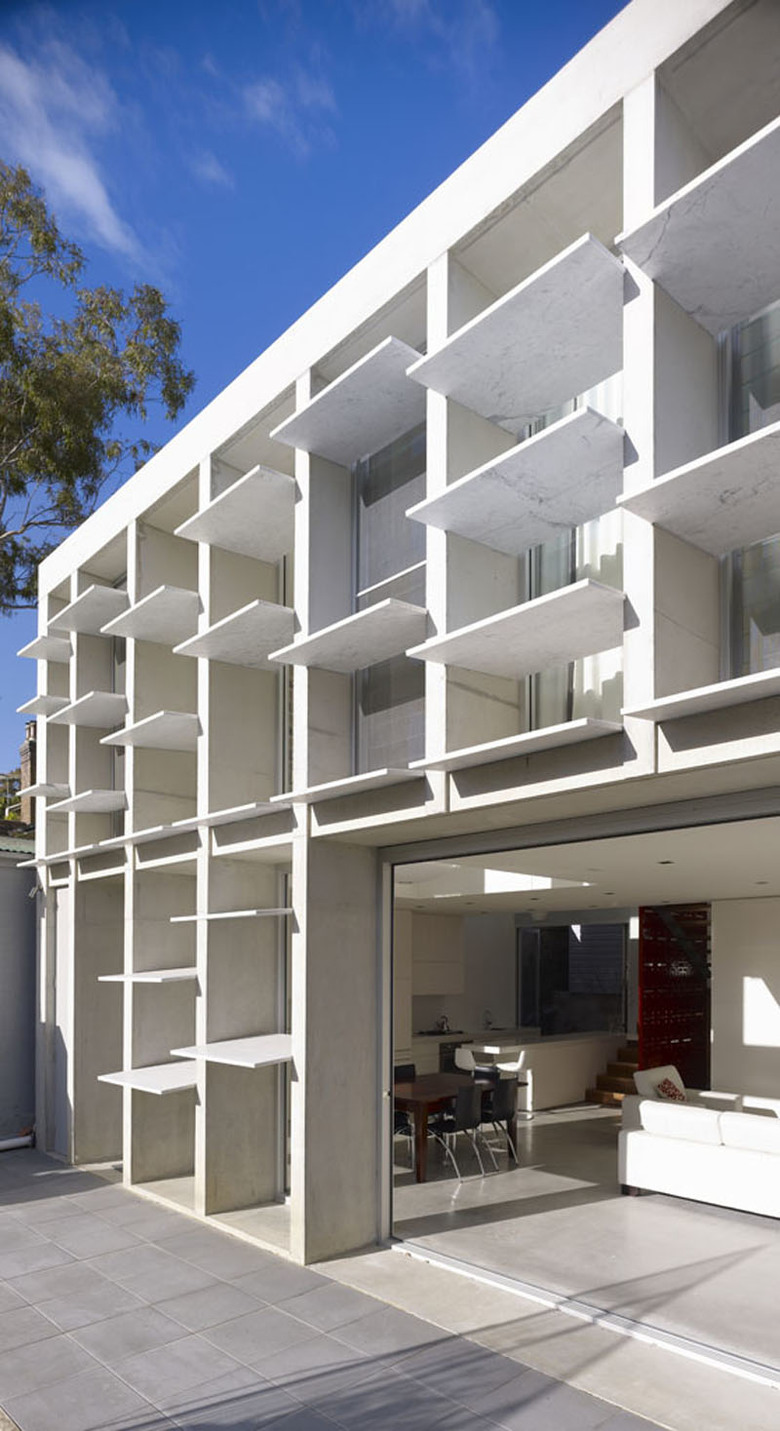 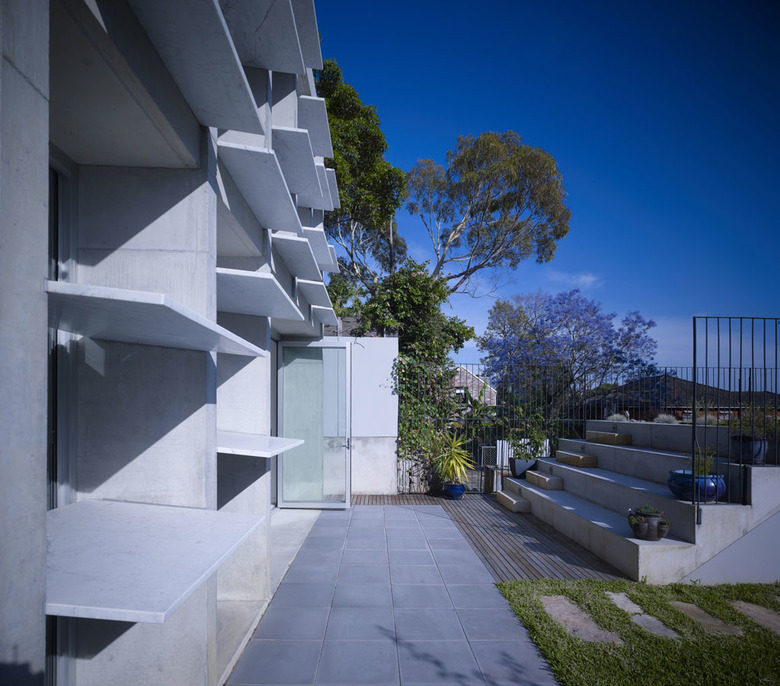 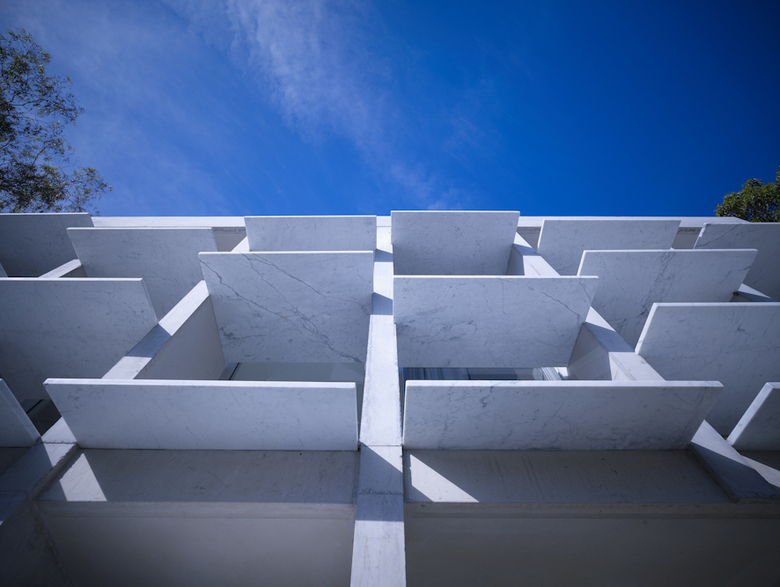 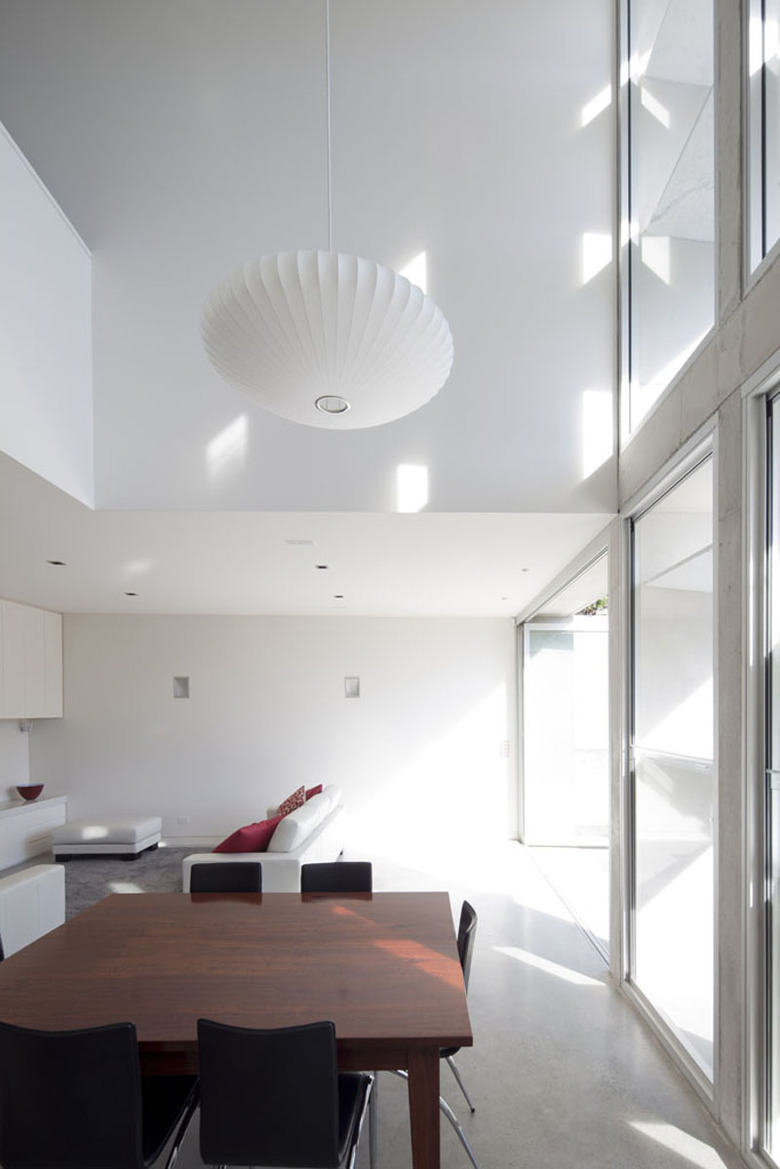 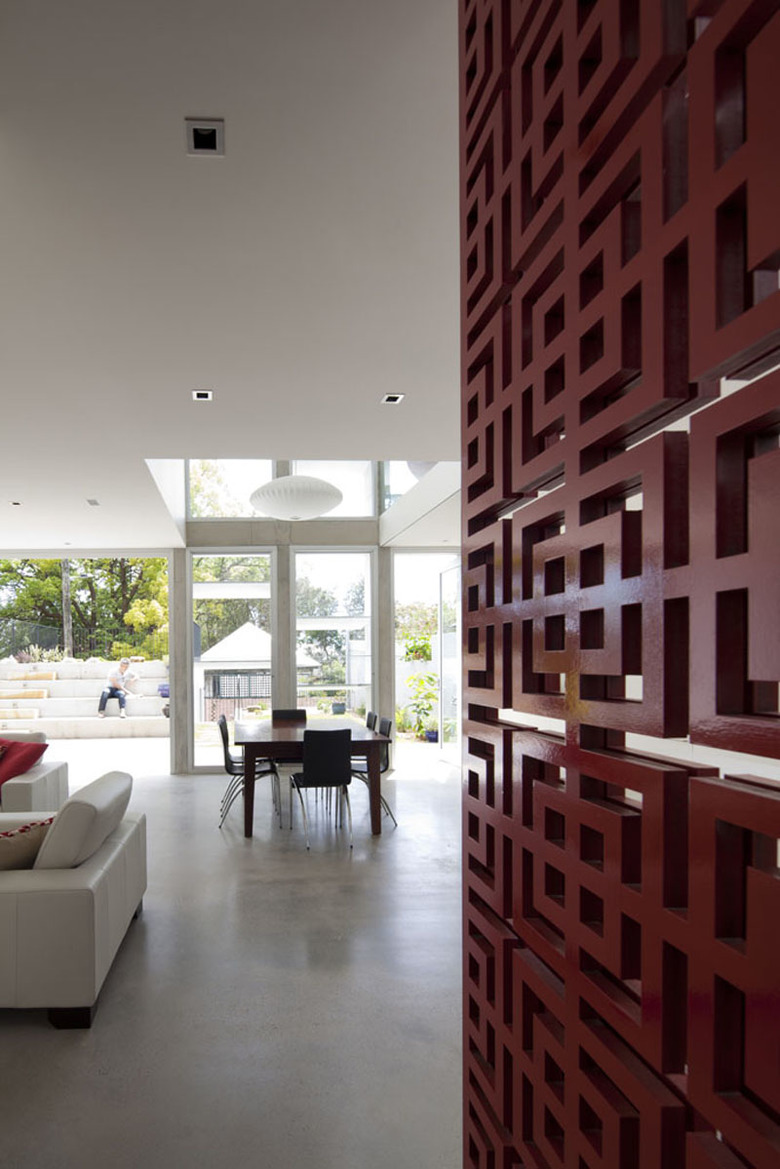 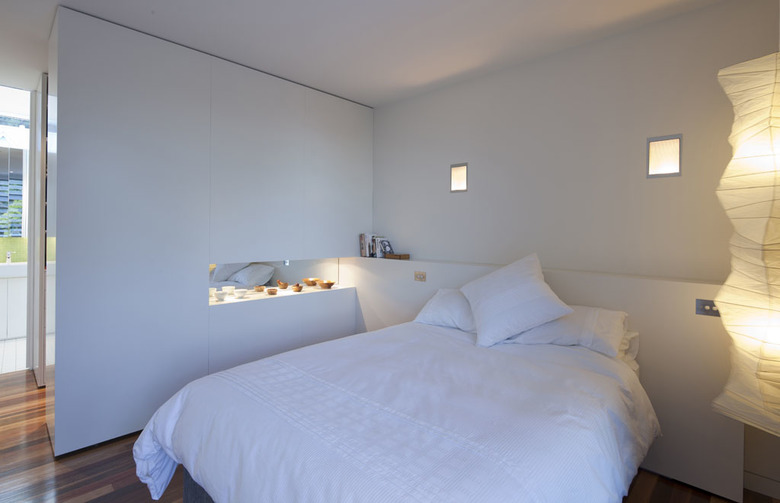 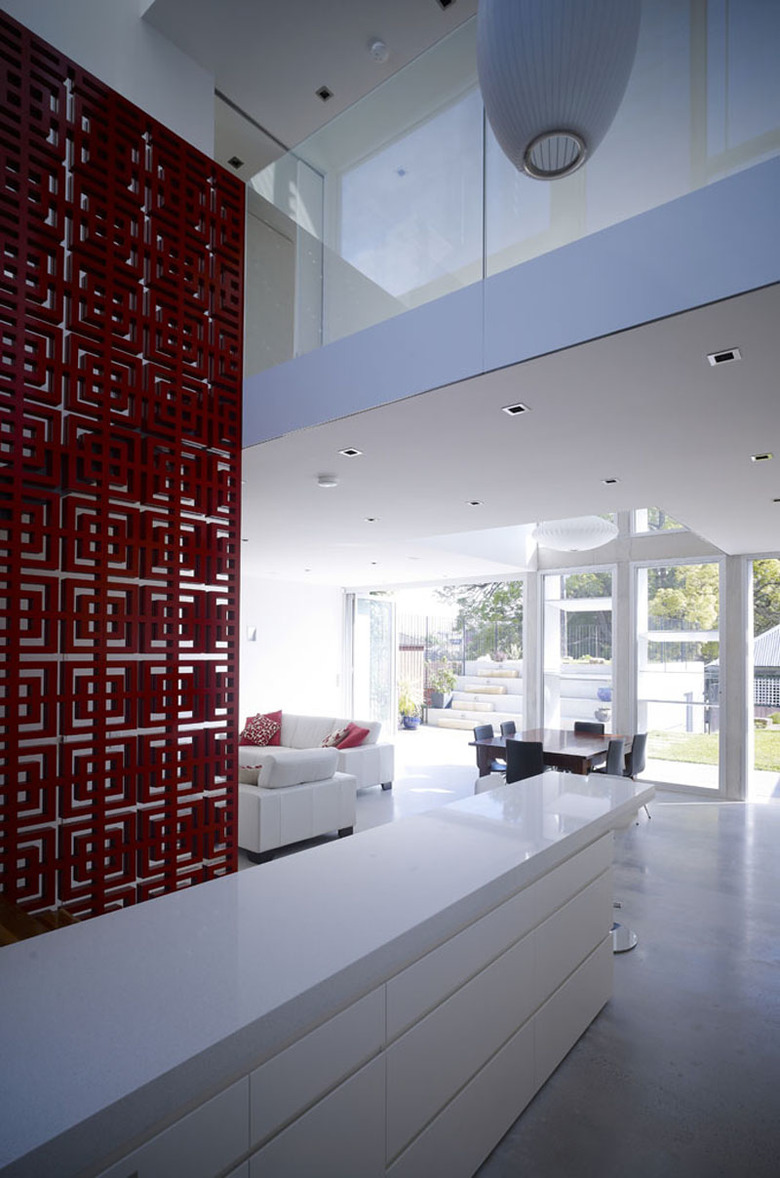 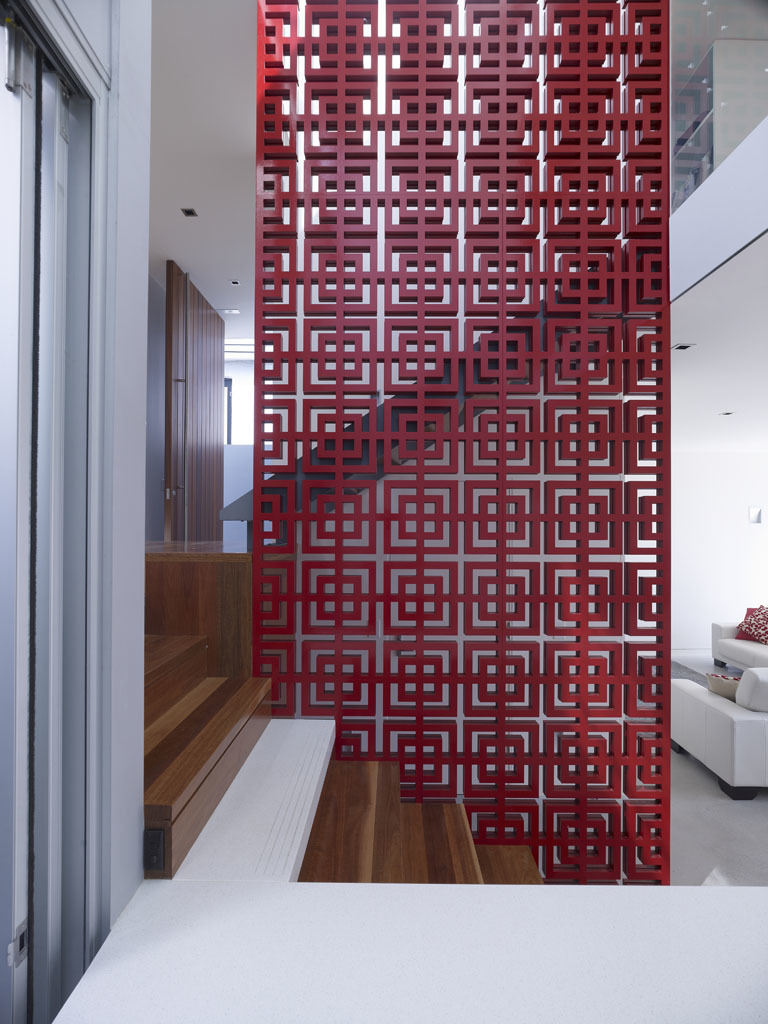 Preserving and restoring the integrity of the existing 1860’s workers cottage as part of the streetscape and the eclectic, urban fabric of Balmain was key to the development of this site.

The addition needed to be sympathetic, evolving to sit behind and­­ recessive from the original cottage. Light and bright, the new building contrasts spatially with the low, intimate spaces of the existing home. Where the two buildings meet they are united by a light connection, a transitional space at the focal point of the home.

Operating as an interface between the interior and exterior condition, the rear façade is a playful composition of strong, off-form concrete elements which mediate the light from the east and west and striking, fixed marble louvres that filter and attenuate northern light in summer yet allow it to be drawn deep inside during winter.

Not only utilitarian, the rear façade is central to the character of the home, taking on an ephemeral quality as it captures and translates shifts in time and seasons. The marble louvres glow iridescent blue in the evening as the sun sets and cause dynamic bands of shade to play over the interior walls during the day.