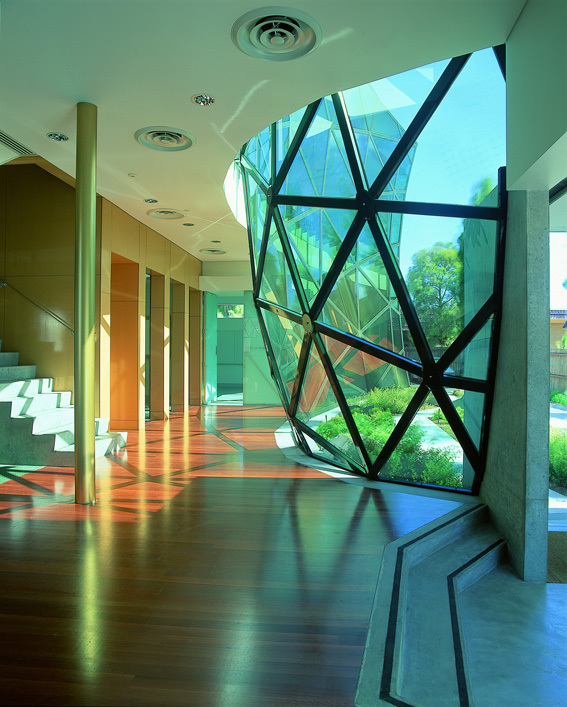 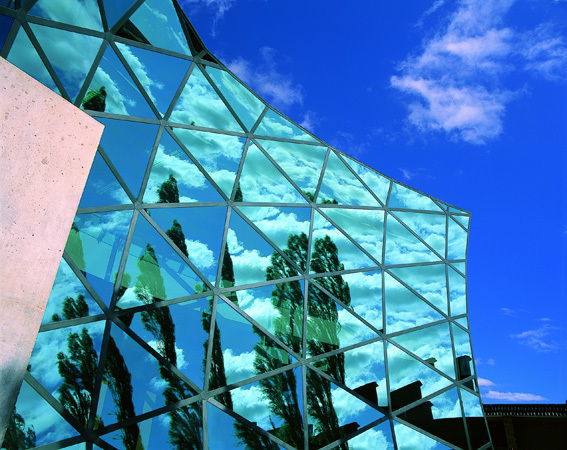 This project is a substantial alteration and extension of an old bank to create new offices for a medical software company which uses computers to generate form, called ProMedicus. The brief from ProMedicus was for a dramatic building that would provide an impressive and memorable face for the company.

Here, using volumetric extraction known as Boolean operations (after the 19th Century mathematician, Boole), dimensioned deformation is explored as the formal strategy for design. The result, built using a truncated geodesic dome as the facade, directly determines the interior space of the public areas, resulting in an extraordinary sense of implosion.

The existing building is situated on a busy intersection. The solution retained the solid walls of the bank facing the noisy streets, and carves out the walls furthest away from the street.