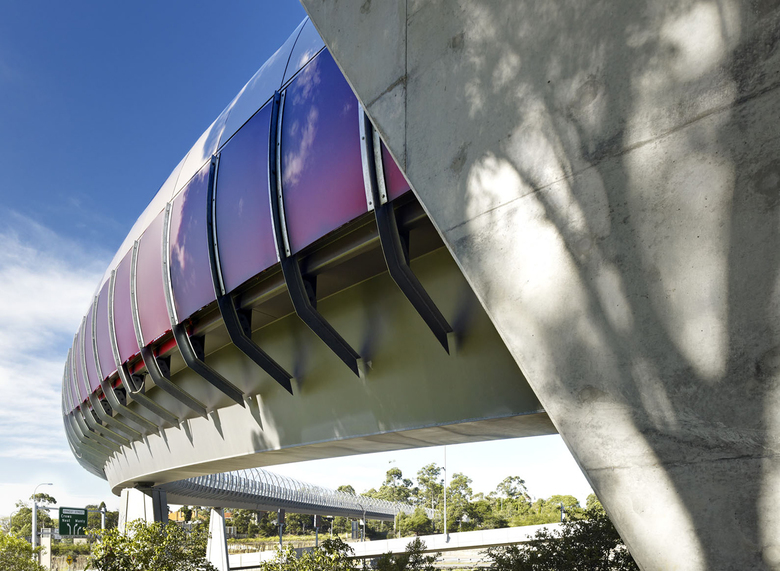 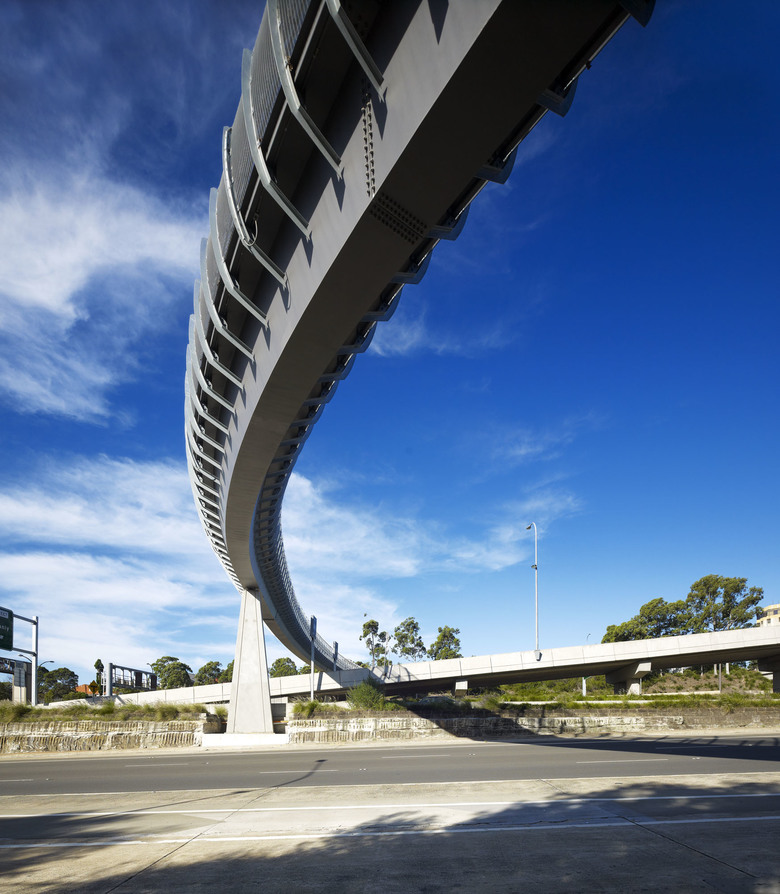 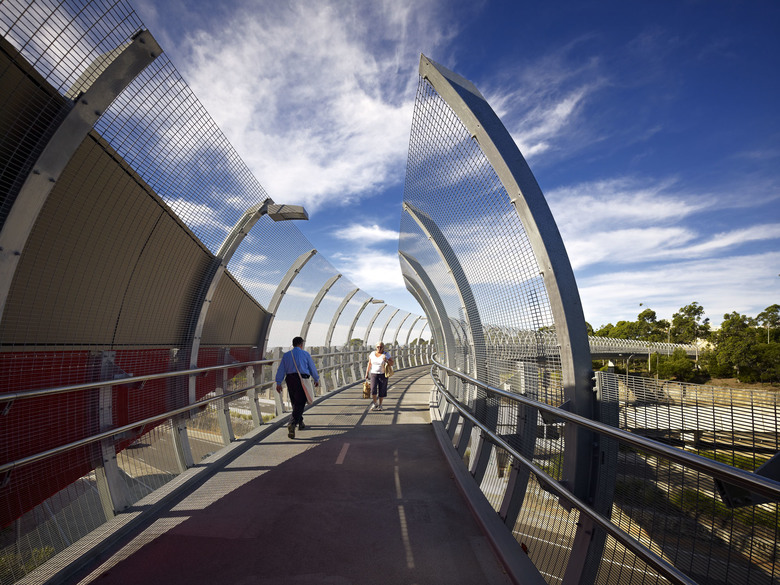 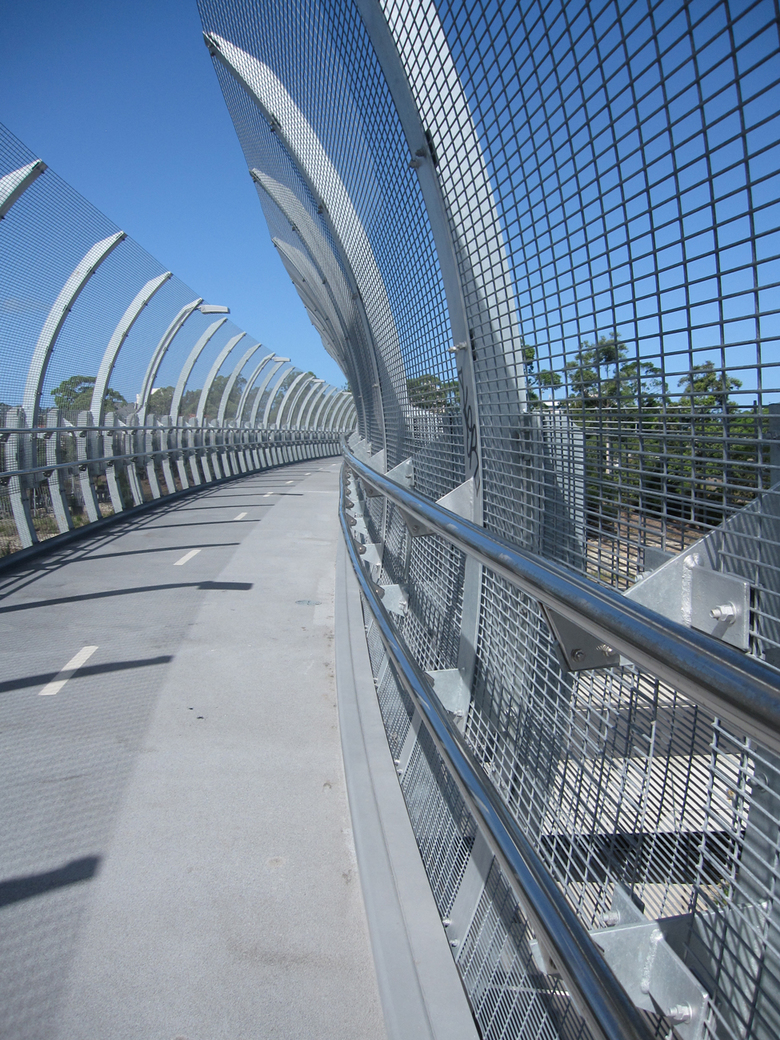 The project is located in a complex site spanning across the Warringah Freeway corridor and is one of the longest pedestrian bridges in Australia. This rather harsh and convoluted environment with large rock cuttings, freeway on-load and exit ramps required a bold site response to create a legible structure. The requirement for a privacy screen provided the opportunity to introduce an accent to the structure that defined the western abutment.

Key design elements are:
The sweeping curve of the horizontal alignment of the bridge, providing the shortest distance for pedestrians and cyclist to cross the freeway, taking into consideration vehicular clearances.

Curved safety screens, curved also in their vertical alignment to create a ribbed effect that also softens the appearance of the structure. The combination of a curved horizontal alignment with the repetitive rhythm of the curved screen posts adds interest for pedestrians and cyclist along the 220 metre long bridge.

Curved screen posts that extend below the deck to visually integrate these elements with the superstructure, articulating its length whilst expressing the curved alignment of the bridge. As the posts do not touch the superstructure, a ‘floating effect’ is created that allows the individual expression of each element whilst minimising any staining.

Piers with a trapezoidal shape that expresses the transfer of forces from superstructure to ground and also visually relate to the adjacent angular structures of the Falcon Street Bridge Interchange. This is also expressed in the treatment of the angular abutments.

Abutments conceived as solid concrete elements that ‘reach out’ towards the structure creating a dynamic interface from which the superstructure ‘shoots’ out from. The result is a sweeping structure that expresses its form in a dynamic character whilst retaining clean and simple lines.