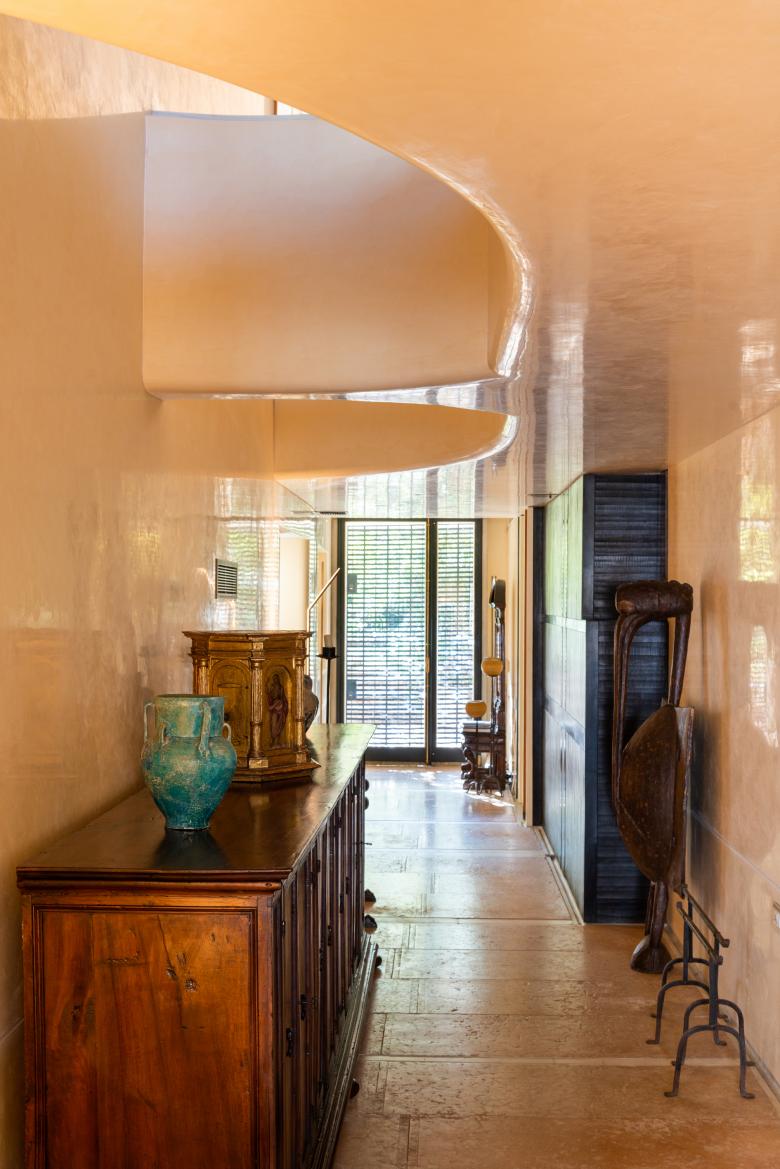 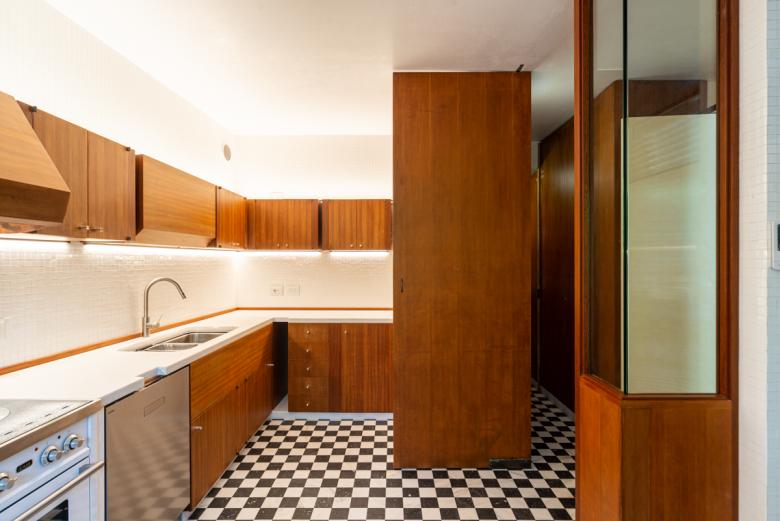 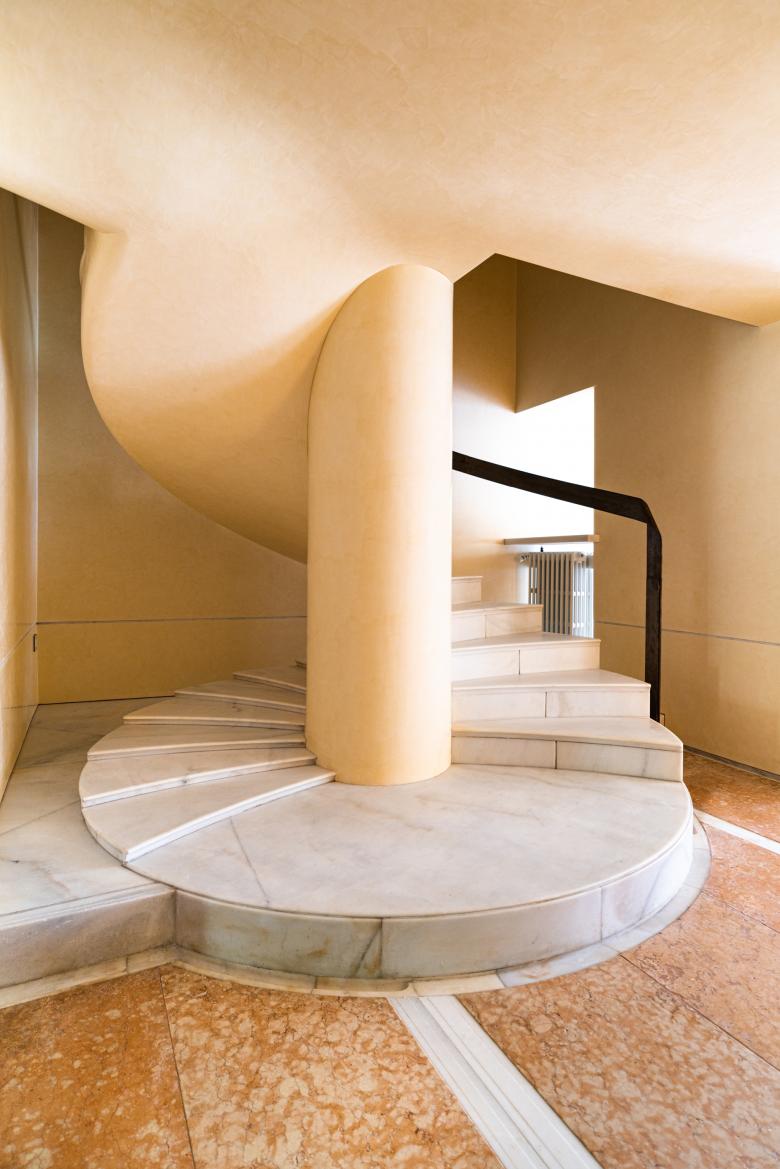 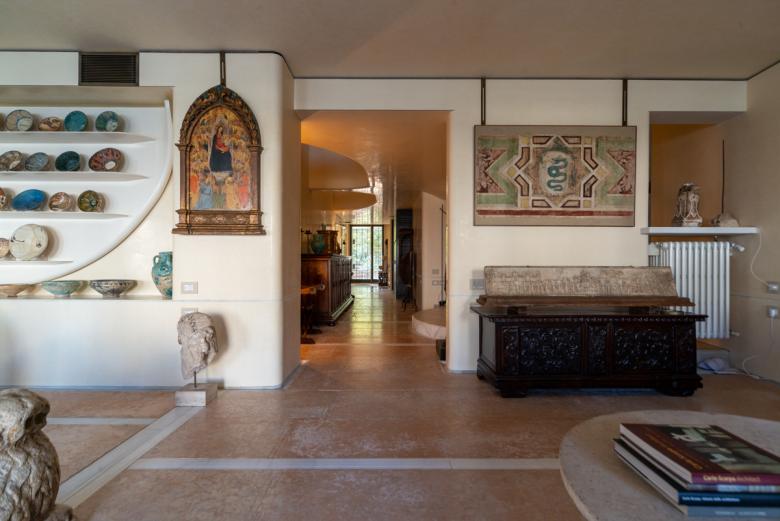 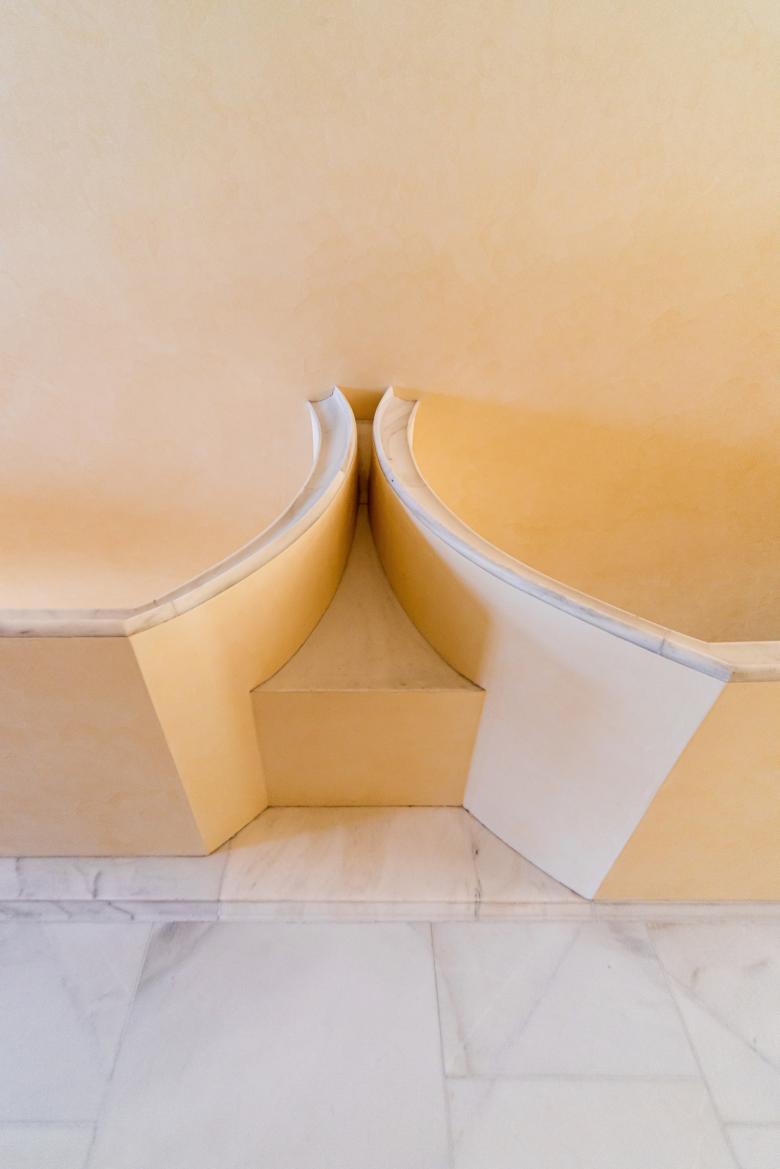 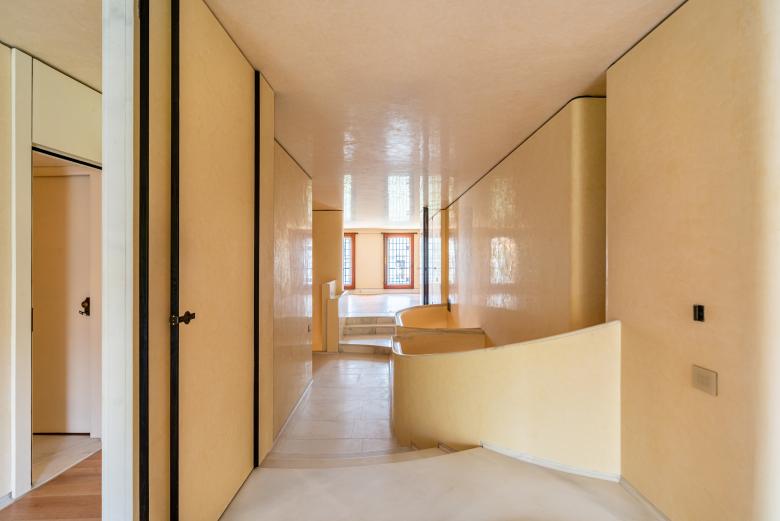 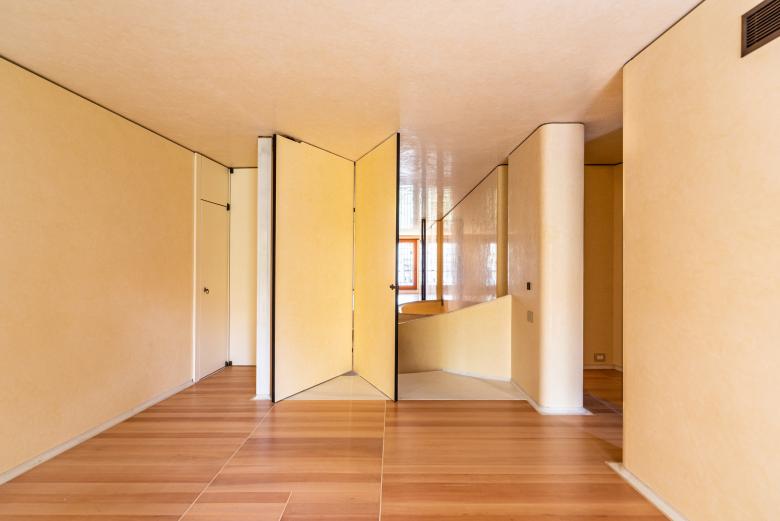 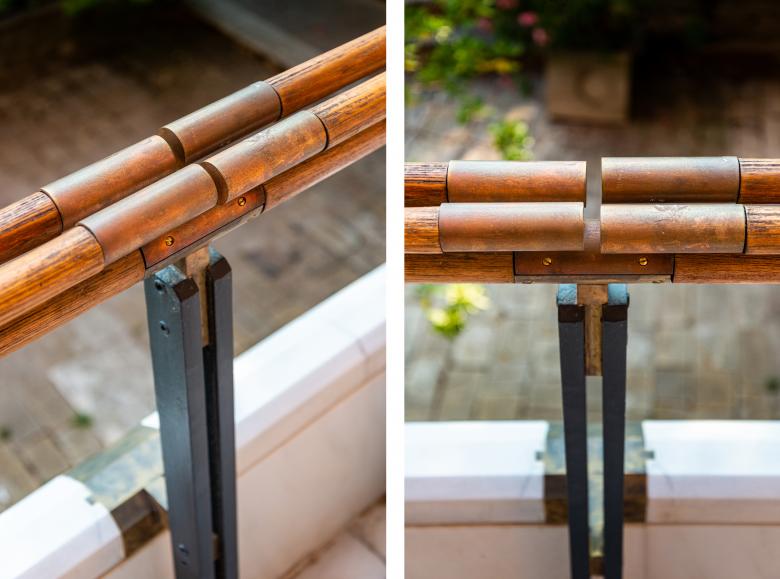 Towards the end of 2017 we were commissioned to restore Balboni’s House by Carlo Scarpa in Venice.

His work is announced on the front facing the garden with a prominent reinforced concrete avant-corps, which encloses the entrances to the house.

On the ground floor, the spacious living room reveals the whole width of the house and overlooks the terrace on the Grand Canal, most of all the floorings are in Prun stone slabs with strips of Lasa marble in good conditions. All the walls and ceilings of the house, apart from those of the service areas on the ground floor, were originally finished with ivory-white Venetian-style stucco lucido. Unfortunately, over time the surfaces in stucco had undergone an inexorable yellowing, due to the oxidation of the components and to the presence of tobacco smoke. Added to this was irreparable damage to the internal surfaces of the living room, due to consolidation work on the condominium facade of the building on the Grand Canal, carried out with little attention for the uniqueness of Casa Balboni. Once we had overcome our astonishment at the precarious state of preservation of the house we began a study in depth of the extent of the original work, to organize the project of restoration.
Carlo Scarpa did not follow completion of the building work carefully, due to frequent disagreements with the client Loredana Balboni and his simultaneous commitments on Villa Zentner in Zurich. At the first floor the finishing screed was laid a few millimeters from the edge of the shaped skirting boards in Lasa marble and forced the owner, when Scarpa abandoned the work without leaving any instructions, to lay carpeting, later replaced on the garden side only by a modest linoleum covering.

The mediocre state of preservation of these fittings led us to rethink the floors of the bedrooms, sitting rooms and closet on the first floor. After numerous exploratory studies, the design solution involved the use of a handcrafted parquet in solid oiled pear wood, interspersed with 6 x 6 mm pure silver rods, refined inserts that mark their variable length in accordance with the installation, while they receive and reflect the light coming from the Grand Canal and the garden, which shimmers on their surfaces.