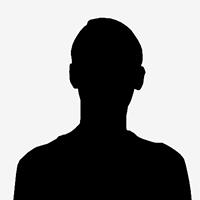 Kate is a founding director of TCL and is a nationally and internationally recognised and awarded landscape architect and environmental artist, with particular skills in the integration of public art with landscape and urban design. She has worked as both an artist and designer for a number of international art and garden festivals both in Australia and overseas. Kate is experienced in the design of residential and public gardens and parks and her work in this area has been extensively published internationally. Her background in botany and her strong personal interest in horticulture have resulted in her involvement in the planting design of sites throughout Australia.

Kate has been a member of the core design team in many of TCL’s award winning projects including the Redevelopment of North Terrace and Victoria Square in Adelaide and The Australian Garden, which won the 2013 WAF, ‘Landscape of the Year’ Award. She was one of four inaugural recipients of the AILA National Edna Walling Award for Residential Design in 2006.

Kate has taught at both secondary and tertiary levels and is most familiar with the education sector. She has recently completed a PhD which reflected on 25 years of TCL’s practice, as well as her interest in beauty, aesthetics and care and how these qualities can be aligned with creating and appreciating sustainable landscapes. 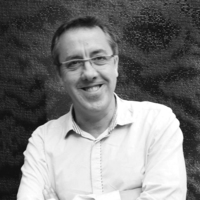 Perry is internationally recognised as a leading contemporary landscape architect and urban designer. His work is widely published, particularly his successful entries for major national and international design competitions including the National Arboretum in Canberra and the University of Sydney. His skills in urban design, at both the large master planning and detailed design scale, make him a valuable asset to TCL and clients. He is a sought after design lecturer and critic at Universities and as a juror for professional practice awards and advisory design bodies.

Perry has led the successful implementation of complex landscape and urban projects such as The Forest Gallery at the Melbourne Museum, The National Arboretum Canberra, winner of the 2014 World Architecture Festival, ‘Landscape of the Year’, Auckland Waterfront - North Wharf Promenade and Silo Park NZ, winner of the 2014 Rosa Barba Landscape Prize, and The Australian Garden, Cranbourne which won the 2013 WAF, ‘Landscape of the Year’ Award. 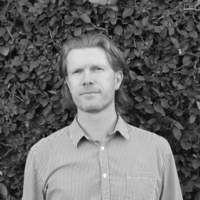 Scott has led multi-disciplinary design and documentation teams on some of the firm’s largest and most complex urban, civic and landscape projects. These include projects nationally and internationally awarded by urban design, architecture and landscape architecture institutes. Projects include the Darlington Campus at Sydney University, the Redevelopment of Lonsdale St in Dandenong, Vic, Craigieburn Bypass, Vic, and Auckland Waterfront - North Wharf Promenade and Silo Park, NZ which won the 2014 Rosa Barba Landscape Prize.

Scott is committed to the development of environmentally sustainable practices throughout the design process and built implementation. He has also taught landscape architecture at Sydney and Melbourne Universities. 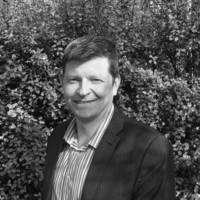 Damian is Director of the Adelaide studio and has worked with TCL since 1997 in both the Melbourne and Adelaide offices on a wide variety of projects in a multitude of contexts and scales. Over the last 12 years he has project managed numerous projects which have resulted in both state and national AILA design awards.

His involvement in significant infrastructure and planning projects such as the Adelaide O-Bahn and Tram Extension and the redevelopment of Adelaide’s two premier public spaces - Victoria Square and North Terrace have provided him with a high level of technical expertise in urban design relating to transport corridors and the public domain. Lisa is a talented and highly regarded landscape architect, with over 13 years’ experience at TCL. Lisa has exceptional skills in conceptual visualisation and design, which has informed the studio’s success in a multitude of local and international projects.

Lisa leads projects from the master-planning phase, through all stages of the design and on-site delivery. Lisa’s experience and expertise is reflected in the realisation of the Riverbank Pedestrian Bridge, Adelaide; Brisbane Airport Link, Queensland; Shanghai 2010 Expo Australia pavilion, China; and Eastern Precinct and Forum Landscapes, Monash University.