Performa is pleased to present Bodybuilding, a free online exhibition that examines the use of live performance by architects and charts a multigenerational lineage of designers and studios who have made architecture out of actions. The exhibition takes place from May 15 to July 15, 2020 on Radical Broadcast, Performa’s online channel at performa-arts.org.

“Bodybuilding, the book, launched during the last Performa Biennial in November 2019, was a ground-breaking publication for architects, writers, and historians across disciplines, with its overview of live performance by architects as a means to explore critical ideas about architecture and to involve the public head-on,” says RoseLee Goldberg, Performa Founding Director and Chief Curator. “Now, Bodybuilding, the online exhibition, takes performance and architecture into new realms. In films and excerpts of live events, it brings the book to life, while at the same time raising the possibilities of digital publishing. Performa produces the two in tandem, one form expanding and complimenting the other.”

Featuring the work of more than three dozen architects, Bodybuilding examines the use of live performance by architects of the 20th and 21st centuries who propose radical new approaches to the theory and practice of architecture. Looking beyond the unbuilt, utopian projects of the early modernists or the postwar avant-garde, the exhibition delves into real works of architecture that draw on performance, from the United States, Europe, Latin America, Asia, and Africa.

“The central question of Bodybuilding is: What happens when performance enters the world of architecture?” says Performa Curator Charles Aubin. “For architects, performance can be a method for designing, a tool to transform users’ experiences, or an instrument of critique. In every case, performance is a blade that cuts into the matter of architecture. It slashes architecture open, but it can also reshape it.” 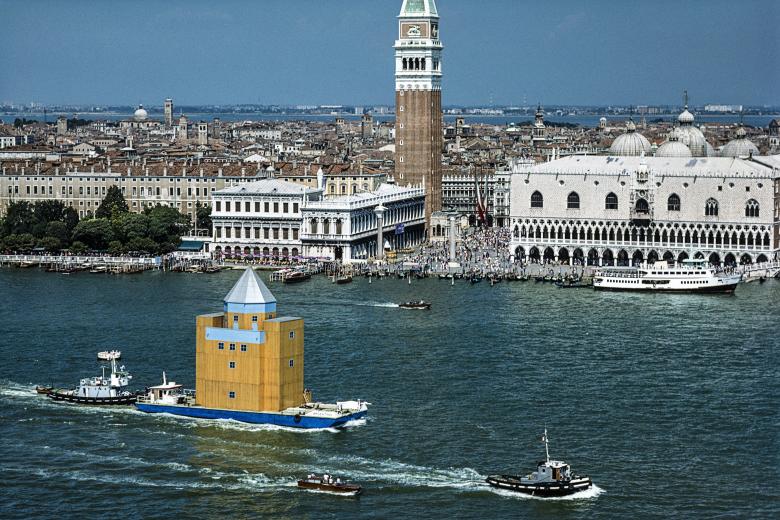