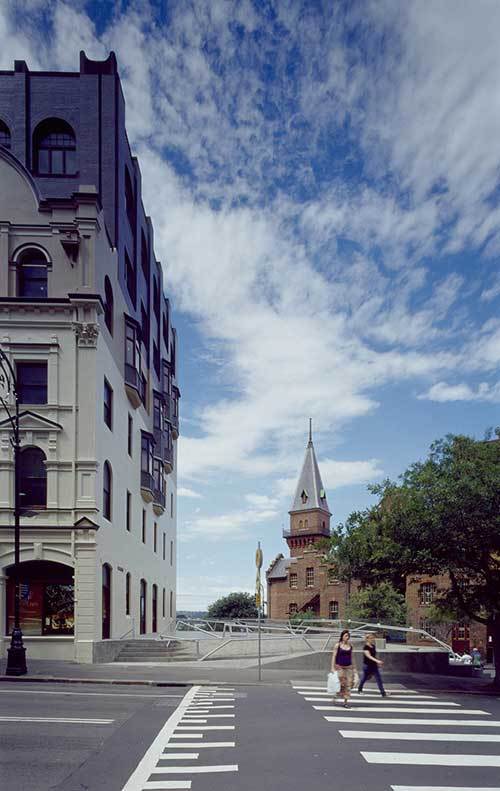 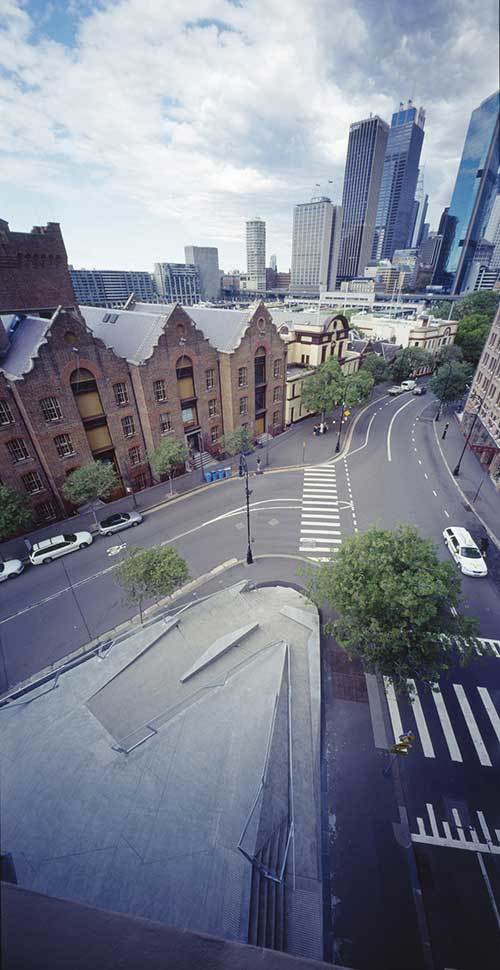 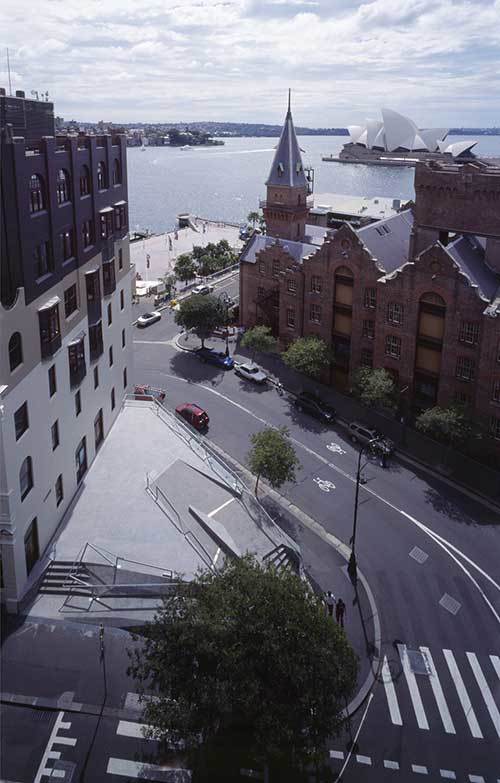 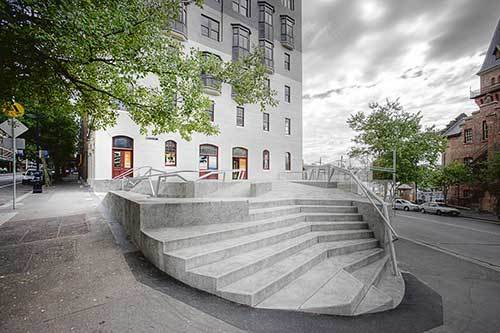 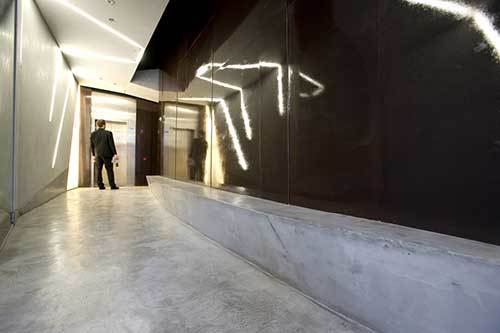 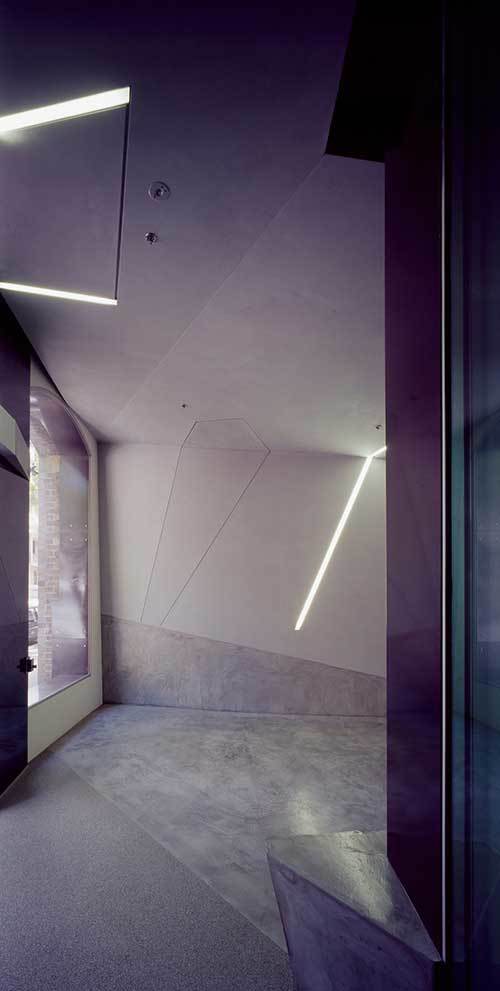 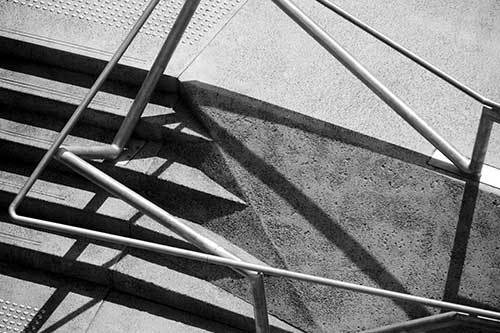 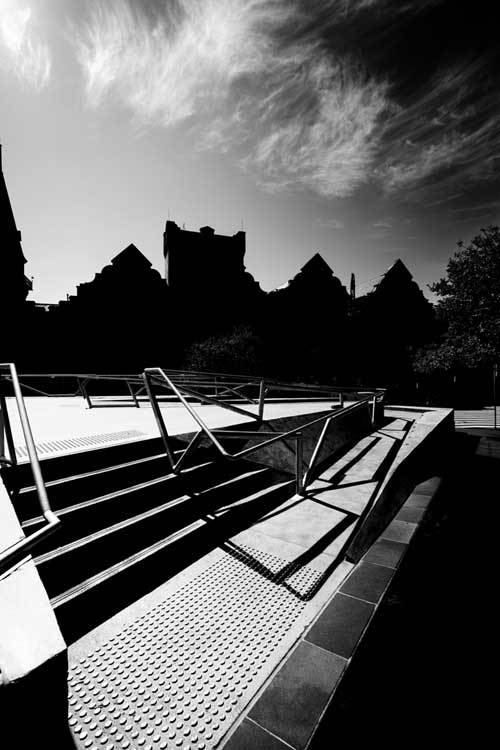 The redevelopment of 86-88 George Street provided an opportunity for the Sydney Harbour Foreshore Authority to deliver an exemplar in the areas of boutique heritage office accommodation with high environmental sustainability credentials. The pivotal location of this project within the Rocks gave the potential for an iconic work that reinforces the image of the Rocks as a vital centre in the city and the Authority as a patron of quality architecture and as a custodian of a distinctive property portfolio. TERROIR were engaged as a consultant capable of delivering a project that could live up to these aspirations.

The existing building is in 2 parts, both of which have heritage listings with the heritage fabric consisting of the perimeter walls. Two key interventions - one inside these walls and one outside - became the primary areas of focus. Internally, the foyer was conceived as a bridge that leaves George Street to connect with the existing lift core. Initial investigations of a Scarperian "tub" gradually evolved into a singular folded concrete tube that provides a dramatic "pause" between street and office.

Externally, an existing triangular remnant of street configurations was developed into a new public space. While part of the project, this space was understood separately to the building as part of the complex cut and folded landscapes characteristic of the Rocks area. An analysis of the existing topography and the need for new connections led to a morphing exercise such that the various levels were reconnected in a single fluid plate. A small canopy sits in the north-east corner of the space which has similarly evolved from a mapping of sun, wind and tenant use requirements. While the materiality of this canopy ties it to the Harbour Bridge and other steelwork interventions in the Rocks, its scale renders it with a "toy"-like quality.

In December 2007 86-88 George Street was acknowledged by the Green Building Council as the first State heritage listed building to be awarded a 5 star Green Star office design rating.