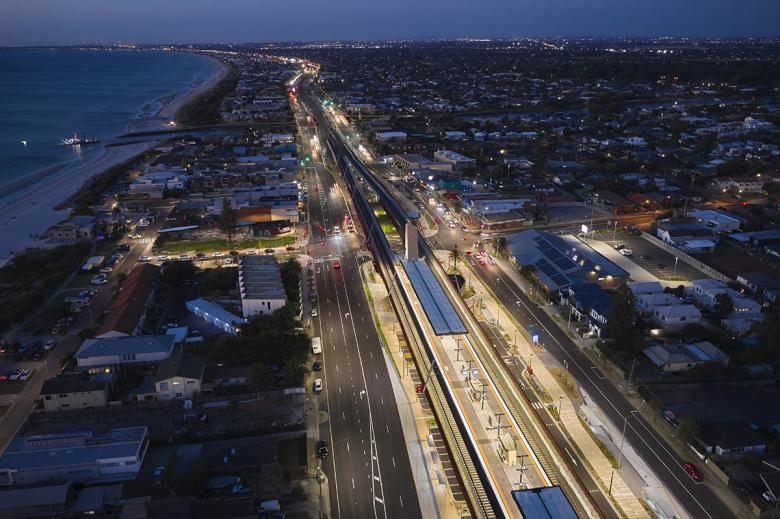 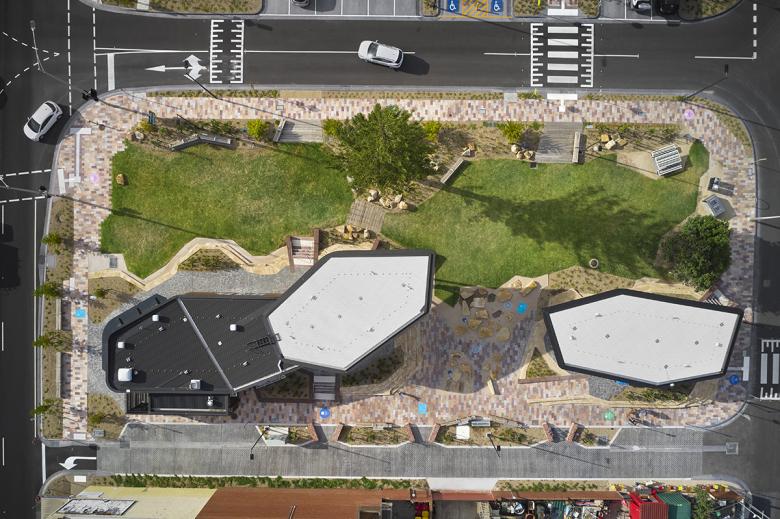 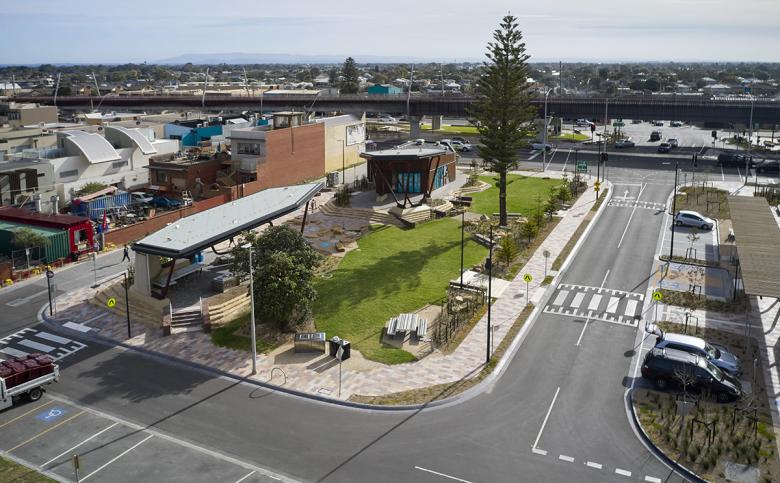 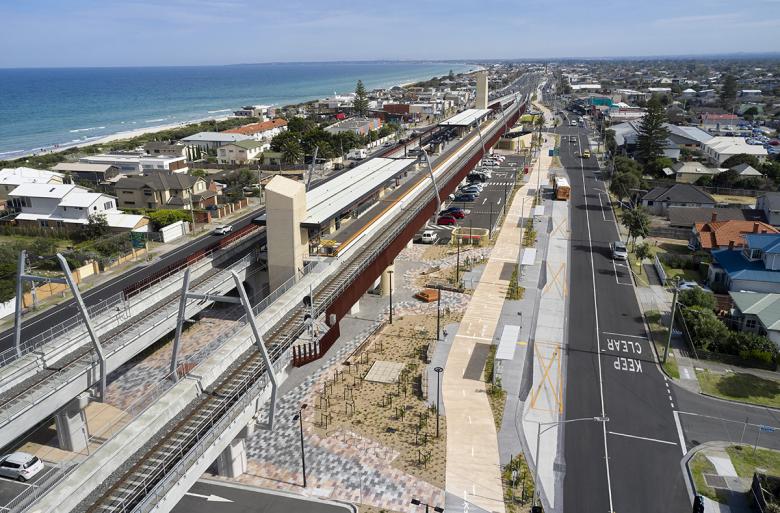 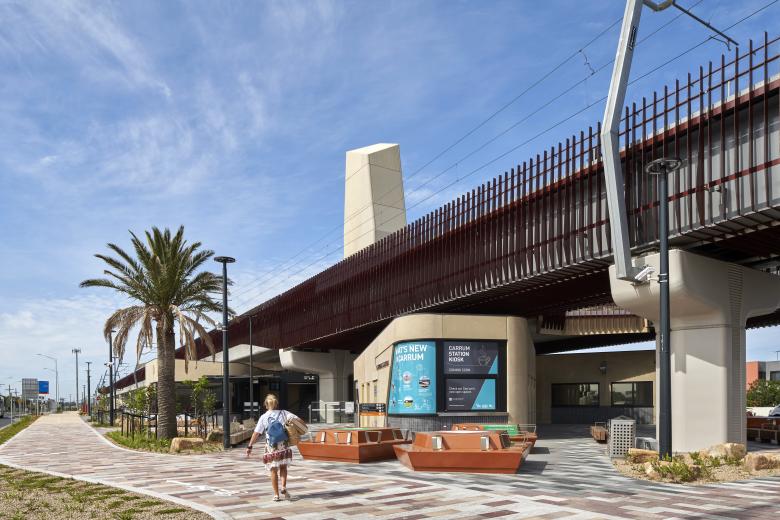 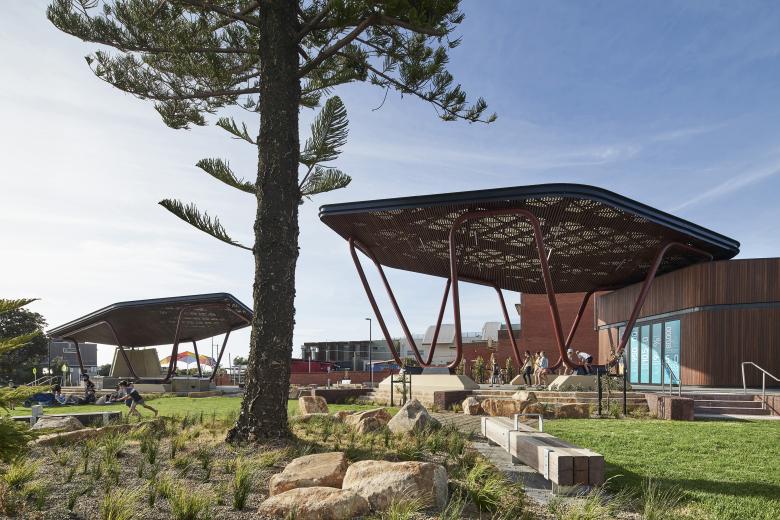 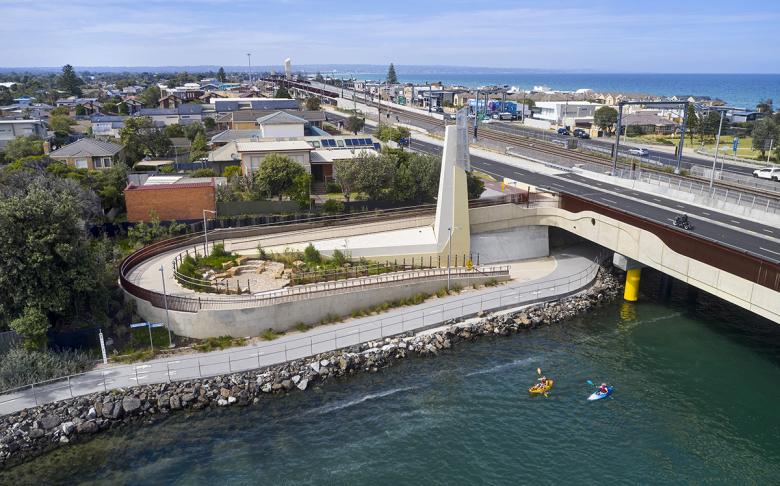 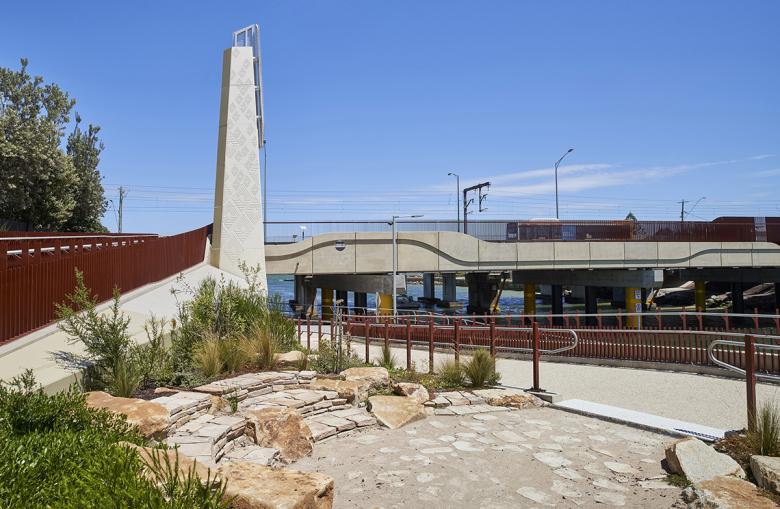 It will see the removal of 75 of Melbourne’s most dangerous and congested level crossings by 2025. The project will also see the upgrading or building of more than 27 train stations.

Removing the level crossings will reduce risk for pedestrians, cyclists and motorists as well as creating new community spaces for residents and visitors to enjoy.

Rush Wright Associates worked with the Level Crossing Removal Authority (LXRA) and the Victorian Government and Cox Architects to assist with the upgrade of a selection of stations on the Frankston Line.

The new modern Carrum Station and Foreshore Water Play Park will make it safer and easier for locals to get to public transport, local shops and the beach. Walking and cycling will be easier, with four safe crossings across the Nepean Highway.

An extensive community consultation process was undertaken to find out what residents loved about living in Carrum, and what they wanted to see in the design.

In Carrum, Rush Wright Associates worked with an indigenous artist - Michael Hromek and local indigenous groups to integrate the appropriate elements allowing to create a Songline. The gathering space - a” Yarning Circle“ was strongly supported item along with the coastal hunting and fishing story revealed in shell midden found near the site.

Landscaping around the station as part of revitalisation works will create new open spaces for Carrum locals to enjoy throughout the year, including a station Forecourt, a new Carrum Village and a Foreshore Waterplay Park.

Carrum Station and Foreshore Park Precinct stands on the traditional lands of the Boon Wurrung / Bunurong people of the Kulin Nation.