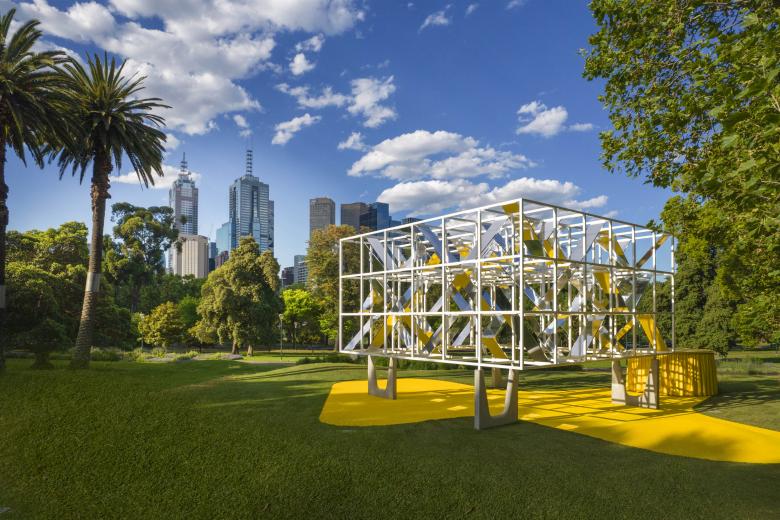 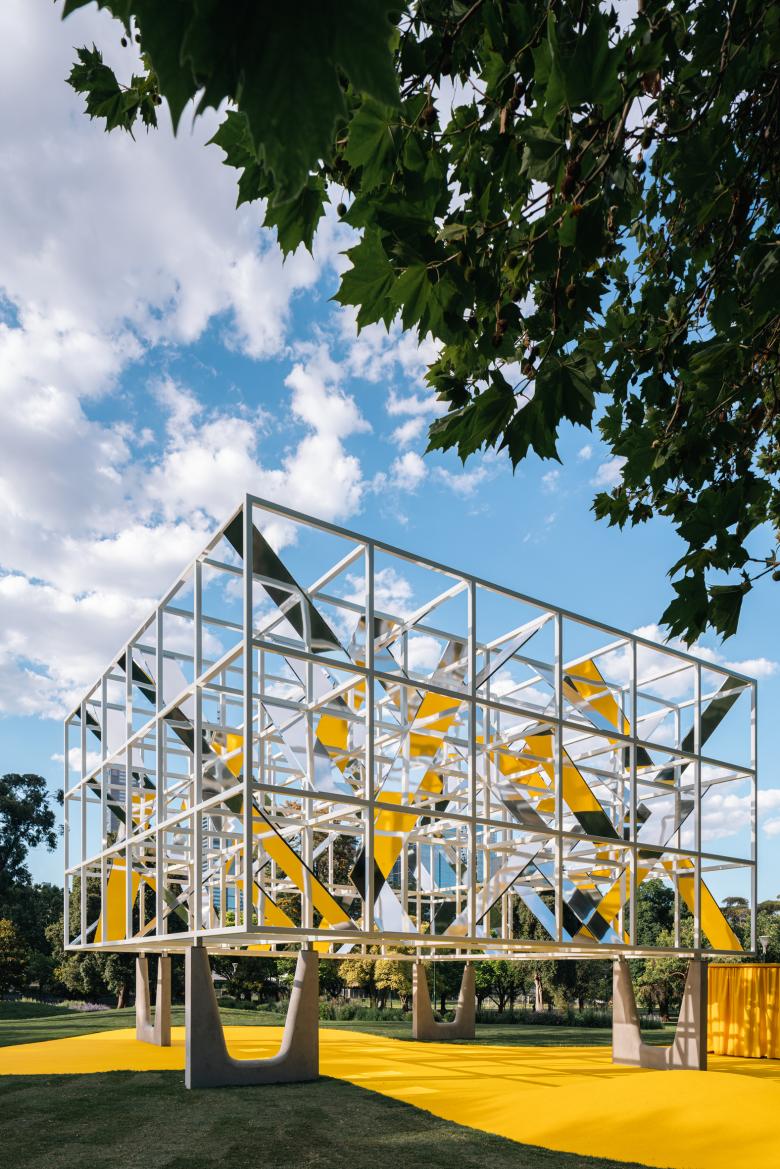 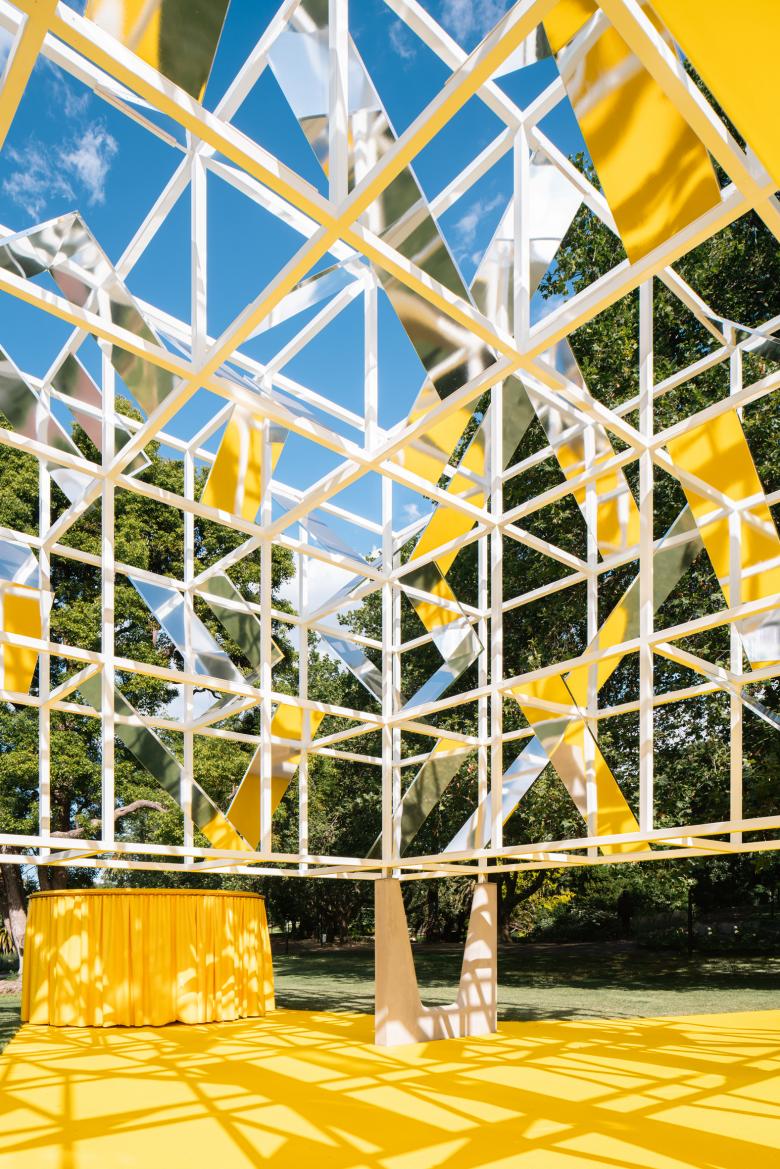 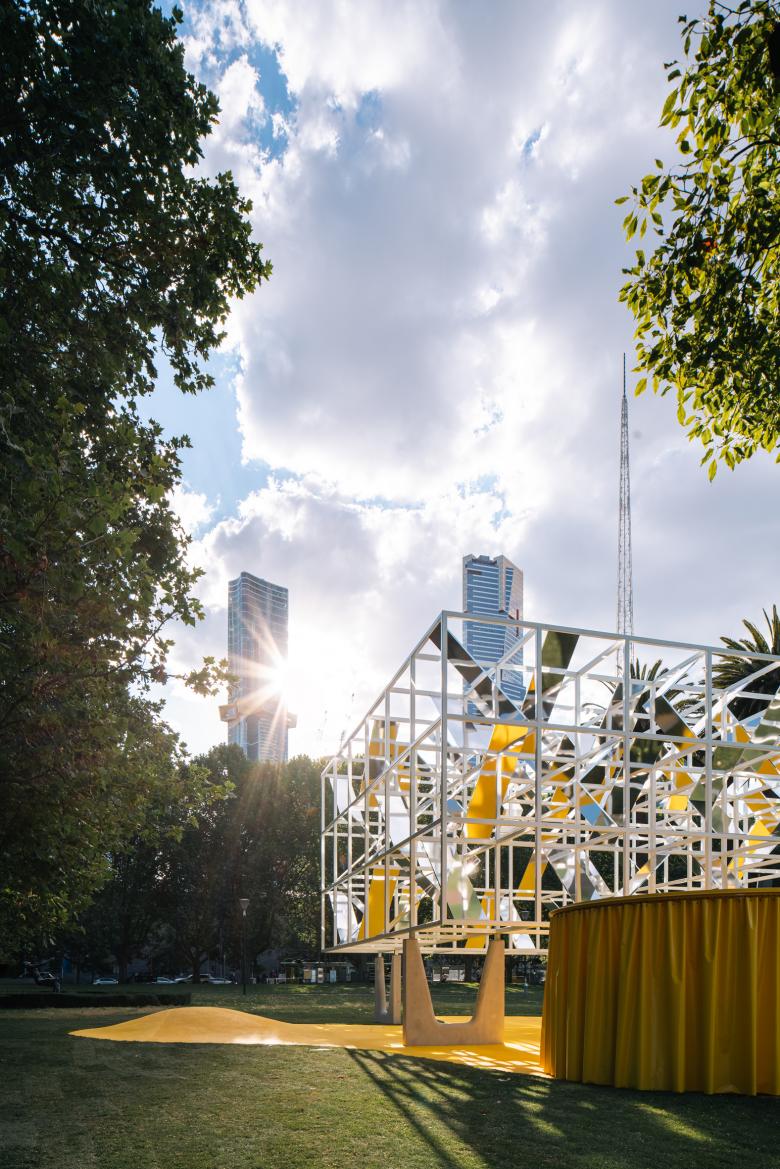 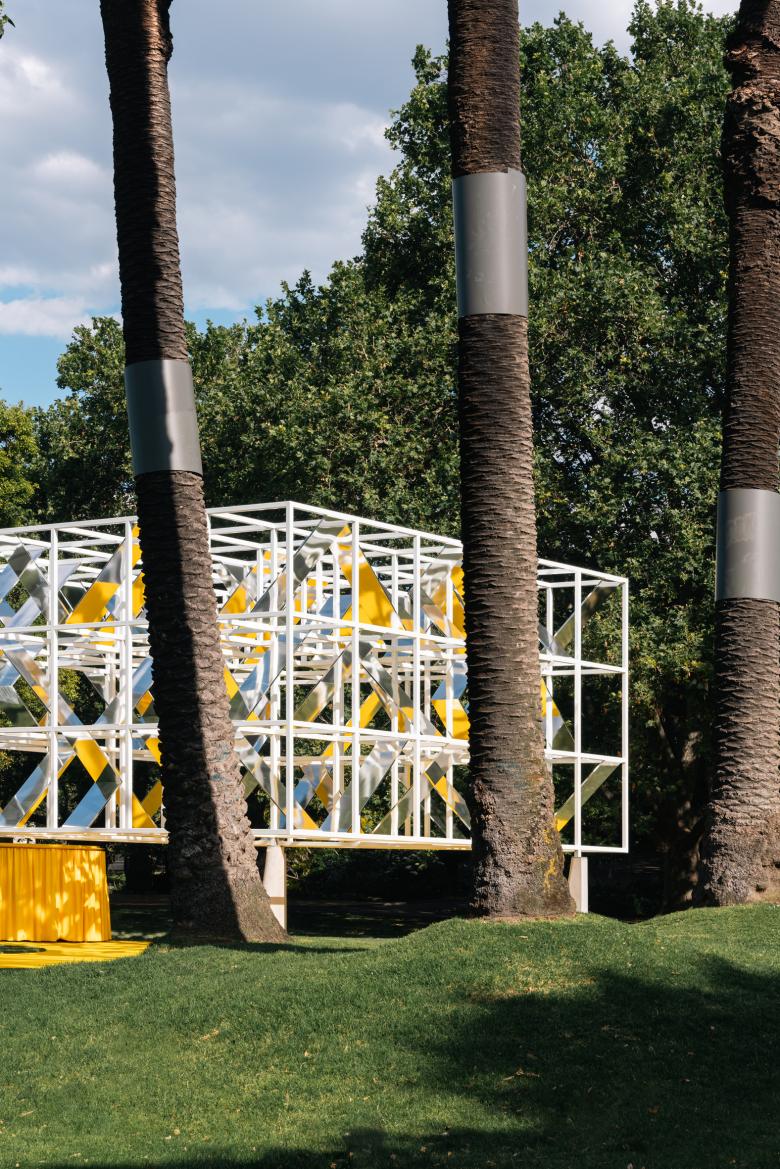 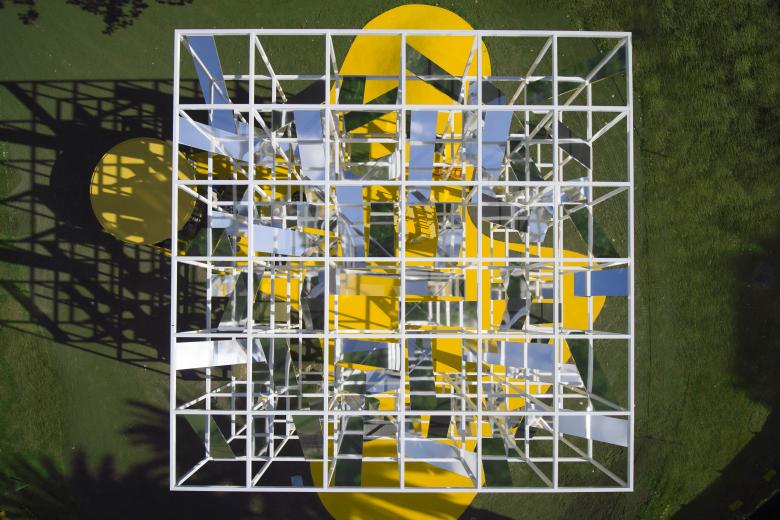 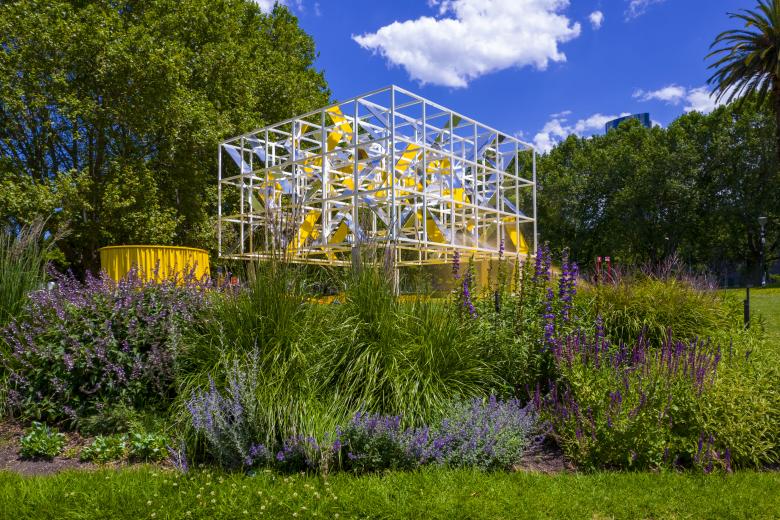 Lightcatcher, MPavilion 2021 by MAP studio, opened 2nd December in Queen Victoria Gardens in Melbourne.
The kaleidoscopic open steel structure on four u-shaped concrete columns, hosting the mirror panels, conceived as a container of ideas that reflect and amplify both the people and cultural activity taking place under it, it is now realized.
We believe that the kaleidoscope structure takes on a double meaning of an urban lighthouse to gather people around as an expression of new hope and to glitter our minds into appreciating new horizons. But it's also a kind of warning: it is not a shelter in nature as the previous pavilions were, but an element of amplification of human activities in nature as a metaphor of man's current condition—inspiring an aspect of new awareness of this fragile situation.
In 2021, MPavilion celebrates its longest-ever season of programming, featuring a range of international and local collaborations, the slate includes over 400 in-person events, spanning talks, workshops, performances, kid-friendly experiences, community projects and installations.