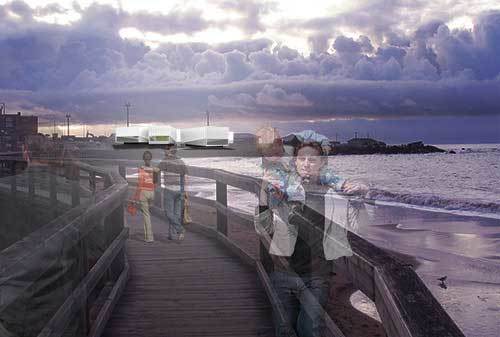 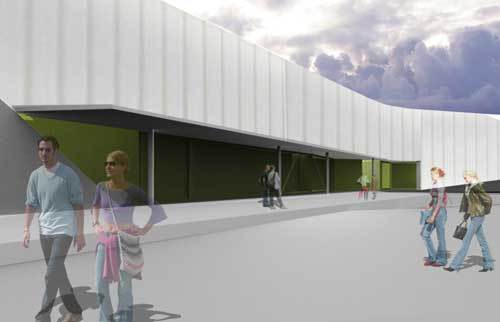 Burnie Makers represents a major investment in the future of a town on the north-west coast of Tasmania coming to terms with its post-industrial reality. Until recent times, the town has been known primarily for its siting of key large scale industries in this part of the state and the servicing of these via the port area. The largest of these industrial plants still is the large pulp and paper mill on the waterfront.

Over recent years, a local initiative, Creative Paper, has built a culture of high quality product and value-adding upon the base level industrial paper production associated with the town. In addition, the role of town as a gateway to the fertile farming lands of the Tasmanian island from has not been forgotten completely, resulting in a rich sense of its heritage as a rural centre. This twin focus - part creative industry, part museum - provided the basis for town council backing of the project. TERROIR have transformed this brief into a living room for the town, built around these two functions but also incorporating café, theatre and other meeting place activities.

The project itself is understood as part of the collection of industrial objects along the coastal strip. However, rather than pander to a sentimental pseudo-industrial aesthetic, these objects have been re-imagined as giant "toys" of which this project forms a new part. Our "toy" is a lighthouse of sorts, perched on the western headland above the beach, a sentinel both for passing ships and for the town inhabitants whom we hope will make this the living room of the city.

Five key functions each occupy an arm of the building with the central space providing access and general orientation. The difficulties with climate on this site are addressed by the radiating arms which generate a series of spaces of different orientations and enclosure to be used all year round as conditions dictate.

TERROIR's proposal has bought into sharp relief the importance of the project, not only for the town but for the region (and even state as a whole). Thus, the project is now proceeding to documentation and construction for completion in late 2009 with full backing from all levels of Government. When completed, the project should stand as the fullest exemplar yet of TERROIR's ambition to provide places of cultural consequence based on a critical design approach.