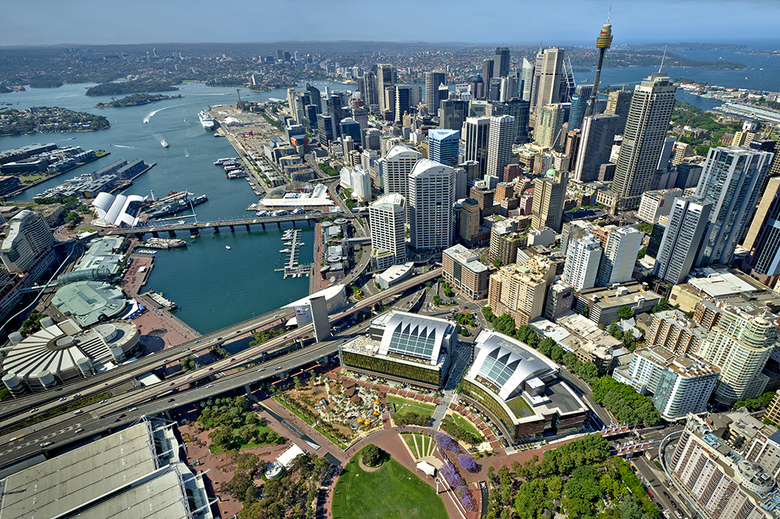 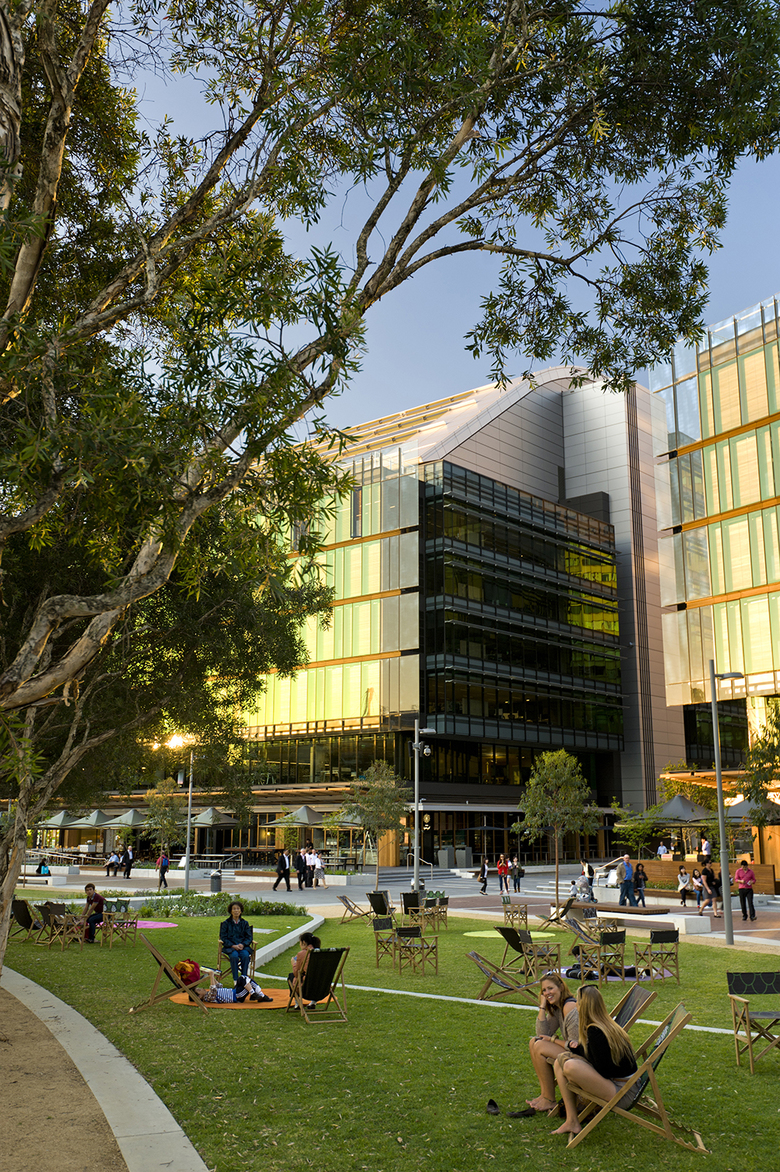 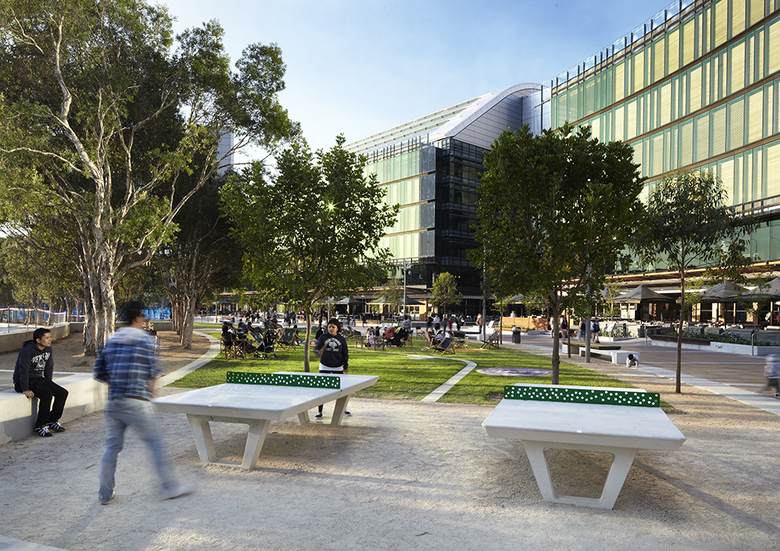 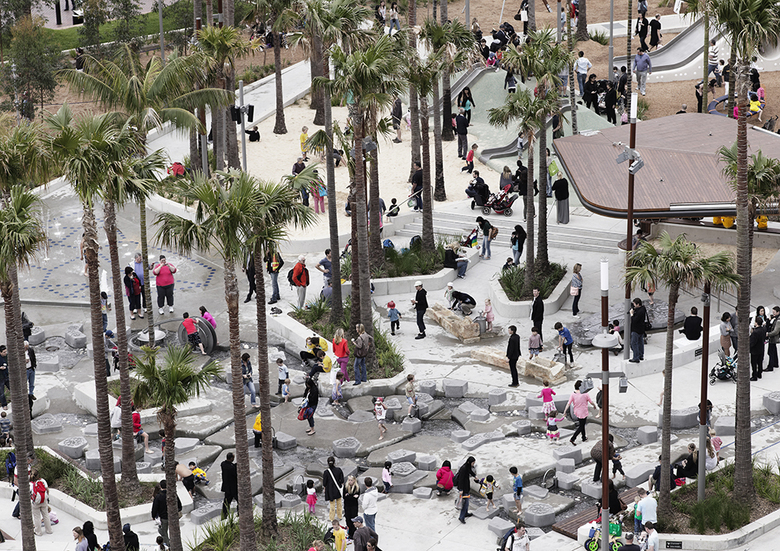 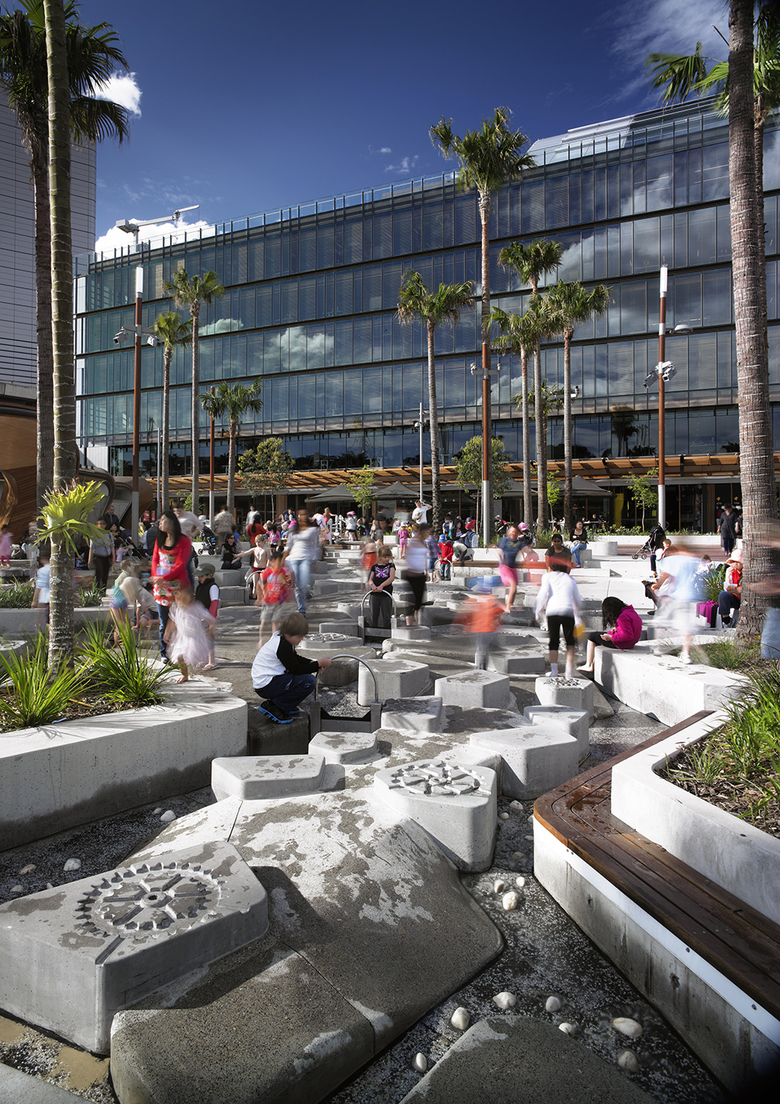 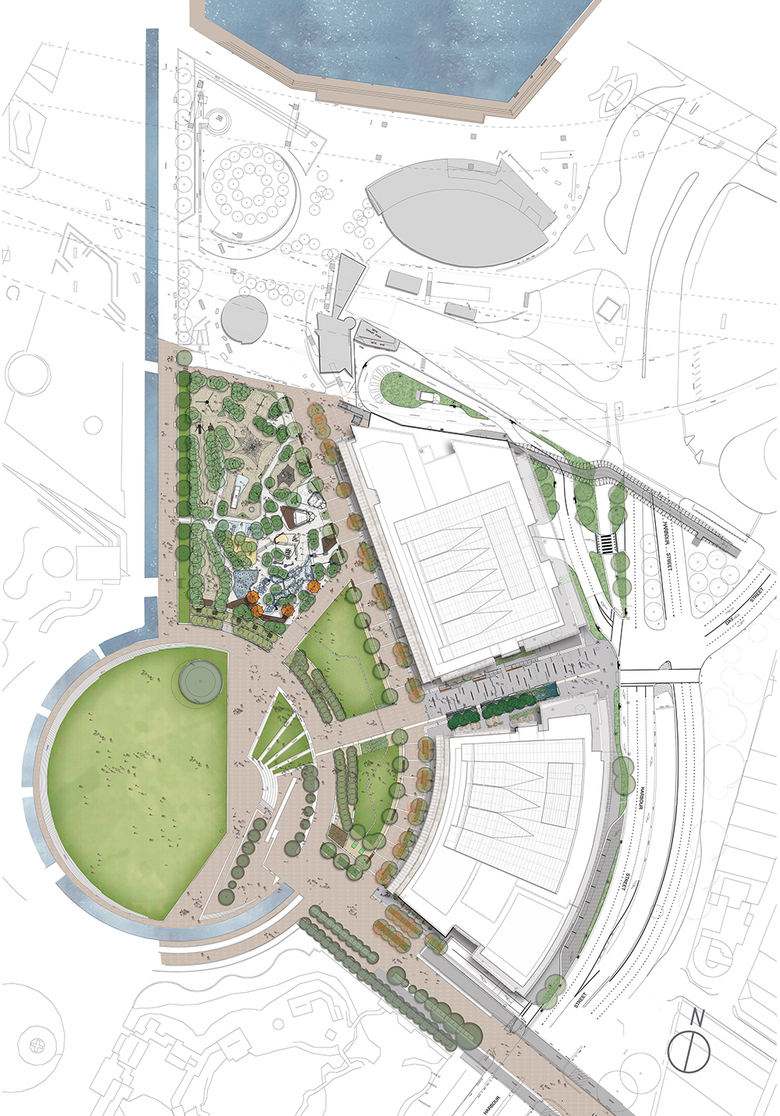 Darling Quarter in Sydney’s Darling Harbour is one of Australia’s most visited destinations. Commissioned for a government body, this major 1.5 hectare place-making project for Sydney includes new public parks, two 6-star commercial buildings with a new retail terrace and an innovative children’s playground as its centre piece. At over 4000 m², the urban playground is the largest in the Sydney CBD and with its interactive water play facilities has become a regional attraction for Sydney.

Darling Quarter has prompted a shift in thinking about the importance of delivering innovation and quality in the public domain to revitalise the western edge of the Sydney CBD.

Darling Quarter builds a powerful new civic link to the city centre via the creation of a new pedestrian street called ‘The Civic Connector’ which connects Tumbalong Park in the centre of Darling Harbour to Town Hall (Sydney’s major train station). ‘The Civic Connector’ is a highly activated ‘on-grade’ pedestrian walkway connecting people directly and safely to the site. A second pedestrian link, the ‘Pedestrian Boulevard’, reinforces movement between nearby key cultural and leisure sites; the Entertainment Centre, Cockle Bay and beyond and prioritises the pedestrian connections through the site.

The project revitalises Darling Harbour by upgrading all public domain elements including ground plane materials, sustainable lighting, bespoke public furniture and planting. A range of destinational and free place making initiatives have been implemented including an enlarged park, table tennis tables, moveable public seating and rugs, and a lighting master plan which enriches the night-time experience.