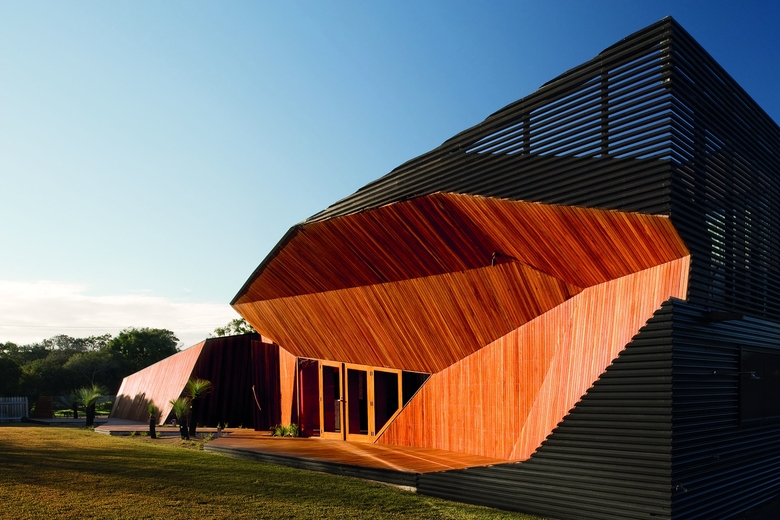 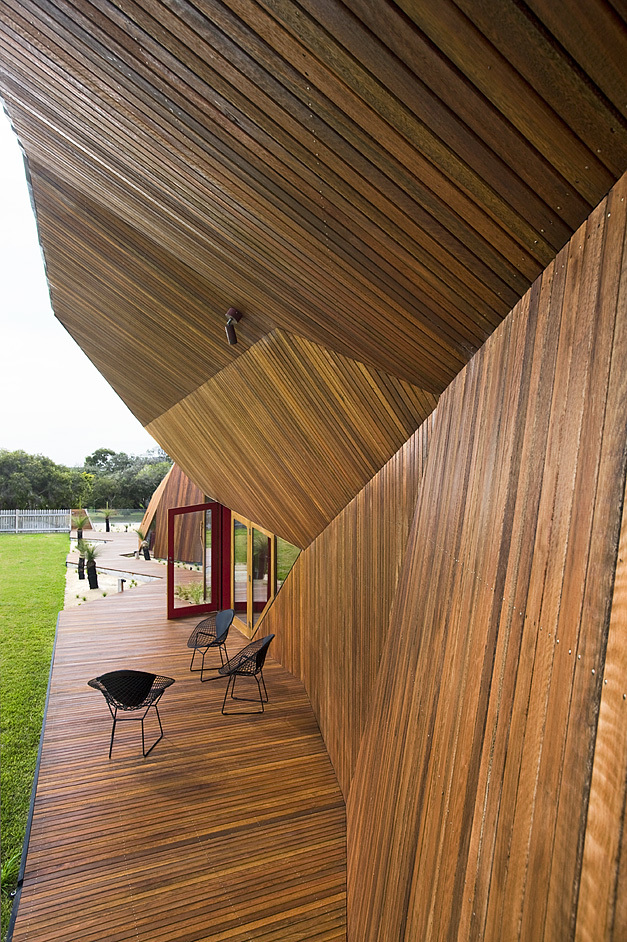 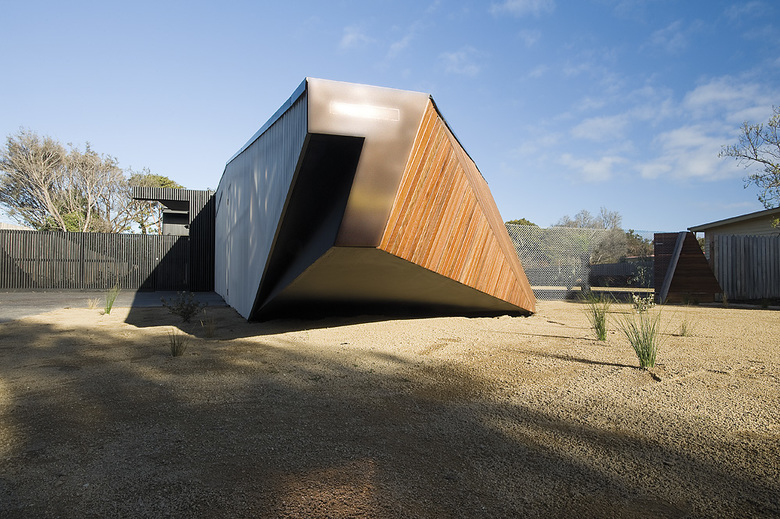 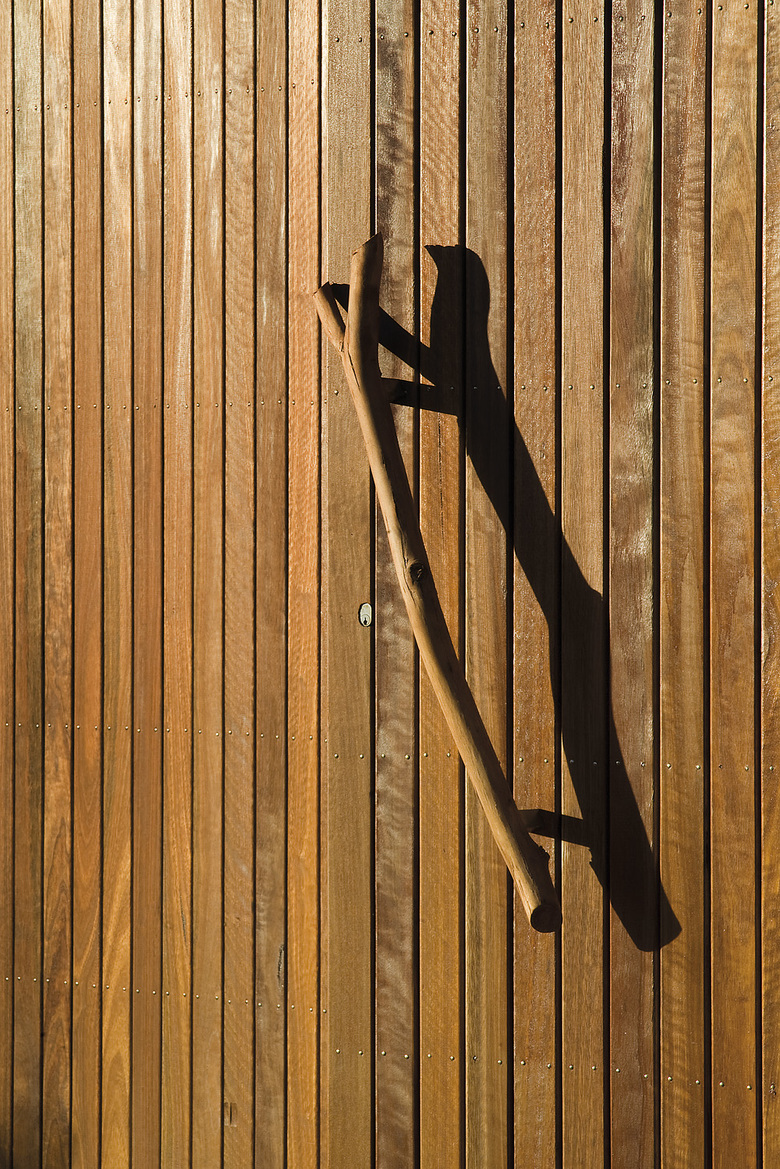 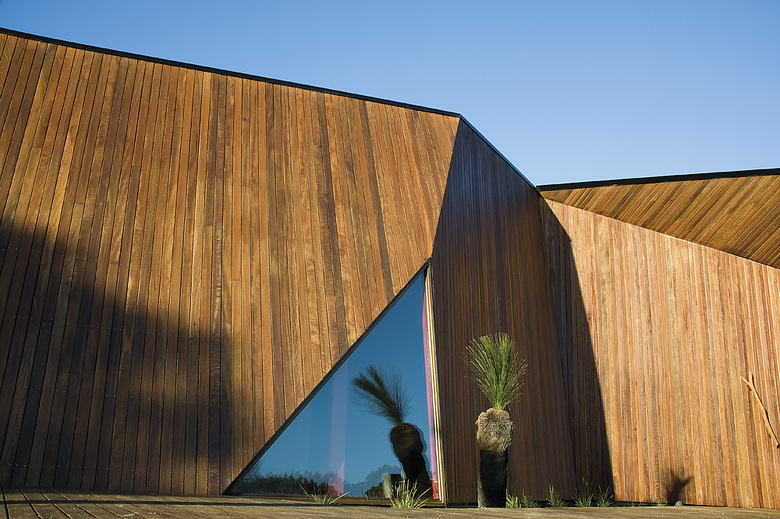 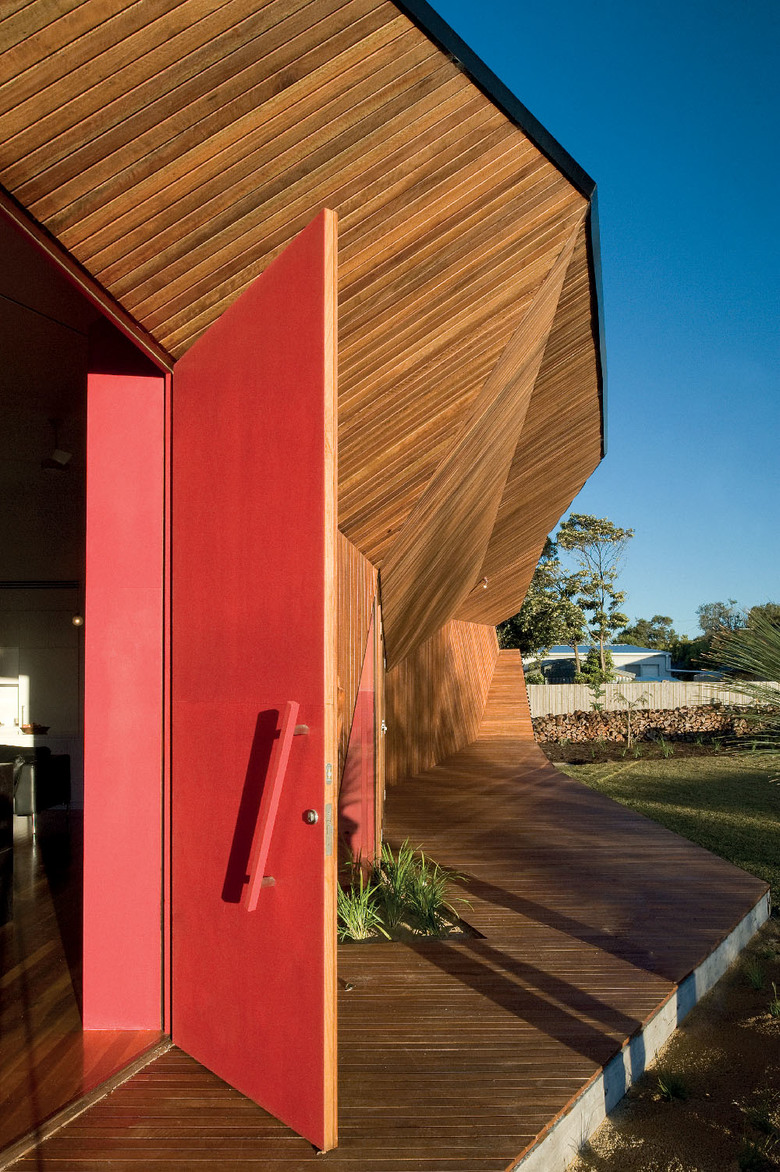 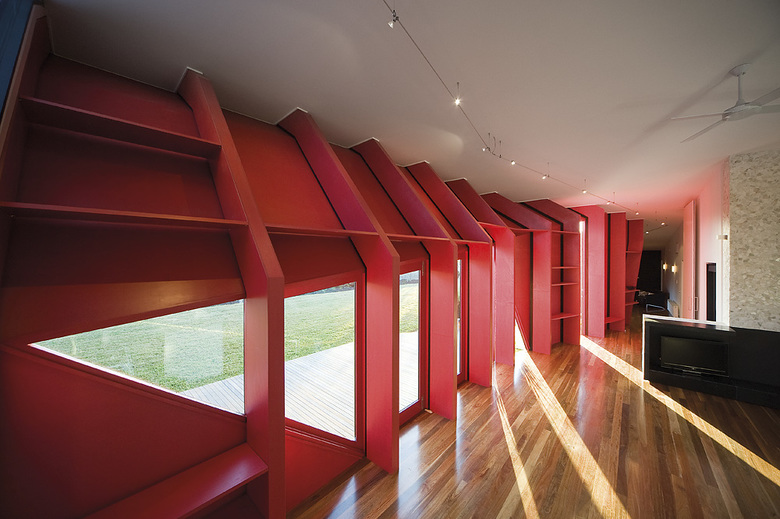 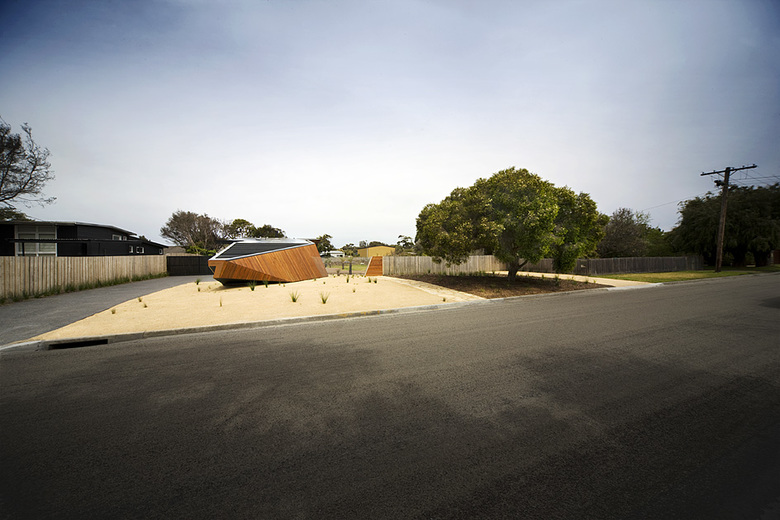 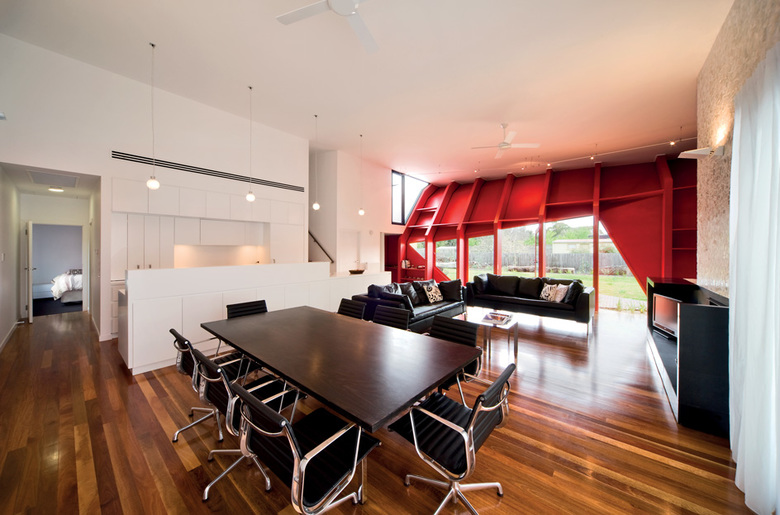 There is a clear hierarchy in this house. Contrasting to the raked timber wall that stretches from the letterbox to become the westerly verandah, the remainder of the house appears as a simple modernist expression akin to many of the houses of the region. On approach, the raked timber wall appears to have morphed from out of the diminutive letterbox. Yet from other perspectives the house appears to have been carved away. The two techniques are conceptually contradictory.
The wall is a wrapped deck, cliff, upturned boat, frozen wave, verandah and, internally, a depository of the bric-a-brac collected on beach holidays - an essential medium for evoking family memories. The wall is an in-between zone, a powerful stage for enacting family life. It is to a place to watch the kids and the sunsets, to enhance the beach holiday and to ground memory. It will be a backdrop to family photos as years pass.
Unlike many houses, in this house, much rests on the success of the single gesture of the wall.
This building enhances the experience of the pedestrian. The building is both recessive and expressive in the public realm. It does not dominate the suburb but is an intriguing expression evocative of both the coastal location and the significant topography of the region.
Charles Street is located in a holiday suburb on the Mornington Peninsula, a stone’s throw from the Blairgowrie beach. Amid the modest beach houses are dotted the more elaborate retirement homes of cashed up baby boomers. The houses are set in a prosaic rectangular grid. There is however enough space between the structures for space and landscape to dominate. We wanted our intervention to be equally as modest. Perhaps perversely, we had the idea it could hide behind the letterbox, or at least surreptitiously emerge from it. Space could dominate and we could still have a building of significant intrigue that rewarded the inspection of the passerby.
The plan is organized so as to allow the multiple members of a large family to occupy the house simultaneously.
The structural engineer played a critical part in the development and detail of the ‘programmed’ wall through its primary structure of raked box beams. The expense of an exceptional and elaborate timber wall-verandah is set off against simple construction. This was a thoroughly architectural concept, developing a play of the exceptional and the prosaic within the bounds of a solid economic strategy.
The building has a passive ventilation strategy designed to exploit the sea breezes for comfort and cooling. We have attempted to minimize the carbon footprint of the building through the specification of renewable resources. As it is a holiday house, thermal mass was minimised, an emphasis was placed on high insulation values to the walls, roof and glazing. Energy-saving and water-saving fittings have been used throughout. Rain water is harvested for use in the WCs and gardens.