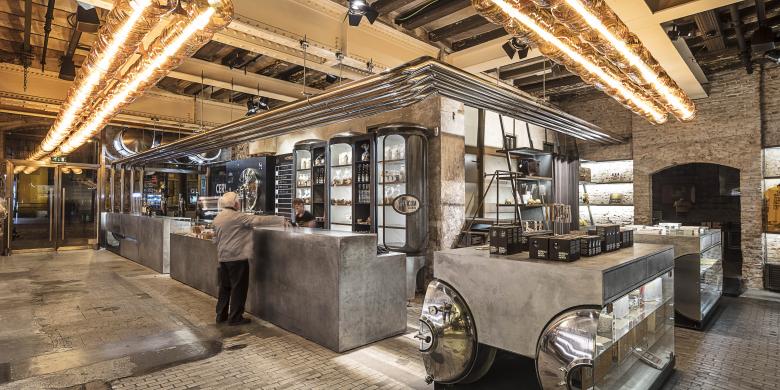 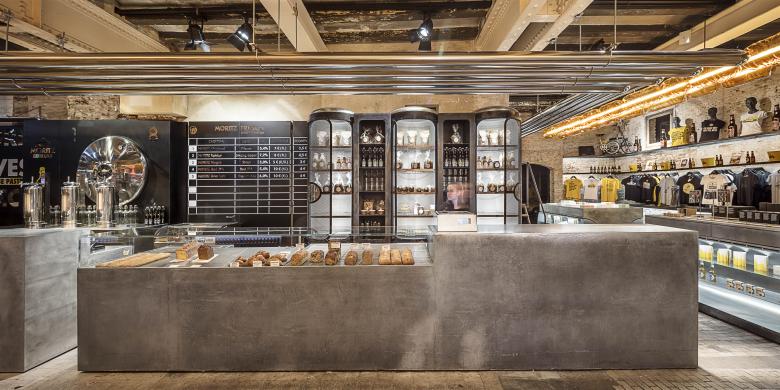 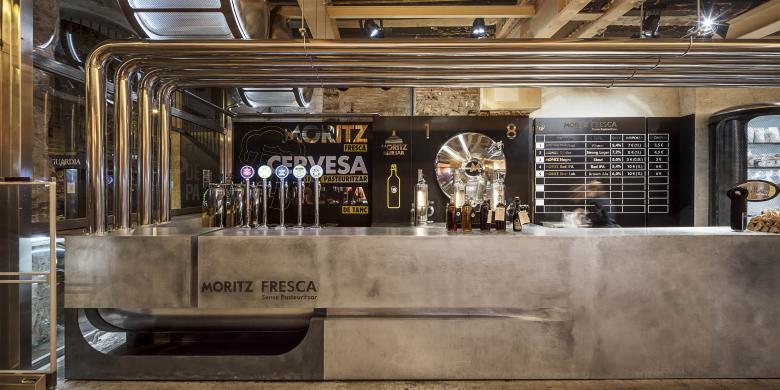 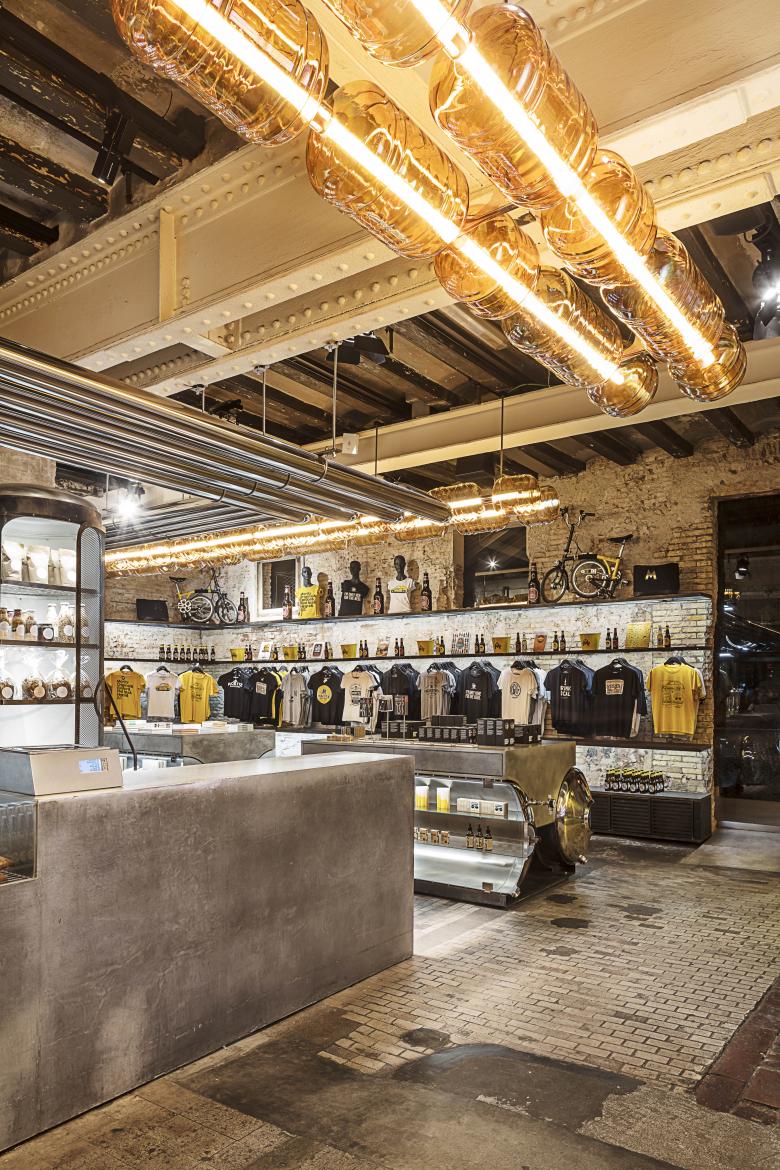 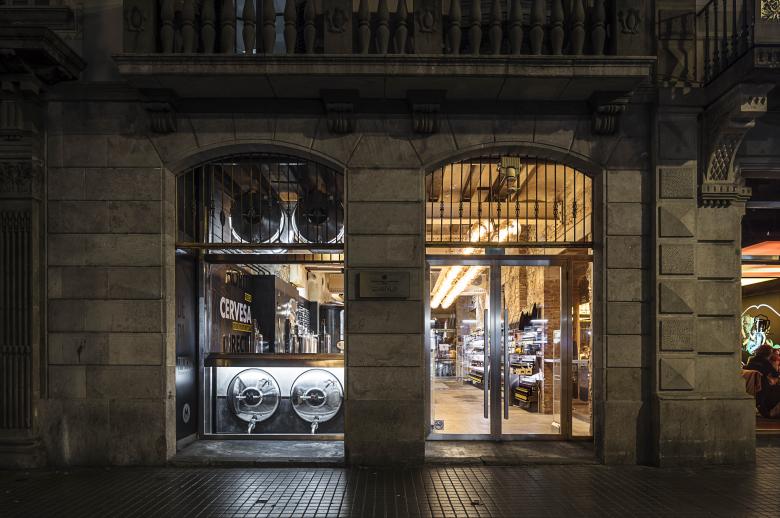 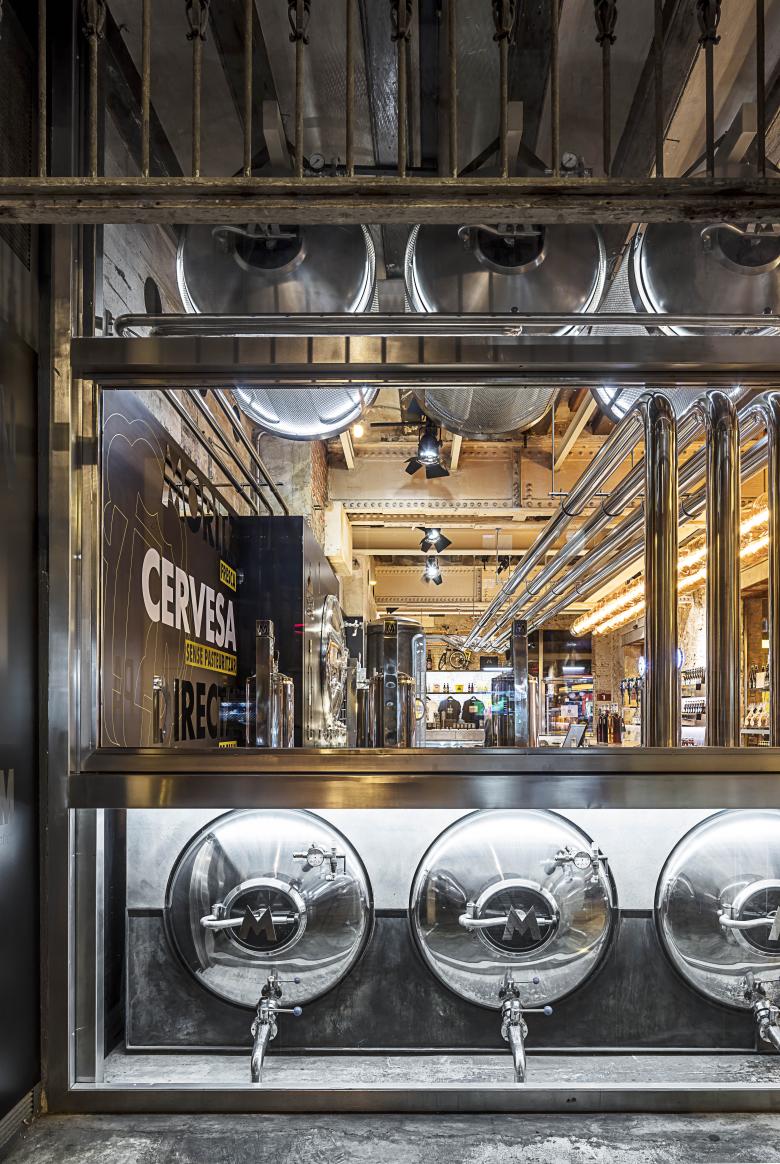 The Moritz factory is since 1856, one of the first breweries in Barcelona, and one of the first to brew craft beer. Although this factory was closed for 33 years it was reformed by the Architect Jean Nouvel in 2011 and after this great leap our client asked us to turn the space around based on this remodeling.

We decided to preserve the shell, the bar and the shelves of the entrance adding a more brewer aesthetic related to the hipster culture of craftsmanship. This is also becoming a whole reflection around the beer.

The first thing we did was moving the existing bar to give space to the new bar in an ''L'' shape of about 6 meters that reaches the window, serving as a manifesto to the
outside while simultaneously integrating the interior. This bar embodies 3 tanks in the lower part and 3 in the upper part that connect directly to the tanks of the factory
located below where the beer is produced. These long tubes deliver the unpasteurized beer from production to consumption. This new bar is characterized by the material and aesthetic qualities of the Jean Nouvel bar.

In addition, this bar is filled with limited-edition beers in one liter bottles. The graphic elements and signage are modified according to the requirements. The tanks that store the beer also become exhibitors to sell the bread in glass lights leading you from the entrance to the unique furniture made with a tank’s section in the second part of the ''L'' space making up the M-store.

This second space is characterized by colonizing the walls where the brand t-shirts, gadgets, merchandising elements and books related to the world of beer are exhibited.