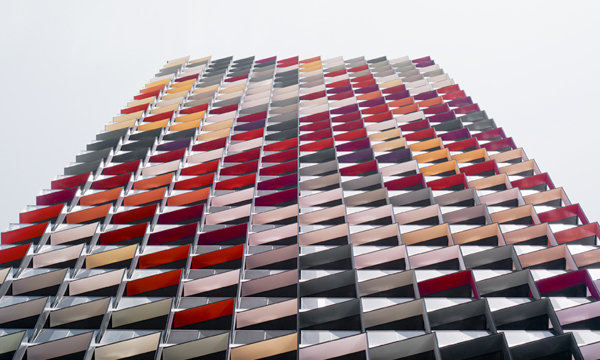 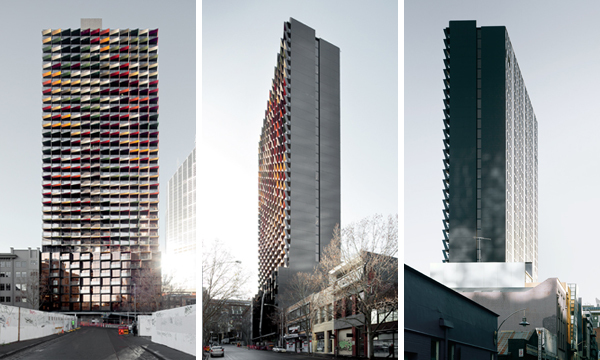 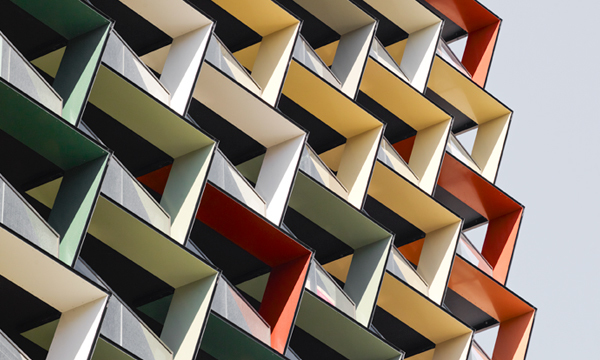 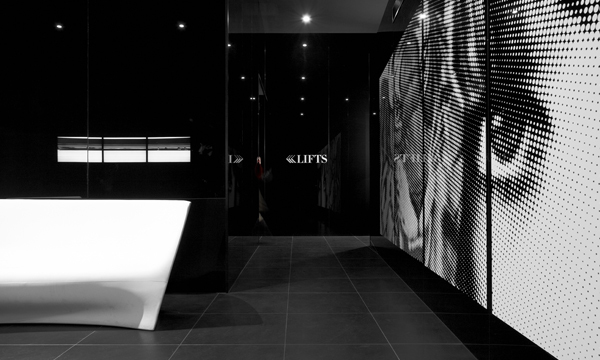 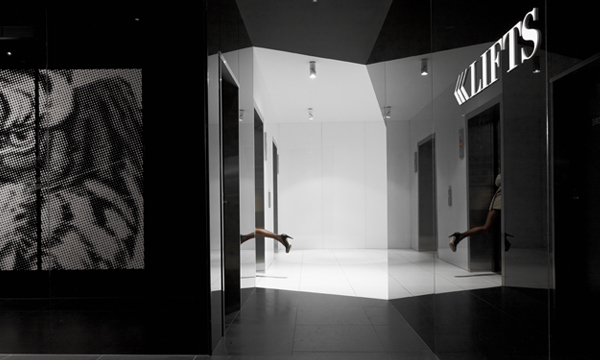 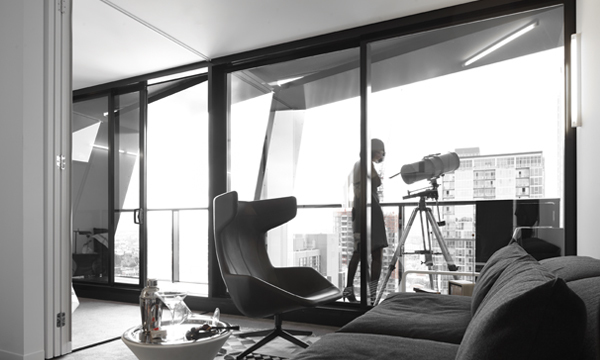 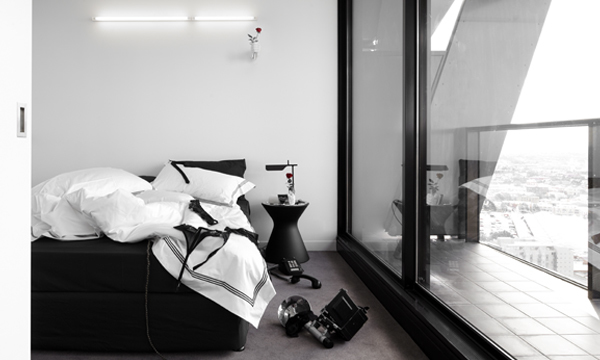 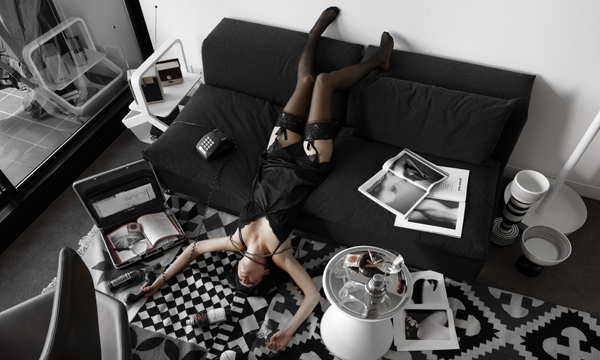 Sitting on a 900sqm block, A’Beckett Tower is a prototype for high-density residual infill. The transition from podium to tower is treated non-traditionally, with a thin veneer of apartments surrounding the carpark, which is accessed via elevators for cars, liberating the street front from ramps.

Step inside A’Beckett and into a world inspired by the covert existence of Maxwell Smart and Agent 99. The interiors of A’Beckett Tower’s apartments embrace the anonymity of city life, allowing you to choose your own adventure.

With 347 louvres in 16 different colours, you could be forgiven for thinking Elenberg Fraser was engaging with the local architectural context with their new building for Pan Urban, A’Beckett Tower. Au contraire, they are exploring the sensory effects of colour, rather than symbolic representation, by testing Goethe’s Theory of Colours. We are interested in how the body reacts and processes the blended and indistinct colour field, rather than what meaning the mind attaches to discrete coloured elements. Ironically, given the sunshades function to block heat from the building, the palette for the louvres was inspired by Australia’s, up until recently drought-stricken, landscape. Even while La Nina (over) nourishes our parched soil, the building is a reminder of our environmental history, and potentially future. Goethe’s theory asserts that colour is a phenomena that exists at the edge of light and dark - as you walk around A’Beckett, the black map of the sunshades opens up to the colour field, fading into light.

This is architecture in the round, experienced cinematically as you view it from different angles. At the same time the building can be read as a whole, the detailing of the sunshades re-scale it down to industrial design; the city is about what things are and how they’re made. At times the sunshades appear to be falling off the building, they form a nap and grain from both the interior and exterior.

A’Beckett Tower’s carpark is covered with a perforated screen, featuring a design by John Warwicker of tomato. The imagery playfully links into the university environs possibly referencing the relationships which characterised French intellectual institutions throughout the 1960s. This artpiece acknowledges A’Beckett’s immersion in the education community given its proximity to RMIT and transmits the idea of the university back to the university itself.

From the moment you enter the lobby, and your eyes register the art by Daniel Crooks and John Warwicker, you realise this is not your typical inner-city apartment complex. Compared to the building’s exterior, the apartments black and white palette is devoid of colour – but is everything as it seems? Like the life of the spy, you should always expect the unexpected, and these apartments, where drawers open to reveal splashes of candy red and hands poke out from the wall ready to hold your coat, are definitely unexpected. Operable sliding walls give you options to customise your space - close them to keep the bedrooms and living areas distinct, or keep them open to increase the living area with one master bedroom. Opaque glass and mirrors retain privacy while playing on shadow and light. The apartments also feature balconies, the perfect spot for your telescope, we’re thinking J.G. Ballard’s 60 Minute Zoom.

From inside or out, A’Beckett Tower is cinematic architecture, giving you the chance to star in your own production.