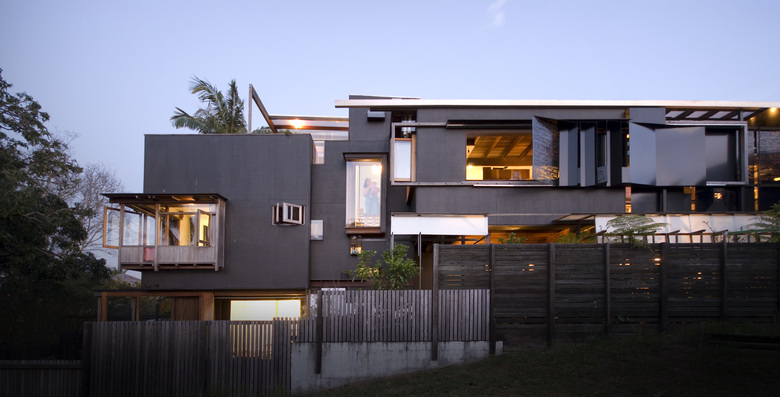 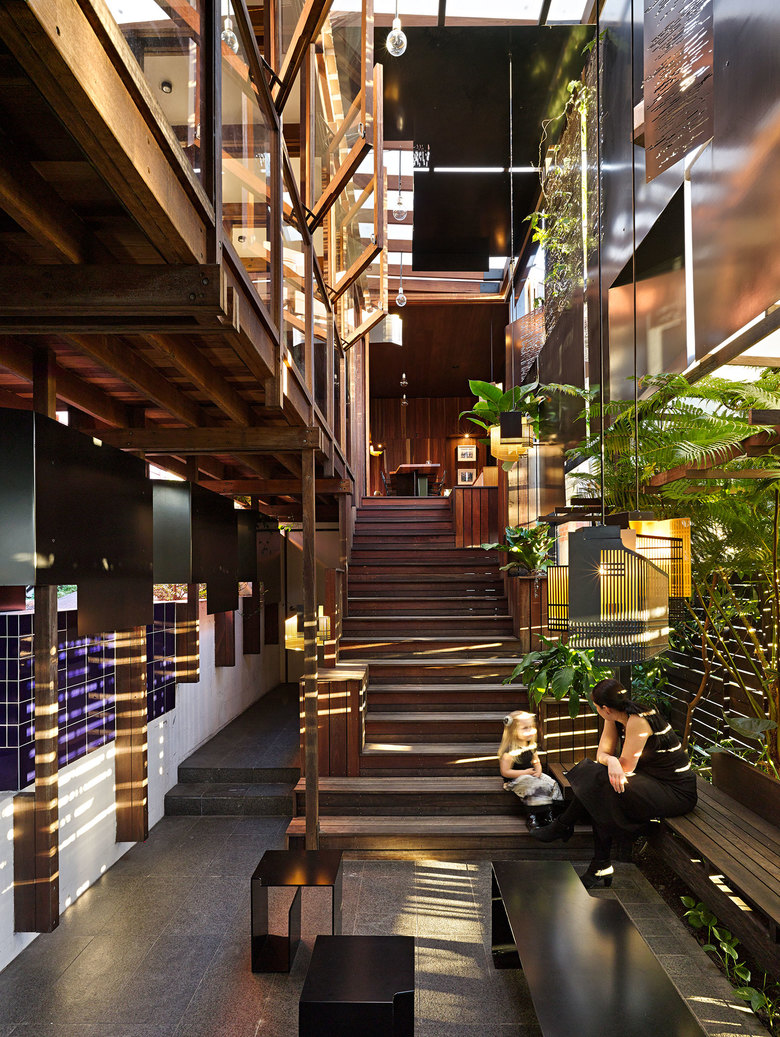 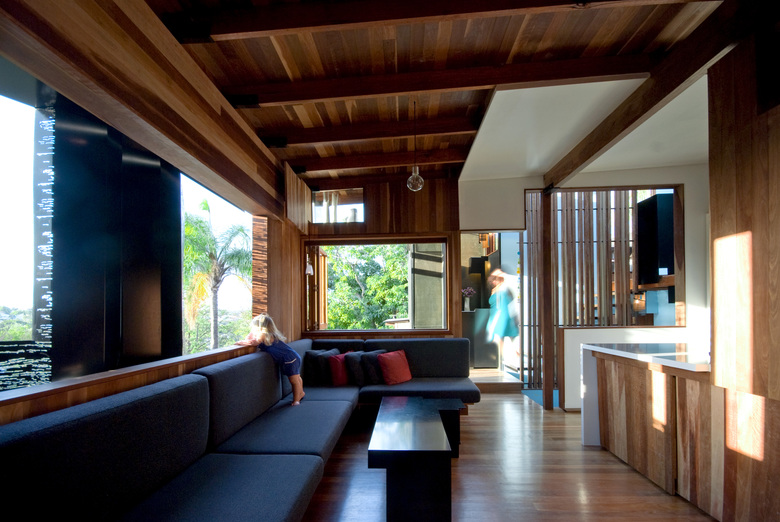 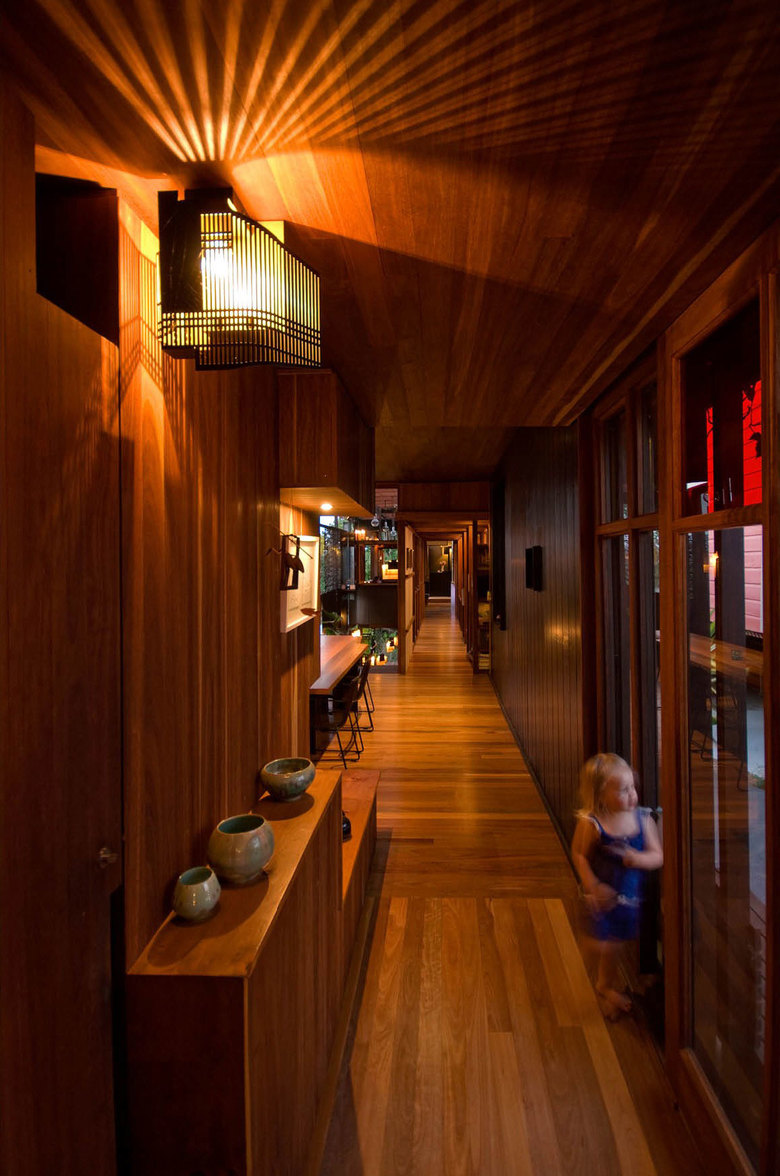 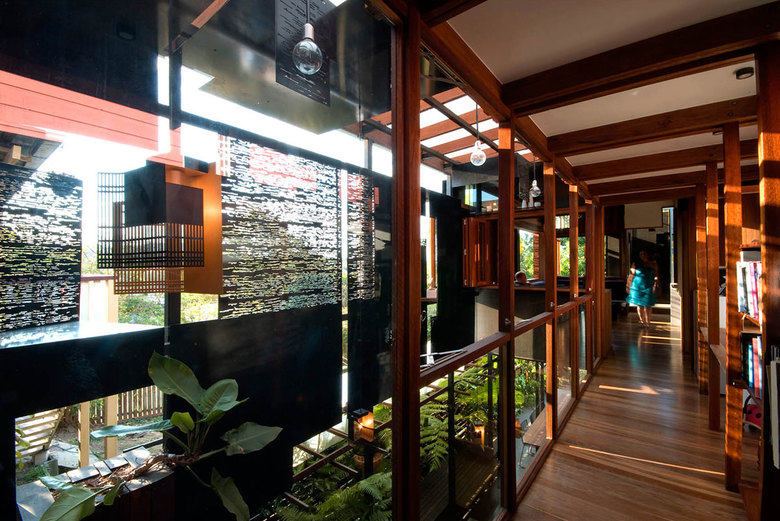 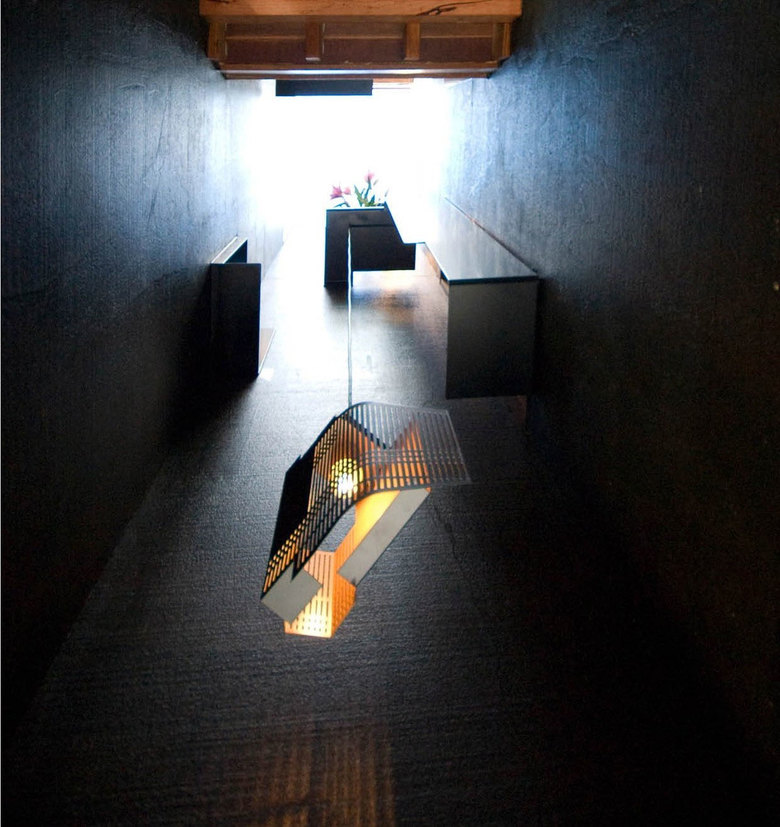 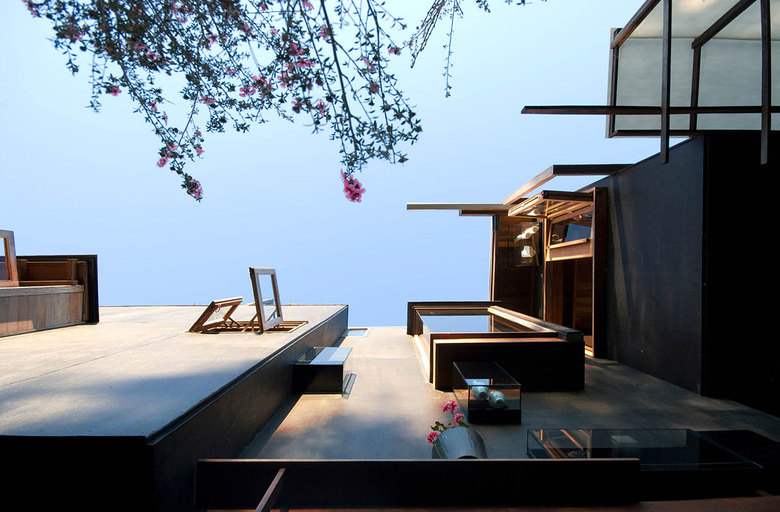 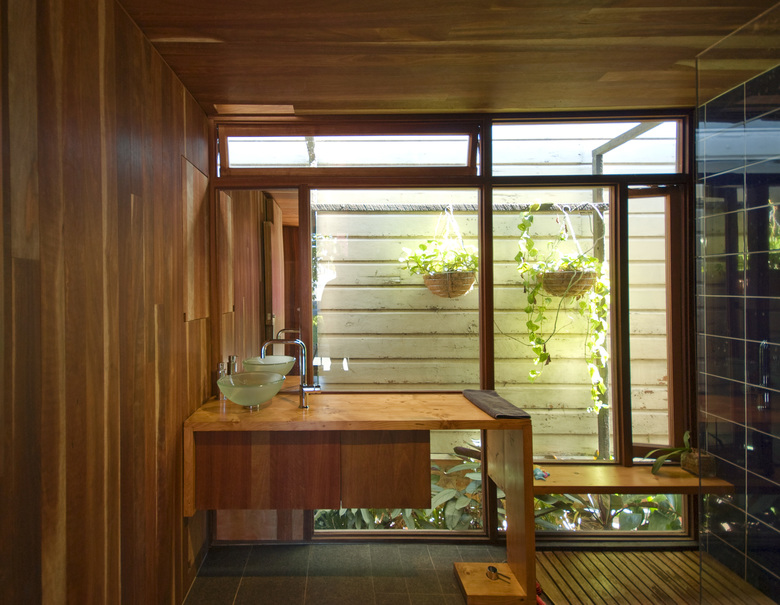 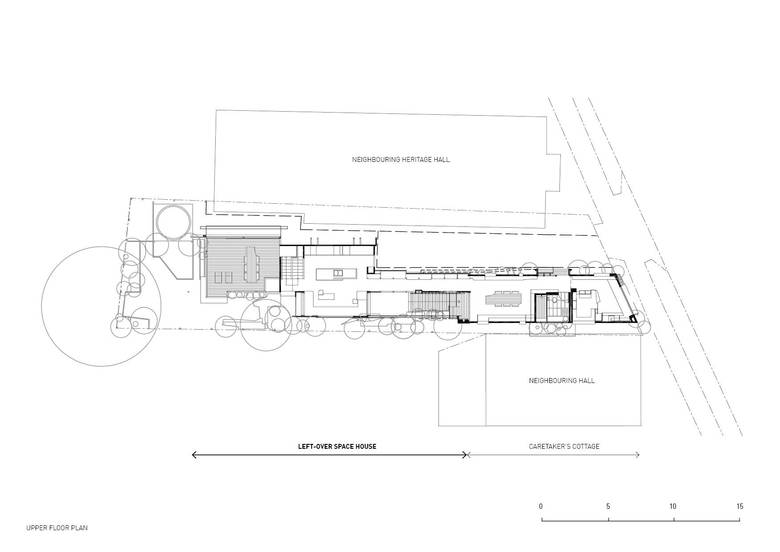 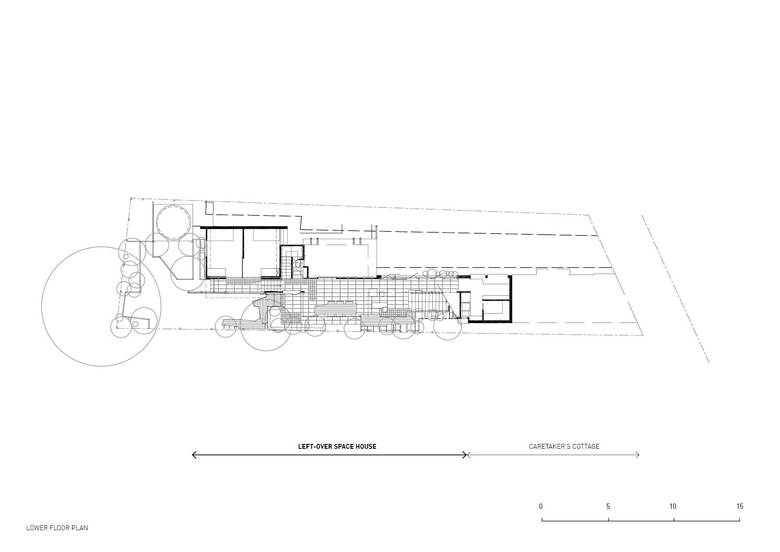 This narrow private house demonstrates what can be achieved on the myriad of ‘left-over’ spaces in inner cities, such as disused easements or parking lots. In this case, a 3 metre wide tiny caretaker’s cottage, adjoining a Heritage Hall has been recycled and linearly extended into a family house for parents and two children.

The designers and owners Casey and Rebekah Vallance, two young talented architecture graduates who had topped their year at the University of Queensland, fell in love and married, bought the cheap, redundant lot in 2003.

Although challenged by its site, they set about grafting old with new elements that belie its constraints and pursuing their philosophy of making everything count.

In the three metre wide frontage to the old cottage is a new study designed through its portals and window boxes to engage the street. Where the site slightly opens up behind the cottage to an open, roofed and screened staircase atrium forms the primary social space. A small bridge is a library connecting it to kitchen and living room, and beyond to stacked bedrooms and a stair to a roof deck.

Privacy from close placed neighbours is gained by a series of iron screens whose perforations for light are the patterns of peeling paint of weatherboards on one of the neighbouring cottages. The screens slide or swing out to engage the neighbours when desired and to mediate different solar positions. They are one of an array of details rethinking the typology of the private house, no matter how small, as both sanctuary and communal participant.

The project recycles an existing small cottage as a piece of the house to which extensions in front and back are grafted in 3 metre and 5 metre wide portions respectively.

The forward portion is a single level study room for architectural practice, or if later to be used by a new owner, a potential small office.

The former cottage is opened up to form a conduit to the rear portion, it also comprising the dining space. As the site falls steeply to the rear, two levels of bedrooms are attached to the old cottage piece, with a staircase atrium running longitudinally beside a library which also bridges the front and rear parts of the house.

The atrium belies the narrowness of the site, the stairs being seating treads, and scale generated by volume. This space manages the climate of the subtropics with layers of perforated iron screens which alternatively project and open up to the external conditions.

The mobile screens are intrinsic to an approach to private house design that facilitates sanctuary and engagement of the community as desired. A series of inserted window boxes, a side door to an easement and sliding downstairs doors each play a role in participation in or closure off from other spaces or to neighbours and passers-by.

Each part of this house is designed to enrich the experience of both openness and intimacy, and to belie its narrow stature.

It is almost entirely hand-made by the owners, from its structural frame through to its suspended lights which, like the perimeter screens, are perforated in patterns gleaned from the paint peeling off the neighbouring cottage.

The intent was to impart delight and discovery to each movement through the spaces, simultaneously revealing the sense of making the house. This sense of how each part is manifest is a philosophical stance by the architects as a means of understanding architecture as outcome of process as distinct from a manufactured commodity.

The materiality of the house continues the ‘timber-and-tin’ tradition of Brisbane’s domestic architecture, a tradition that is strongly preserved by the city. However, it is not simply clad in these materials, but utilises their innate qualities to be moulded, carved and folded such that small elements cumulatively create a house of multiple layers, and way of seeing the left-over spaces of cities as opportunities for urban enrichment and denser living.