The Invention of Public Space: Designing for Inclusion in Lindsay’s New York

In The Invention of Public Space: Designing for Inclusion in Lindsay’s New York, Mariana Mogilevich details a watershed moment when designers, government administrators, and residents sought to remake New York City in the image of a diverse, free, and democratic society. Bringing together psychology, politics, and design, her new book considers a broad array of projects in open spaces to affirm the value of city life in a moment of “urban crisis,” and reveals the emergence of a concept of public space that remains today a powerful, if unrealized, aspiration.

Mariana Mogilevich is a historian of architecture and urbanism. She is editor-in-chief of Urban Omnibus, the online publication of The Architectural League of New York, and has taught at New York University, Princeton University, Pratt Institute and Cornell University. 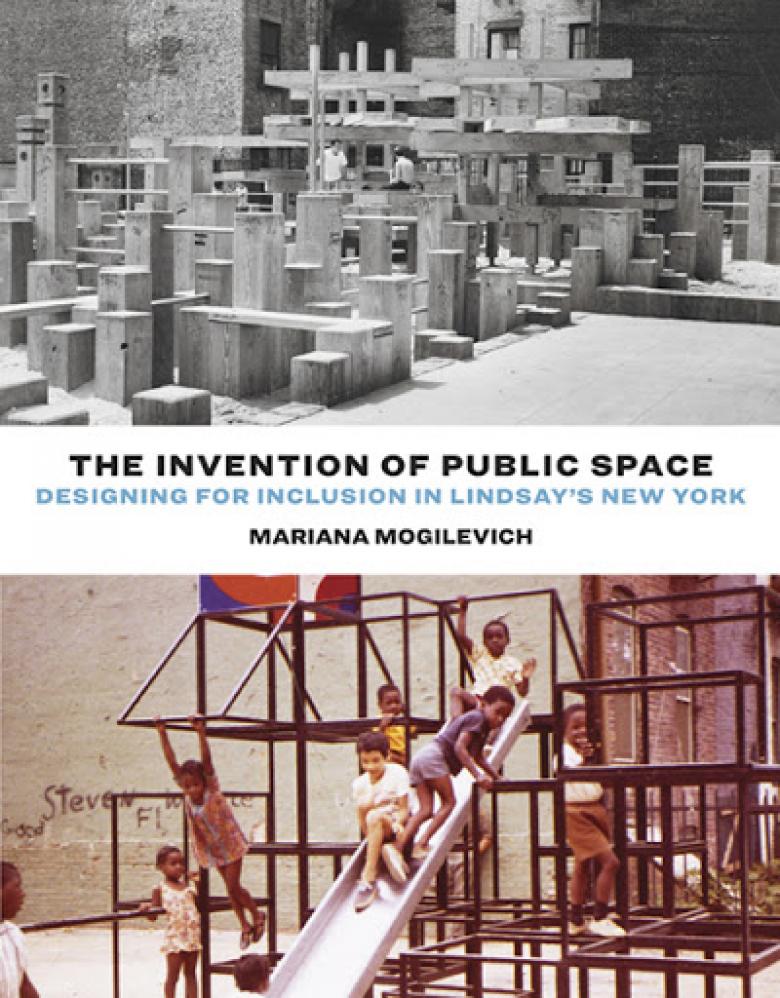 Cover of The Invention of Public Space Designing for Inclusion in Lindsay’s New York, by Mariana Mogilevich. University of Minnesota Press, 2020