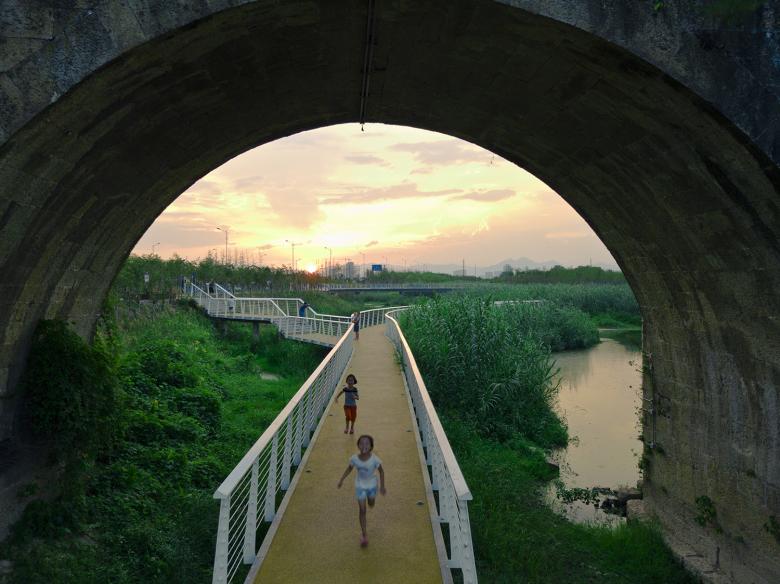 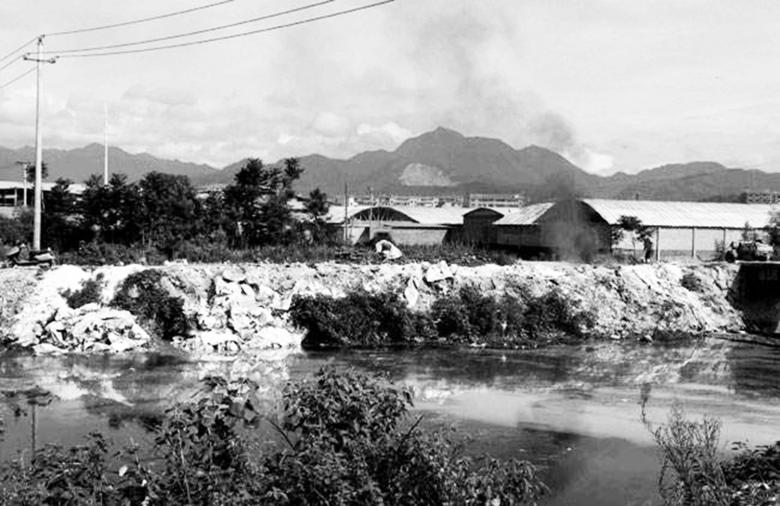 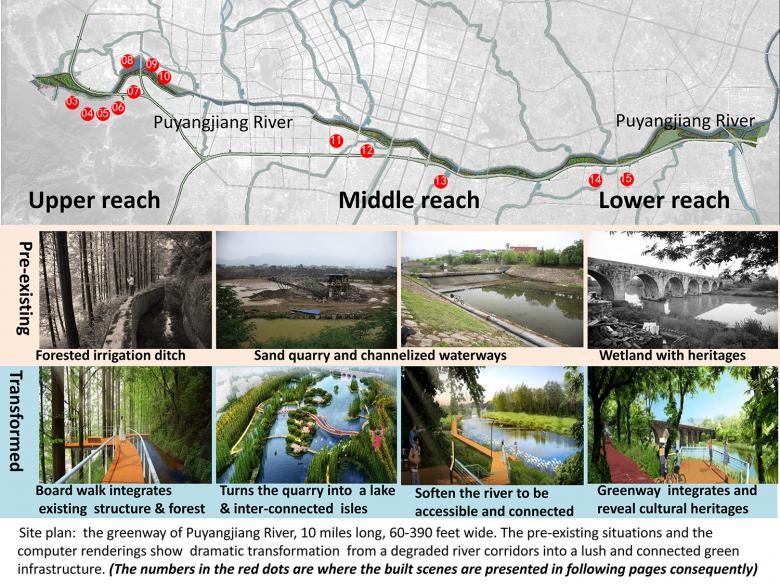 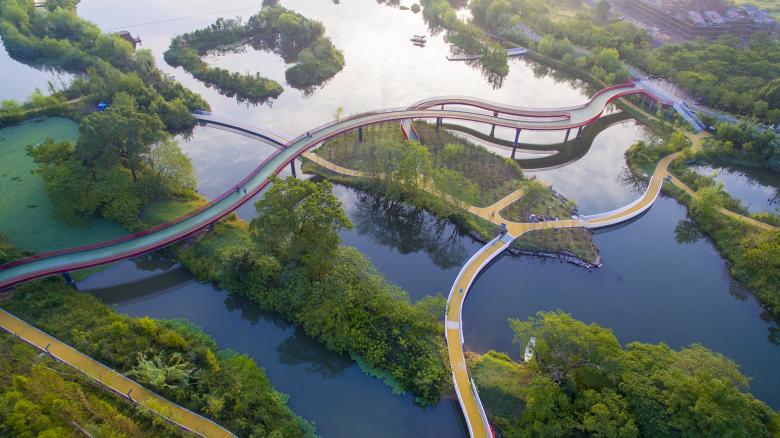 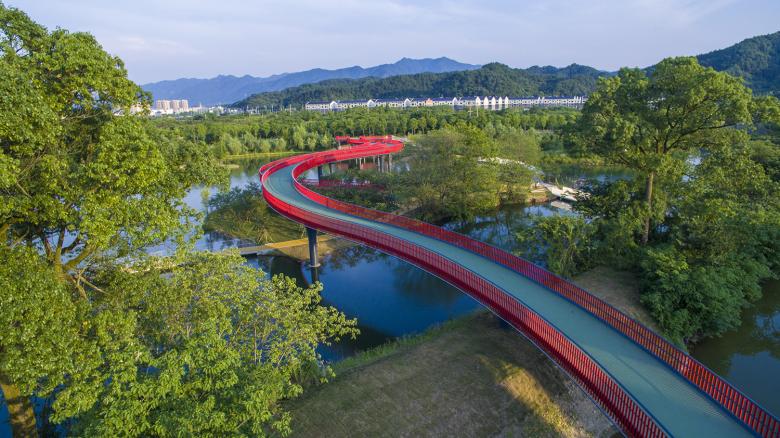 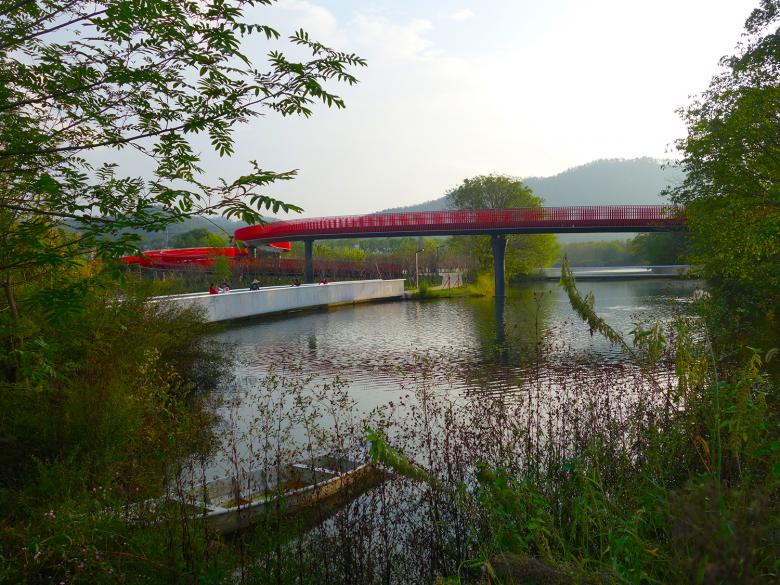 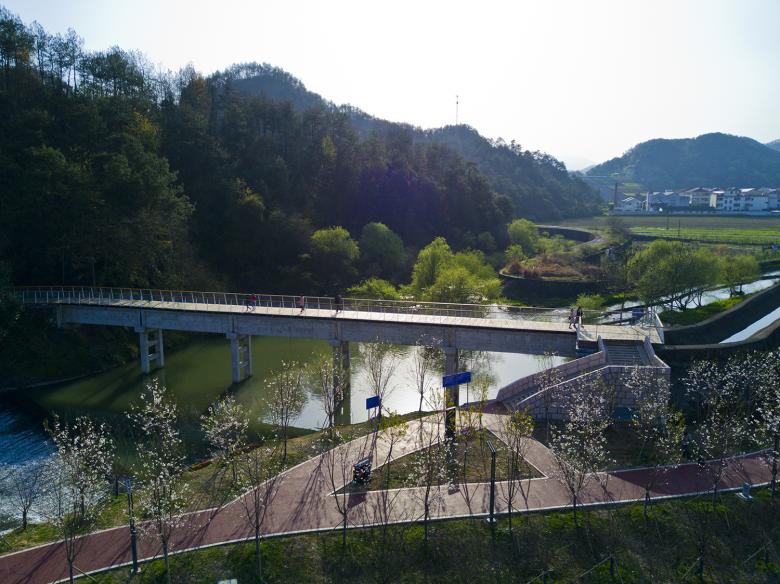 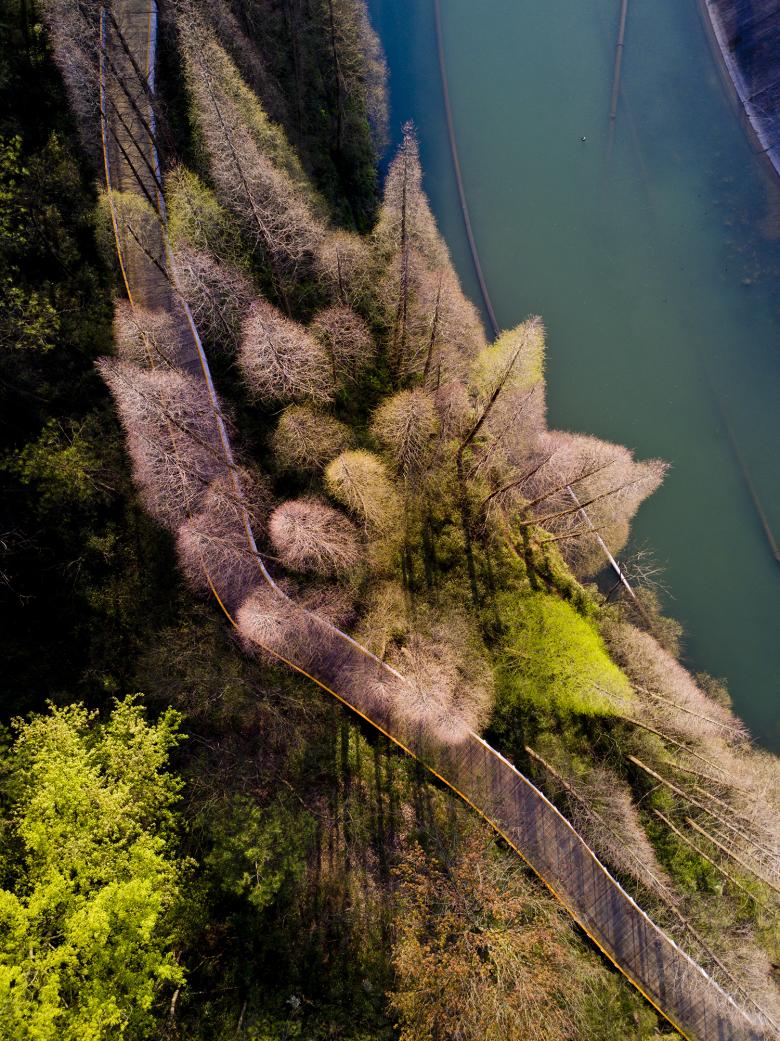 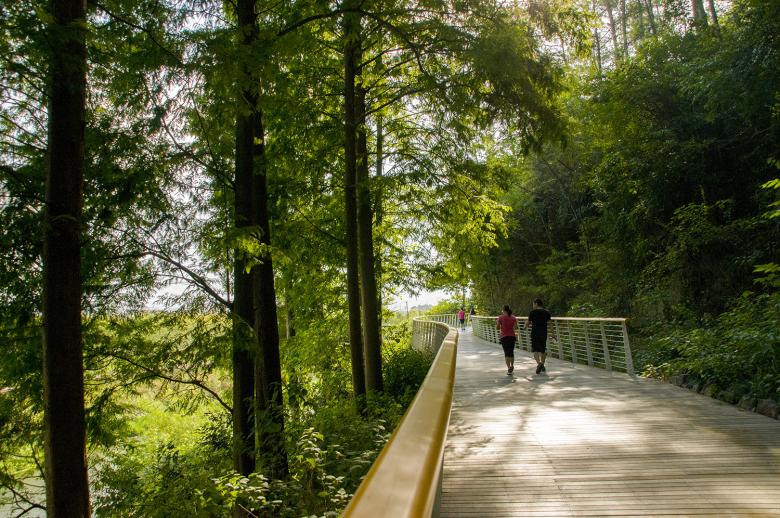 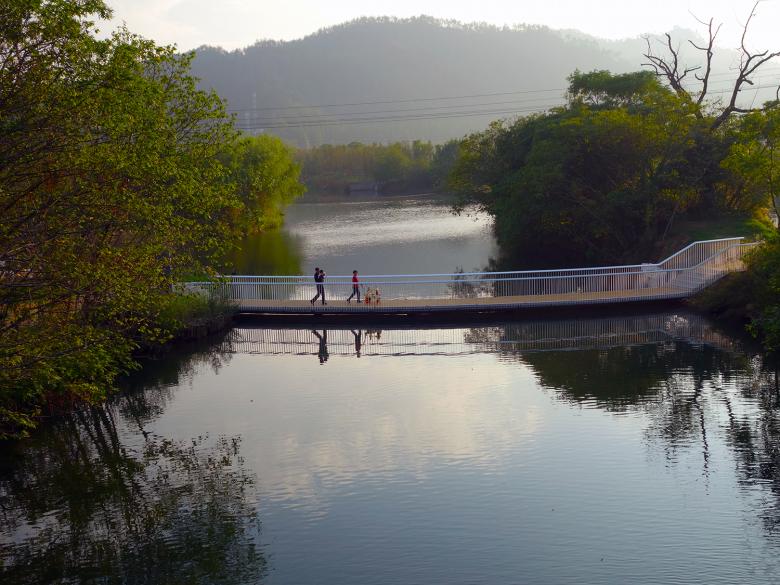 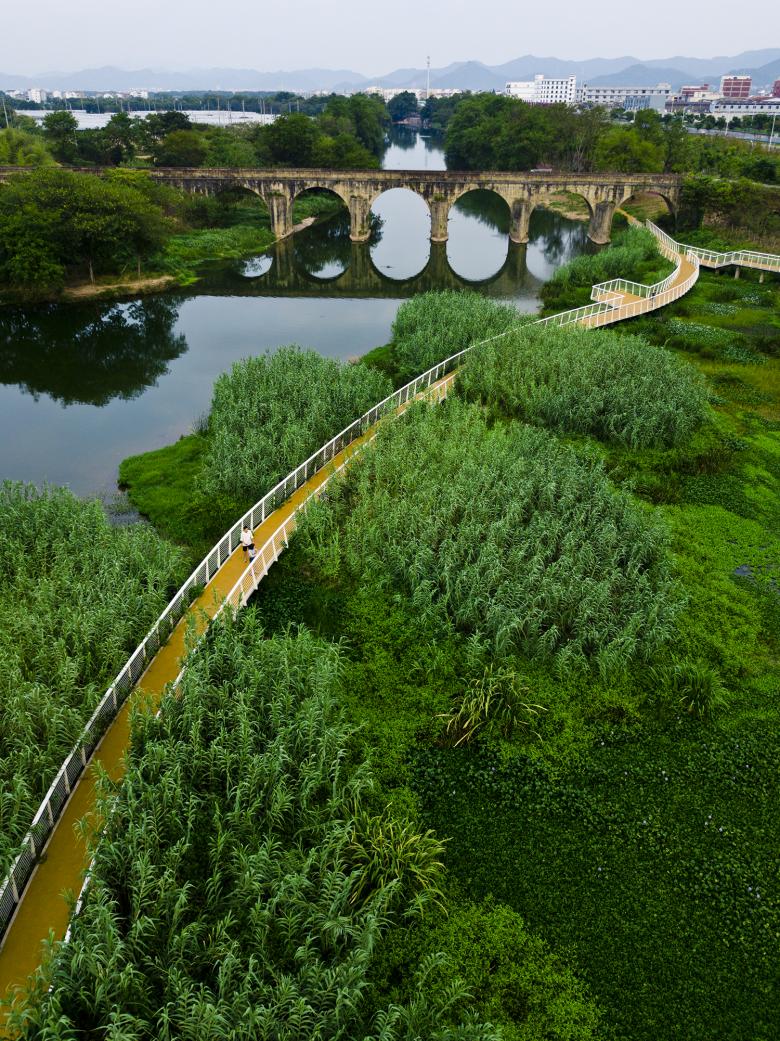 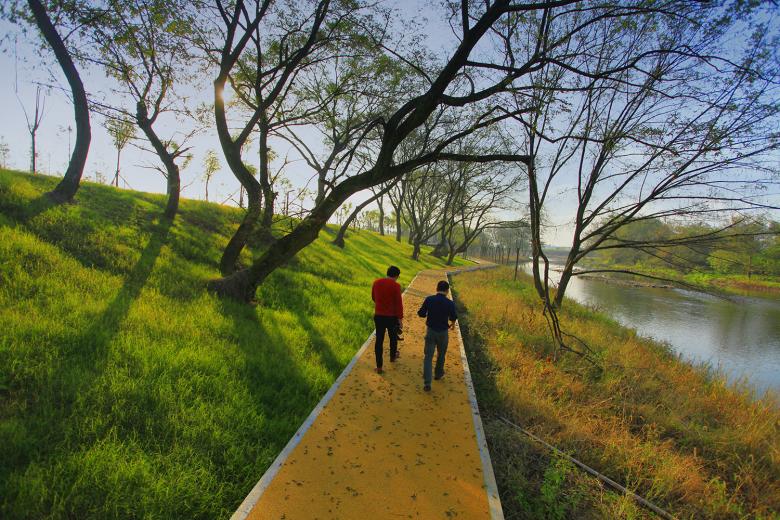 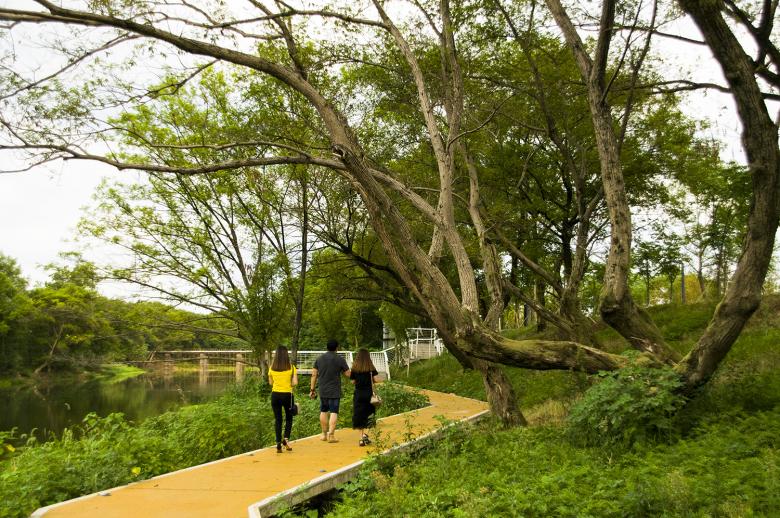 A degraded 10 mile long river corridor, covering an area of 484 acres is ecologically recovered and transformed into a lush and high performing greenway that reconnects human beings with nature. This heals the physical and mental damage done to the local community, who have suffered the degraded environment for decades due to relentless development.

Pujiang, a small city located in East China dominated by a monsoon climate, has a population of 100,000plus another 400,000 living in its vicinity. It occupies a small and productive basin which the River Puyangjiang runs through. For almost two thousand years, the city and its agricultural vicinity lived in an Edenic paradise. Such calm and harmony has been broken by the ruthless and rapid industrialization and urbanization in the past four decades: the Puyangjiang River and its tributaries were heavily polluted, water courses were channelized, and river beds were turned into sand quarries. The river became a backyard dump and people turned back from it. The river that used to be the pride and unifying tie of the community had become foe associated with ugliness, foul smells, and danger. As a matter of fact, it was listed as the worst case in the provincial region and ended up giving the city an unfamed identity. Beginning in early 2014, the local government launched a campaign to improve the overall living environment of the city and Puyangjian River was taken as a pilot project setting up a model for the city and the provincial region as a whole. Through competition, the landscape architect was selected and commissioned to transform the degraded river corridor into a greenway, with clean water, healthy ecology, and an active corridor for daily recreational uses that connects the community and brings back the beauty and dignity of their mother river.

Three strategies are taken to transform the degraded river corridors.

Firstly, softening and remediating. While the sewage from the city and factories have been piped into water treatment plants, the nastier problem is the polluted surface flow, largely caused by over used chemical fertilizers in the farm fields. The river was largely channeled with concrete and hard surfaces, and has lost its resiliency to water and lost its capacity for self-cleansing. The design removes the concrete of the river bank, recovers the riparian plains on both sides of the river and turns them into Green Sponges, which are designed to be flood adaptive, able to catch and remediate the surface flows from the agricultural fields and build areas biologically; Ecological buffers are designed so that the river water can be diverted, slowed down and cleansed.

Secondly, preserving and integrating. All existing vegetation along the river, notably the Dawn Redwood (Metasequoia glyptostroboides) grove at the upper reach of the river, and the Wingnut Trees (Pterocarya stenoptera) along the middle and lower reaches of the river, are all well protected and integrated with the designed vegetation. Cultural heritages and existing structures such as bridges, aqueducts, and water locks were all well preserved and integrated with the new design of paths and platforms, so that the memory of the past can be kept.

Thirdly, connecting and activating. Winding pedestrian and bike paths and boardwalks are built along both banks of the river; Bridges are built across the river to connect communities at both sides of the river; Resting platforms and gathering places are built to activate the greenway; An environmental interpretation system is designed to tell the natural and cultural stories of the river corridor.

As a result, in just three years, the mother river was cleansed and people come to swim and bathe in the river as they did when they were kids decades ago; The concrete river bank has largely been softened and native vegetation recovered, with frogs and birds coming back and making their homes here again; Continuous pedestrian and bike paths allow the newly urbanized residents to jog and ride in the morning and evening or have a leisure weekend family gathering. The beauty and dignity of the mother river has been restored, in addition to a modern and fresh face featured with contemporary landscape design, and has attracted tens of thousands of visitors every day.