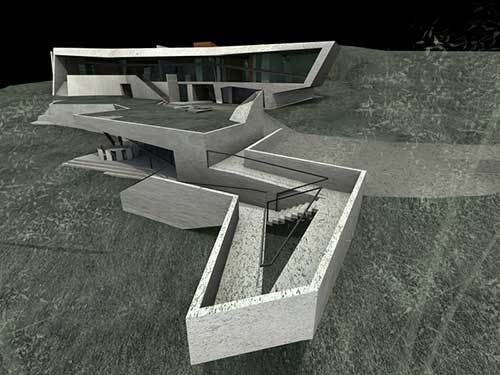 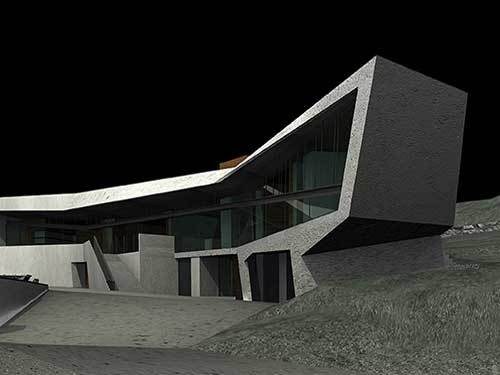 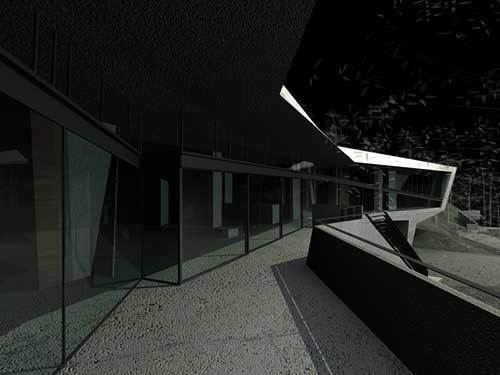 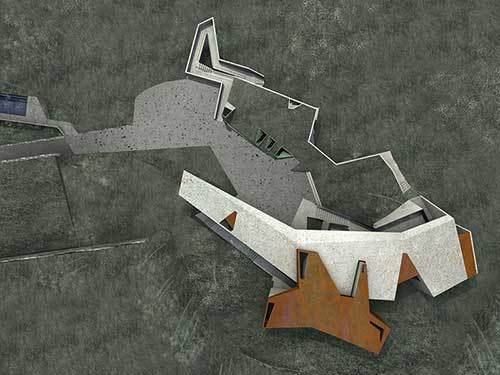 The history of the single-family house in Sydney during the last century is a record of changing conditions in regard to our relationship with the landscape. Previous responses range from ignorance, to mimicry, to contrast. Responses have involved the importation of ideas from elsewhere and the futile quest to develop a "vernacular". It is in this context, and aware of this history, that this house has been designed.

Castle Cove is a classic Sydney context - a steep, rocky ravine with tributaries connecting to Sydney Harbour. The site faces north and looks across the top of this tight crack in Sydney's bedrock. The site and peninsula is distinguished by the classic features of Sydney's geological structure - steep, heavily wooded terrain yielding to sandstone cliffs at the apex which are patterned by the horizontal layering of stone and the vertical splits formed by past collapses.

The house exists as a reverberation across the contours of the site - a reverberation which splits into two main parts either side of an entry terrace. The upper part accommodates the primary house program while a recreation area is embedded below the terrace. The primary material for the house is in-situ concrete, with the exception of smaller rooms to the rear of the site completed in glass and copper.

The singularity of the primary material response responds to the scale of the geological processes underpinning the greater site. More specifically, the detailed texture of the concrete will build upon the language of the striations and cuts in the landscape as it warps across the house extent. It is hoped that the occupation of the house negotiates between a visceral engagement with the site and the glamour and spirit of the California houses of the 50s and 60s by John Lautner and others.